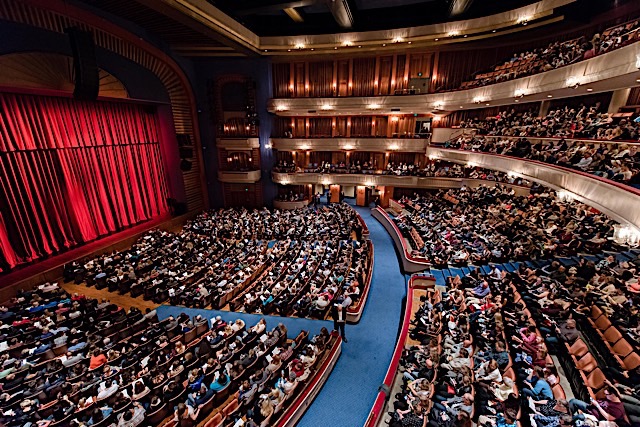 Spring is such a lovely time of the year, especially for us Minnesotans and those in the Midwest. It signals the end of winter, green grass growing and the flowers blooming but for us theater fans it signals the flurry of season announcements. The upcoming seasons for various theatres around town are slowly but quickly being released and some of them have me giddy.

“We’re back and with a bold new season of shows for Broadway @ the Ordway, starting with the triumphant return of the you-don’t-want-to-miss-it Broadway musical SIX,” said Ordway Producing Artistic Director Rob Kaats,

The upcoming season will feature SIX, Disney’s Beauty and the Beast, A Soldier’s Play, and My Fair Lady. Not only that but as part of their concert series they will be including the iconic and legendary Patti LuPone in Concert on April 14, 2023.

Back for another tour, SIX is a new musical that is about the six wives of Henry the VIII. Each wife has a moment to tell their story and how they lived their life whether they were divorced, beheaded or survived their marriages. As someone who has seen the show before, this is certainly not one to miss. It’s fresh, unique, catchy and has an interesting way of telling their story. It’s not your average musical and you aren’t going to want to miss it.

Disney’s Beauty and the Beast

Something I love that the Ordway is how they bring these incredible tours in but also produce their own musicals with beloved Twin Cities artists. This holiday season they will be doing a production of Disney’s Beauty and the Beast. An absolutely perfect production for the season to bring friends and family to.

Some cast members have already been announced including Rajané Katurah as Belle, Jorie Kosel as Babette, Thomasina Petrus as Madame de la Grande Bouche and Max Wojtanowicz as Cogsworth. Additional cast members will be announced at a later date.

In 1944, on a Louisiana Army base, two shots ring out. A black sergeant is murdered and a series of interrogations triggers a gripping barrage of questions about sacrifice, service, and identity in America. This 1982 Pulitzer Prize-winning thriller by Charles Fuller was revived in 2020 by Roundabout Theatre Company and even earned the 2020 Tony Award® for Best Revival.

A tale as old as time (not the one we already mentioned being Beauty and the Beast) but My Fair Lady tells the story of Eliza Doolittle, a young cockney flower seller, and Henry Higgins, a linguistics professor who is determined to transform her into his idea of a “proper lady.” This show is pretty dated and certainly an old one however this new staging of the show makes it a bit more modern.