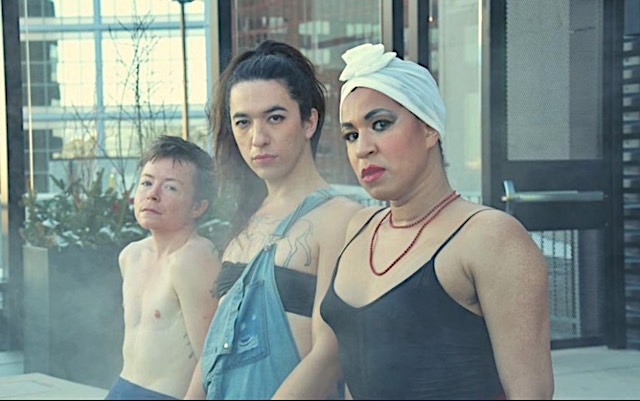 While we are always asking ourselves “what is normal,” now as the world slowly opens up again, many of us are trying to answer it. The Minnesota weather has warmed up which means we also are ready to leave the sanctuary of our houses and start seeing live performances, doing actual activities and being around a small group of people, not through a computer screen. This summer, consider seeing the return of Northern Sparks festival with “Alchemy,” which will run from June 12-27.

For those unfamiliar with Northern Sparks, it’s a festival that usually runs a few nights (although this year it’ll run over the course of two weeks) and started in 2011. The goal was to replicate the dynamic form of overnight art festivals that take place around the world. The first year was a bit of a surprise which included thousands of people showing up—and it has learned, changed and evolved over the years. 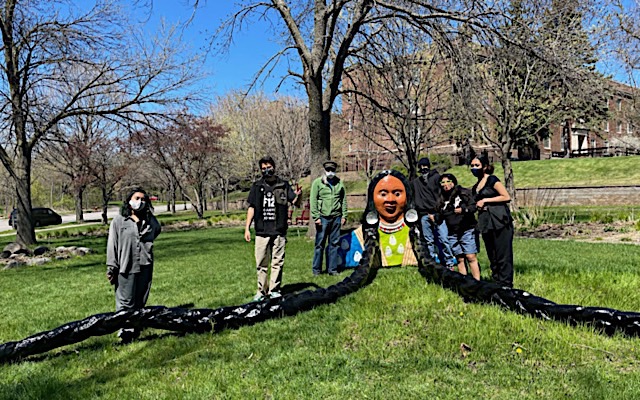 Braiding Our Stories Together. Photo courtesy of Northern Spark

“We wanted to build a festival that would highlight the dynamic art and creative culture of our cities as well as that special time in mid June when it is finally summer in Minnesota,” said Sarah Peters, Director of Northern Lights.

As I spoke with Peters more about Northern Lights, the undeniable and unavoidable question came from me which was how has the pandemic changed things. Ironically, Northern Lights was planning on taking a hiatus in 2020 for a few months before the pandemic hit. They were ready for a quiet year but the pandemic still loomed.

“Our challenges were similar to everyone’s: trying to concentrate on anything or be reflective with so many pandemic unknowns and grief, plus living through the uprisings after another police murder of a Black man,” said Peters. “These are not great conditions for productivity, and nor should they be.” 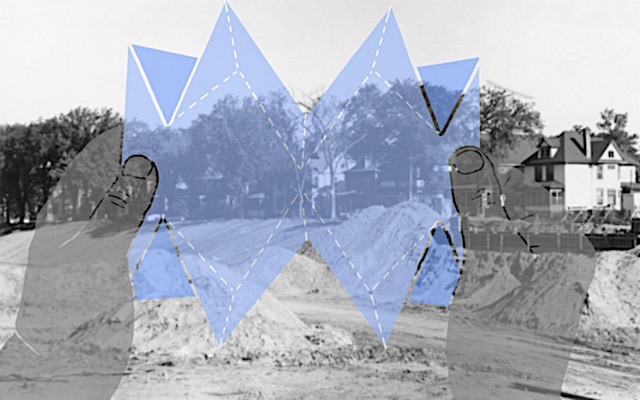 However, slowly through the dark there is a light that people can look forward to and that’s the return of Northern Spark. The pandemic has forced artists of all kinds to rethink the forms they know so well already which is why the Northern Spark 2021 Artist Council was actually excited to start the process of planning for this year’s festival. That’s how the theme of Alchemy was born.

“Our theme is Alchemy, which has a beautiful text co-written by the Artist Council that I encourage folks to read. The core idea is that we wanted the festival to make space to hold both grief and joy after this dislocating and painful year,” explained Peters. “Artists are alchemists who can mix disparate things together to make something new—a beautiful metaphor for moving forward.” 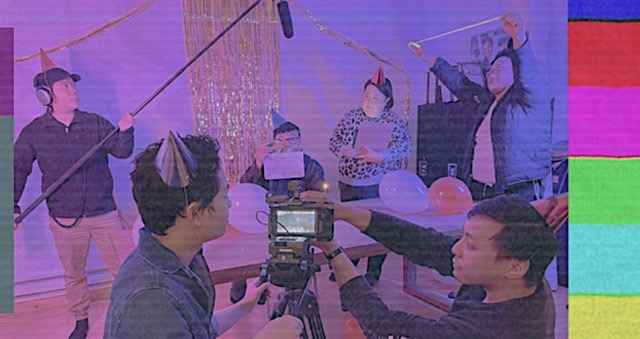 One came up with the idea of sending art through the mail—which is how the idea of the Mail Art Project was born. In any other year, this idea probably wouldn’t have worked or wouldn’t have been as interesting as it is this year. Virtual programming will be shared as well, including a platform called Virtual Connections, which will invite artists to make an experience using online meeting technologies. The artists are creative with some incredibly inventive work using Zoom which allows anyone to have a part in Northern Spark no matter where they live. There will also be in-person events for a limited amount of people.

The festival features a wide variety of activities including performance makers, dancers, musicians, book artists, sculptors, writers, and inter/multi/anti-disciplinary makers as well. This year will also feature a series of performances by Lightning Rod, which is a collective of queer and trans performance artists. The performance by Lightning Rod is described as a series of “four durational performances” where viewers will be welcomed into members’ homes (digitally) for a meal, a party, a vigil, a recipe share, roleplay and a song. Each performance lasts three hours including passive watching or ways for viewers to engage in the scenario.

As for the future, Peters says that they will eventually return to a fully non-digital, public space in the future years when it feels safe. You can expect that Northern Spark will continue to fill up plenty of public spaces with art including parks, riverfronts, rooftops, train yards, streets, and parks.

“We’ve been working behind the scenes to continue building partnerships with organizations rooted in the Cultural Districts in each city, with a dream of returning to a cities-wide event,” Peters described. “But we also want to learn from our experiments this year and may continue some virtual or mail art engagements. The expanded access these provide is refreshing.”

This is a reminder for anyone reading that the economic effects of COVID have hit the arts hard and it’s not over. The arts were already extremely under-funded and many artists were concerned about theaters, performances spaces, and music venues pre and now post pandemic. Once again though, Peters knows that there is a light at the end of the tunnel.

“Whatever the future financial picture turns out to look like, this year has taught us that we can be inventive and support incredible projects with whatever resources we have. We’ll keep doing that.”

More information on the festival this year can be found at https://2021.northernspark.org/