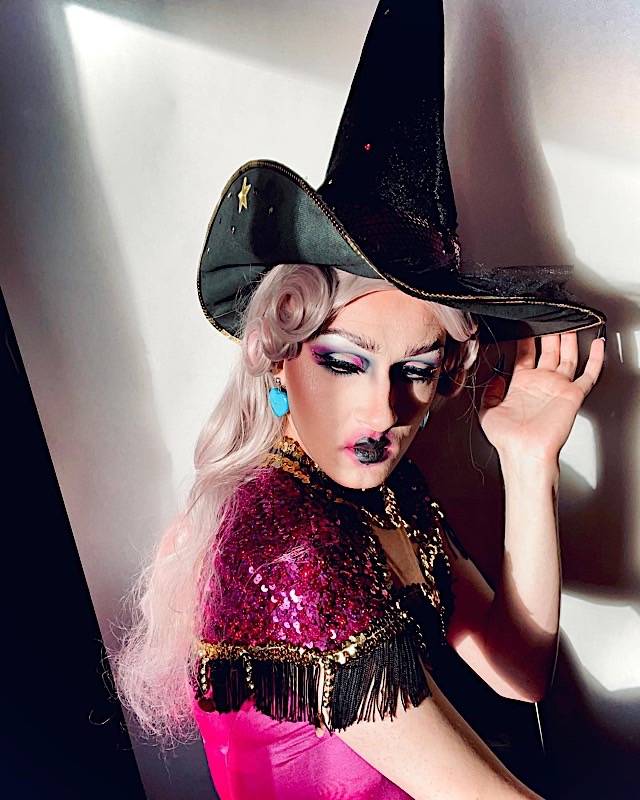 When the pandemic hit in March of 2020, no one knew how bad it would be.

That sentence alone has been typed out in numerous articles, news stories, and social media posts, however that’s because of how severe and true it was. I admit, I was one too who thought it would last a few weeks and then we’d be back to work in no time. The whole world shut down including countless industries—drag being one of them. Luna Muse was also one of those people who was stunned at how everything progressed. 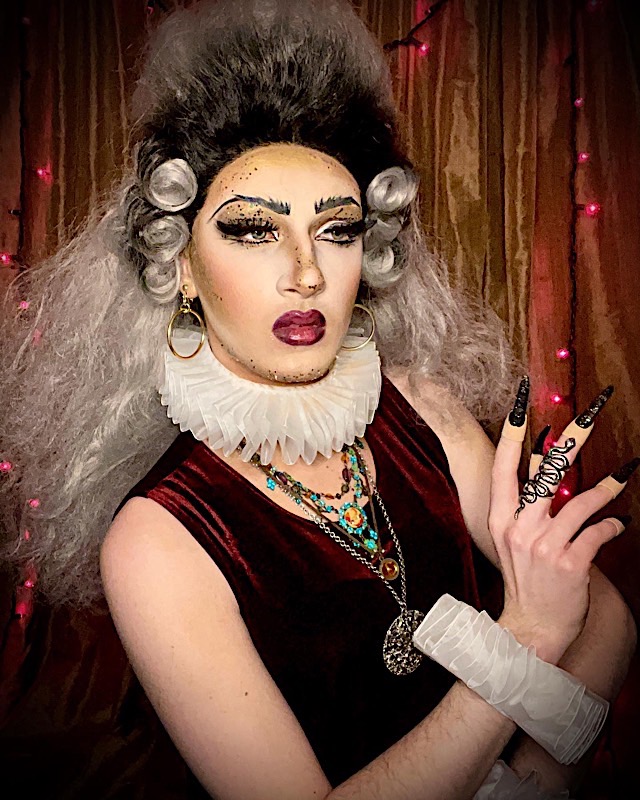 Luna, whose real identity is Cam Pederson, grew up as a theatre kid before diving into drag and has been performing on stages since fifth grade. She had experience when it came to dabbling in drag here and there with roles including witches and old ladies in children’s theatre, however drag was always something she wanted to try. After being “typed” as a chorus member one too many times, she decided to audition for her university’s Drag show, a middle finger to the luck she received in previous casting.

She remembers her first time performing in drag and how unglamorous yet hilarious it was—performing Katy Perry’s “Chained to the Rhythm” in a carpeted conference room. Performing for the first time in a large audience was both electrifying and scary. 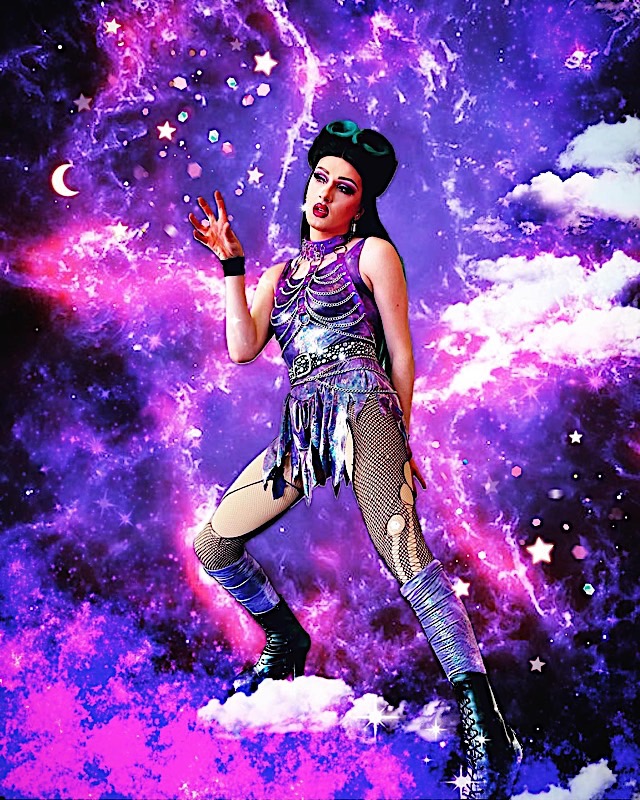 “There’s a certain power to Drag Artistry and I think it’s important to use that presence in a positive and fierce way,” Luna said. “The first time I had ever performed to a gay bar was when I started competing at amateur nights.”

Luna Muse has come a long way since that fateful Katy Perry performance. However that’s when the pandemic hit and halted everything. Luna went from hustling—working 40 hours a week, attending auditions every other week and performing in drag amateur nights at least twice a month. Then brakes came on. 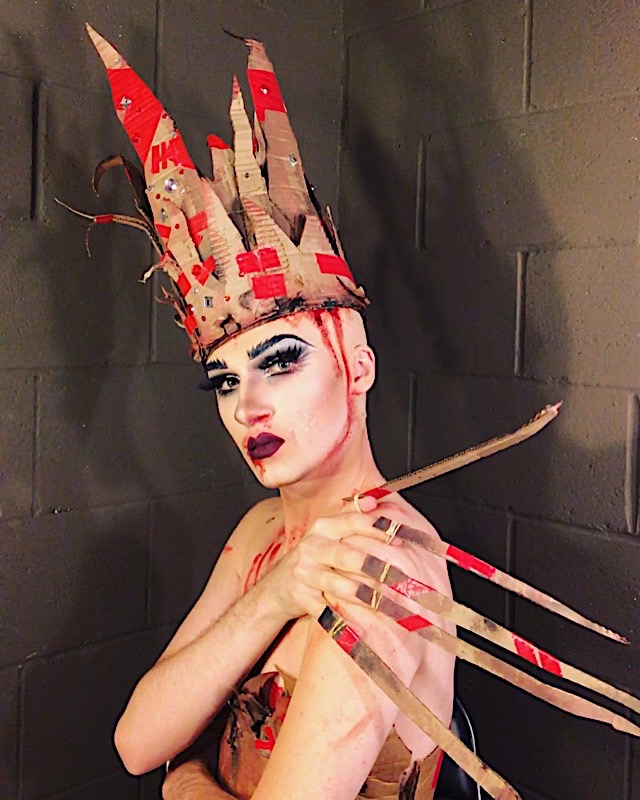 “I was selfishly upset because having just moved to Minneapolis in mid 2019, I felt my momentum was picking up speed,” Luna said. “I had bookings, competitions, and shows lined up in the theatre and drag world.”

Thankfully, due to Luna’s collegiate training being rooted in the art of truly hustling, she naturally has a need to always be busy. Which is why Luna took the pandemic as a time to hone in on her craft more, making lemonade out of lemons, whether they be sour or not. She spent the next few weeks amping up her social media presence, creating performances for digital events, utilizing her video editing skills, and more.

I first discovered Cam did drag as Luna when a friend sent me her Halloween project and from then on I became a fan. 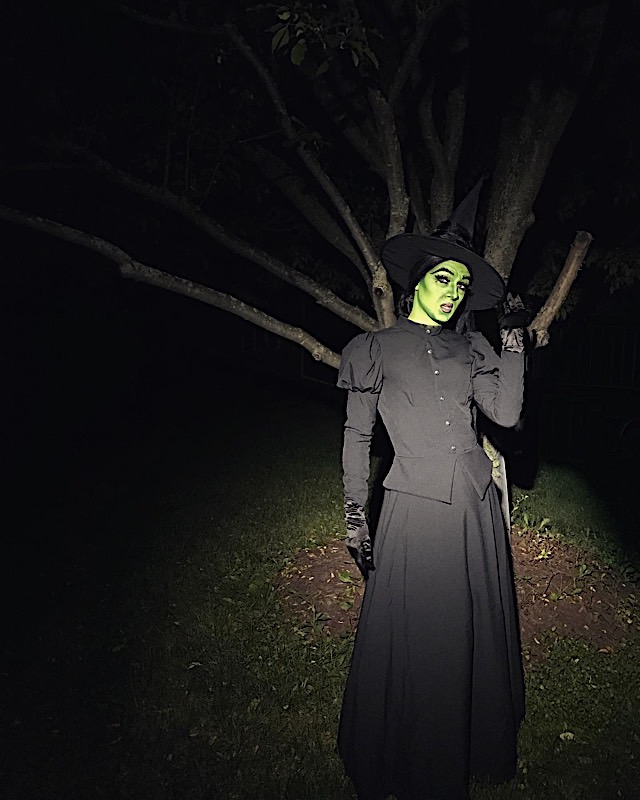 “As a ‘witchy’ gal, I was really bummed at the fate of Halloween this past year so I hit the books and flicks and created a quaint video series I titled ‘Witchy Film Study,’” Luna explained. The project was inspired by her favorite films that translated directly into the drag she’s created. The deep dive research includes musings from movies like The Craft, The Witches, Hocus Pocus and The Wizard of Oz.

Fast forward to May of 2021, the pandemic is slowing down with a majority of the country quickly becoming vaccinated, and with the recent mask mandate being lifted by the CDC. Luna has begun performing in person again, with the proper safety measures in place. Luna was featured in a recent WandaVision themed drag brunch. It became a viral sensation when Elizabeth Olsen, who stars as Wanda, spoke about it in an Entertainment Weekly interview. With that comes even more reopening of queer spaces, theatres, art venues, and more. I spoke with Luna more about what the future of these spaces look like. 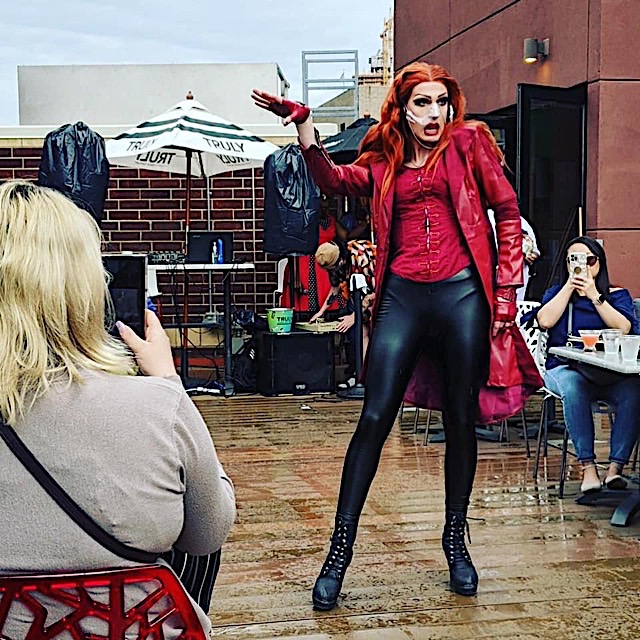 “I think we are entering an era where employers won’t be able to get away with inequitable work environments. If you are a queer space, then [issues] like racism, transphobia and mysogyny can not fly,” Luna said. “I do believe that spaces need to start doing the work to incorporate today’s mentalities about how staff, performers, and patrons want to be treated.”

As I finished my conversation with Luna, I wanted to ask her a really important question. I tend to interview a lot of queer people, and I am fascinated with everyone’s answer when I ask them: what does pride mean to you?

“Pride to me is an acknowledgement of history that has allowed someone like me to get up on stage and safely perform in drag. Pride is a celebration of the BIPOC brothers and sisters that have fought before us, so that our generation has it better than theirs—it’s a cycle of bettering the lives of LGBTQIA+ individuals so they may live in a more equal era,” Luna passionately said. “I am proud to have the opportunity to meet so many amazing Transgender people who are the definition of inspirational. I come from a very small town up in northern [Minnesota], so I thrive to educate and grow the minds of my friends and family who aren’t exposed to the rich diversity somewhere like Minneapolis has to offer. THAT makes me proud—to know that this kooky and vampy gal named Luna Muse is more than another living doll.”

If there is anything that Luna has taken away from this year—it’s that drag is here to stay. Drag artists and the queer community in general are resilient, no matter the circumstances. From digital performing, to performing with plexiglass and a face mask, drag artists have learned that they will always adapt to continue doing what they love.