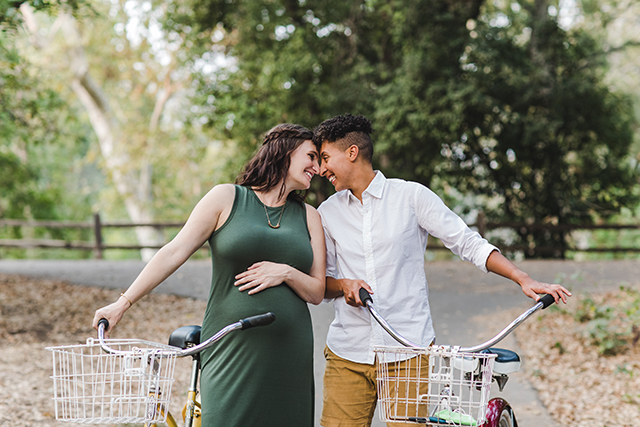 Basketball is a game of grace. Whereas football and, say, ice hockey can be reminiscent of the brutal Roman gladiatorial contests (the stadium for the USC Trojans is literally called the Coliseum), basketball is more akin to dance. The alley-oop like a cabriolé, the dunk a ciseaux. And while there is much grace involved in hockey and football, those sports tend to rely on brute strength, using one’s body as a sort of weapon. And while strength obviously plays an enormous role in basketball (as in dance), grace and finesse are the sport’s raisons d’etre.

We recently caught up with Layshia Clarendon (she/her, he/him, they/them), guard for the Minnesota Lynx—and the first openly nonbinary and transgender player in the WNBA. “Just finished up practice,” they say, without any perceptible post-practice fatigue. “It’s a Monday, a little rough.” Practice, they explain, typically lasts “anywhere from an hour and a half to two and half hours, depending on the day.”

Pro ball has its groundbreaking icons, trailblazers like Candace Parker, Michael Jordan, the Lynx’s own veteran Taj McWilliams-Franklin, LeBron James, and, among others, Layshia. Originally from San Bernardino, CA (“Shout-out to Inland Empire!”), Layshia was a historically out first-round draft pick for the Indiana Fever back in 2013. Alongside Brittney Griner, they flipped the switch, opening the closet door, as it were, for the likes of Jonquel Jones, Sue Bird, Delle Donne and other players and coaches to come out—comfortably and without fear.

To speak with Layshia feels almost as if you’re speaking to multiple people: Athlete, Activist, Parent, Role Model—each dedicated entirely to their role. But Layshia is one person: a lightning rod of energy, ability and heart.

That isn’t to say they’re frenetic or scattered in any way; Layshia’s voice is cool and even, their thoughts collected and focused. They’re a professional basketball player, after all, and focus is key.

“My childhood was pretty much colored with basketball,” they say, “and every type of game.” Layshia grew up in a cul-de-sac with older sister Jasmine and younger brother Terry, both ball players. “Sports is really near and dear to my heart. Had a lot of cousins who came over and played. We had [neighbor] kids on both sides of the house where we lived—so everything from street hockey to basketball, to riding bikes to freeze tag, everything in between. I played a lot, with a lot of kids, growing up. I think play was a big theme of my childhood, and it’s always been a part of who I am.”

After a pause: “I did go to school, too.” They laugh. “But playing was something that really sticks out for me. And, you know, trying to do well in school so I could just play sports.”

Speaking of which: Math kid or English kid? Layshia’s a self-described “get-good-grades-so-I-could-play-sports kid.”

Consider the athlete: Layshia moves down the court like liquid, takes it to the rack with feline dexterity. From the stands, their play looks effortless, impossibly concentrated. But, they admit, “I definitely still get nervous anytime I play basketball.” Hard to believe, watching them drop 18 points over the Las Vegas Aces back in July (or 27 points back in 2017, leading Atlanta over Indiana). The three-pointers appear predestined, the cursive dance down the court almost leisurely. But that’s the thing about masters of their craft: they make it look easy, and they’re electrifying to watch.

Layshia’s older sister Jasmine was basically the impetus for their basketball career—specifically, Jasmine’s basketball skills. “She’s, like, 6’3” —it doesn’t make sense,” Layshia says. “I’m 5’9”. Yeah. Not fair. But obviously I chose to play basketball, I just don’t remember making that choice. It was always just something that was part of my life. My dad refereed for about 15 years. So of course I wanted to be better than my older sister. I was always trying to one-up her, go to a better school than her, go to this tournament and win that.” Layshia laughs. “So shout-out to her for being my motivation.”

One of the most remarkable things about Layshia is their focus and presence-of-mind. During their senior year at Berkley, murmurings from the WNBA draft boards were increasing in volume. “I was really focused on being in the moment my senior year, and was like, Oh, if I get drafted that’d be amazing. Trying to stay present. Obviously it was a dream of mine.”

And then, a spark of serendipity: “Actually, [head coach and general manager for the Lynx] Cheryl Reeve was one of the coaches that came to scout me, so that was really interesting.” The rest was something of a whirlwind, hence the aforementioned stress on presence-of-mind: “So, yeah, we went to the Final Four and I got invited to the draft, and then it feels like it kinda just happened… But I was really present in the moment, and trying to stay focused on my college career at that point.”

Layshia adds: “It goes pretty quickly after that, though. From the moment the [Final Four] tournament’s over, to getting invited to the draft, to flying out. The tournament’s in March, and the WNBA season starts in May, sometimes end of April. So it’s a really quick turnaround, flying to a new city and starting your career.”

Incredibly, however, Layshia “actually missed my first WNBA game to fly back for graduation.”

While the move from sunny California to considerably less-sunny Minnesota can be a shock to some, Layshia explains, “It’s fun! [Minneapolis] has always been one of my favorite cities to come visit when I was on other teams, so it’s really cool to actually be here and get to do more than just be here for two days. It’s cool. It’s pretty queer, which I love. There’s good food, a lot of outdoor stuff. It’s a good mix of all the little things I love about living in a certain place.”

In December 2020, Layshia and wife Jessica Dolan (she/her) welcomed Baby C (they/them) into the world. This, of course, has changed everything. “Parenthood’s hard!” Layshia says, and laughs. “It’s the most beautiful and challenging thing I’ve done in my life so far. And it’s ever-changing. Your child is constantly changing, things are constantly new. You get down a routine, and then they change, all of a sudden. They’re doing something new that they weren’t doing the day before—now they can roll over, and they’re about to start crawling really soon. So that changed our lives. That’s been the most challenging part, but it’s also the thing that keeps you the most present in life: whatever’s happening right in front of you, in the moment, and that’s really one of the gifts that they bring.”

Layshia adds: “All the parents that have done this in the WNBA, I have a lot of respect for them. There are quite a few moms in our league, and I think it’s pretty cool what they’ve been doing.”

Layshia and Jessica have chosen to raise their child without the perimeters of gender, offering Baby C the freedom so many have worked—and continue to work—toward.

Finally, encapsulating all of this, there’s the role model, the force of change, an outspoken symbol of hope for folx of all ages. In 2020, Layshia joined the WNBA/WNBPA Social Justice Council, which actively works to tackle issues surrounding racial justice, public health, LGBTQ+ advocacy, and others. “It’s definitely a privilege,” Layshia says. “It’s something that I definitely take a lot of pride in, and I know that there are a lot of people who’ve helped blaze this path. Although I’ve been technically the first [openly nonbinary and transgender player], there have been a lot of people who’ve helped shape this opportunity for me. So I don’t take it lightly.”