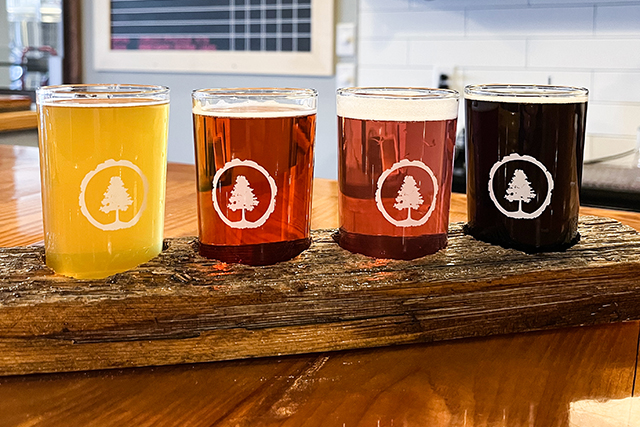 Writing is not fun, and anybody who claims otherwise is merely stringing words together. Dave Eggers, in his introduction to David Foster Wallace’s Infinite Jest, attested that, among the 1,067 pages, “there is not one lazy sentence.” The poet Joe Millar told me over drinks in Portland one night that “writing is work; it’s like roofing a house.” In fact, Michael Pietsch, in his Editor’s Note for Wallace’s final and masterful (and unfinished) tome The Pale King, mentions that Wallace “described working on the new novel as like wrestling sheets of balsa wood in a high wind.” Many writers I’ve worked with have imparted a single word of advice to folks who want to pursue the craft: Don’t.

In fact, the truly gifted writers don’t seem to pursue it at all—it pursues them, like an effectual call, practically monastic in its obligation. There’s something of a compulsion to it: the writer must be a fluid observer, recording every sensuous detail about every experience and synthesizing that galaxy of information into something interesting to read. It’s no wonder so many—like Wallace up there—end tragically. They find ways to cope, or don’t. My mentor in grad school told me, evenly, chillingly, that “you must learn how to live a sedentary life, or this thing will eat you alive.” Hunter S. Thompson’s daily routine famously included “Chivas Regal with the morning papers” and, among a menagerie of other vices, lunch of “Heineken, two margaritas, coleslaw, a taco salad, a double order of fried onion rings, carrot cake, ice cream, a bean fritter, Dunhills, another Heineken, cocaine, and for the ride home, a snow cone (a glass of shredded ice over which is poured three or four jiggers of Chivas).” It’s a harried existence, being a writer, having to see the world through so many points of view: the eye of a poet, a door mouse, a hurricane.

My compulsion as a writer is to travel, to immerse myself in and document different experiences. If I am not doing this, I start to feel cagey and frustrated, that my time is being wasted. In other words, I didn’t listen to my mentor. It’s a rewarding life, if not isolated and exhausting—there’s a fine line between independence and loneliness.

So I find myself arrowing north on a Saturday in mid-March, a couple days after deadline for this story, heading back to Three Twenty Brewing Co. in the idyllic village of Pine City, a sort of postcard-perfect Anytown, U.S.A., where kids play fast-pitch in the water tower’s belled shadow. It’s a cool hour from the Twin Cities, light traffic today, the sun on blast, the moon like a cataracted eye. I’d visited before, back in October, while covering Saint Croix State Park. But there wasn’t enough editorial real estate in that story to give Three Twenty justice.

Writing about beer isn’t easy. There are a handful of readymade descriptors—crisp, light, hoppy, refreshing—but these are threadbare to the point of meaninglessness. Beer can be haunting, multidimensional, startling, nostalgic. It has transcended to the level of high culinary art, like any fine whisky or wine. Done right, beer is poetry.

Three Twenty is owned and operated by locals Nick and Cassandra Olson, who opened the brewery with a focus on community, a space to gather with family and friends. In fact, while I’m posted at the bar, two former high school buddies unexpectedly reunite. It’s a sort of “Is that? Are you?” moment, followed by a lot of back-slapping, one of the men near tears.

There are eight options (plus a non-alcoholic pale) on the board, which rotates with each season. I order a couple flights, taking notes on my phone. The Pert’Near Cream Ale is balanced and subtle; the Blood Orange Blonde complex, bold, the right side of tart; but the Pert’Near Pear is a standout among standouts: strange and sugary, refreshing and delicious—I’ve never tasted a beer quite like it.

Nick enters in a flourish, greeting everyone in the place as he weaves into a back room to address a tapped keg of Wild Berry Sandbar Seltzer (light and summery, but somehow deeply flavorful—like a melted popsicle, in the best way possible).

Physically, Three Twenty feels like a harmonious mashup of a brewery and a smalltown bar: an open concept of warm woods (some 120 years old, preserved from the space’s original iteration) and big windows and natural light. The distillers and circulating tanks and fermenters in an adjacent room are clearly visible through enormous panes of glass: a testament to Nick and Cassandra’s transparency in their process and devotion to quality.

According to something called The Beer Connoisseur, Minnesota ranks 17th in the country for their dubious list of “All 50 States Ranked for Beer,” but that article was published in 2019—it’s already outdated. If it had been published a few months ago, it’d already be outdated. Breweries come and go, with sparks of brilliance everywhere, often fleetingly. Not to dunk on this “All 50 States” list too much, but—and this happens a lot—their Minnesota blurb focuses entirely on the Twin Cities. That’s a huge oversight. Plus there’s no way we’re ranking behind Wisconsin.

I’ve drank beer all over America. Brooklyn, Chicago, Los Angeles, San Francisco, Portland. And Minnesota is, for me, among our country’s strongest beer states. Highlights include local joints like Venn, BlackStack and Barrel Theory, and outstate gems like Revelation on the northwestern border, Imminent down in Northfield, Forager in Rochester. And, of course, Three Twenty.

Nick appears at my side, cracking a cold brew. He’s frazzled but collected, sweating but smiling. Owning and operating a brewery, on your terms and with your recipes, is not easy work: it’s a marriage of engineering, artistic expression, tenacity and grit. I shake his hand and comment on the deliciousness of the Kashmirium IPA, holding my honeyed pint aloft. He thanks me. But he already knows the Kashmirium is delicious—like the poet, the painter, the chef bent to his toil, Nick’s standards are high.

This is what makes these rural breweries so compelling: they imbue some artisanal flare into a doggedly domestic beer demographic, and are met with open arms.

On the drive home, I think about art as work. Jack Kerouac wrote On the Road on a 120-foot scroll, unspooling all over his cramped Manhattan apartment like rogue videotape, the man sweating through his shirts as he banged out about 100 words per minute, all but frothing at the mouth, compelled to write his story, riveting and weird and classic, a sliver of his soul to be sent out and swallowed by the world.