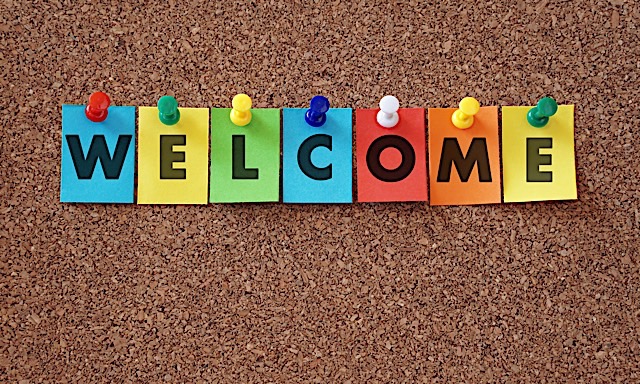 My very first Pride event was in Cedar Rapids, Iowa, in 2004, when I was freshly out, and naively believed that I was a gay man with a rabid panty fetish. (Boy did I get that wrong; it turned out that while I love men, it’s only if I can do that as a woman!)

In Cedar Rapids, on a sweltering June day, there were maybe fifteen booths and at most fifty people in a downtown park. Yet, it was something real when being visible still wasn’t common or necessarily safe, and when realness was all that mattered.

Three years ago, I spoke at the Grand Marais Pride event. Before my talk, I joined thirty or so queer people and allies as they waved rainbow flags and carried signs for a “parade” through the town’s business district. Thankfully, there was nary a negative car horn honk or even a condemning look along the entire parade route.

More recently, I discovered what I consider to be the most organized, best networked Pride group in any small town in America.

Yes, that’s right, the most dynamic small town Pride organization I’ve ever encountered is in nowhere Nebraska, in a town that’s only reachable by windy two-lane roadways.

And yet, Norfolk Area Pride (NAP) is rocking it.

NAP was founded three years ago by a physician, David Cockrum, a former U.S. Air Force colonel and operational commander who had the distinction of being the highest-ranking Air Force service member in a same-sex marriage. After his military service, David landed in Norfolk to work at the local hospital.

David’s inspiration to found NAP came when he and his husband took part in the 50th Stonewall Pride celebrations in New York City. David was overwhelmed with its atmosphere of acceptance and joy, and he returned to Norfolk determined to create a Pride organization that included LGBTQ people and other marginalized humans.

Within short order, David and several volunteers had NAP up and running. Despite the pandemic, the organization hosted its first Pride event last fall, where it attracted nearly 800 attendees, many of whom weren’t LGBTQ.

It was because of NAP’s focus on both LGBTQ folks and the community at large that I recently spent time in Norfolk, where I presented my Gray Area Thinking® human inclusivity training twice. The stint also included giving a “Transgender 101” talk at the local community college, which had partnered with NAP to bring me to town.

Several things set NAP apart from any other Pride group I have ever encountered. For one, they were darn organized. A week before I was set to arrive, they forwarded not one, but two itineraries—one for the day and a half that I would be presenting and another one for where I’d be staying (with contact/credit card information) and the location of the two McDonald’s restaurants in town. (Ah, regrettably, I’m a fast-food junkie with McDonald’s fish sandwiches and cheeseburgers as my drugs of choice.)

More importantly, I arrived at the city’s very modern public library forty-five minutes early to find a team of volunteers ensconced in a large conference room with fifty printed attendee nametags—including the businesses or organizations they represented—alphabetically organized and awaiting recipient.

On the other side of the room was a table of delightful finger food and desert—professionally arranged and quite enticing, created by a volunteer who obviously merited her own restaurant chain.

This wasn’t a hack operation one bit. The room was set with fifty chairs, each having a flyer perfectly positioned on seat center for absolute symmetry. Someone was quite neurotic about that, but for a perfectionist like me, the image was nirvana.

Most of all, the NAP folks did their homework by spending countless hours networking to invite as many “important” people from the city as possible. The hard work paid off with two full house events that had the city’s mayor, its fire chief and lieutenant, and two seventy-something nuns from a local monastery in attendance.  Business leaders, educators, health care professionals, and a therapist also showed up for a wonderful mix of humanity.

In other words, NAP very astutely understands that to succeed in small town America, a Pride organization must be inclusive of everyone. That’s something that I simply adore about the NAP team—they’re working to break all kinds of barriers.

If we’re going to win the fight for acceptance—for a place at the table—we need to have a chair for everyone who’s never been invited to the meal.

And that’s really the point, right?

There are thousands of small towns in America—other “nowheres”—that would benefit from studying and then replicating NAP’s model. I’m thankful that I had the opportunity to work with such a first-rate group of people!