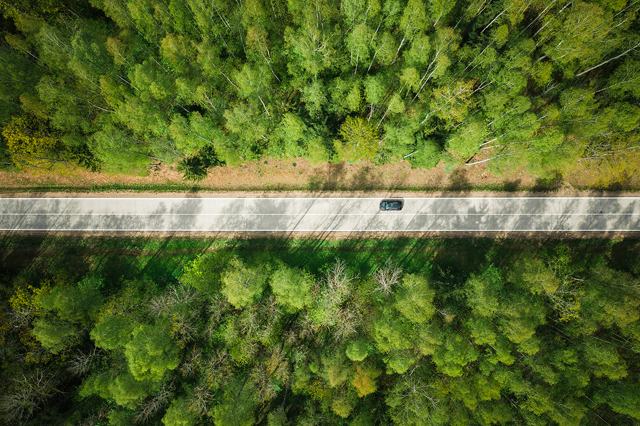 A good chunk of my life can be summed up with variations of the theme, “Never say never”:

“I’ll never do that again.”

“I’m totally and completely done with it.”

“No way in hell will you find me repeating that.”

Oh, the countless number of times that I vowed to never do something—or to at least not do it ever again—and then, yep, I went and did it. Sometimes, over and over.

People who I proclaimed I would never date and then found myself in bed with them.

The crappy job that I refused to consider, only to later take it.

The gender confirmation surgery that I swore I’d never have. (On this one, thank god I broke my vow and had the surgery; it got me to finally be the real me…)

The condo with the flat roof that my gut loudly nagged would be a problem. Totally disregarding my inner voice, I went ahead and bought the condo; six years later, that flat roof leaked like a sieve and cost me $17,000.

Finally, there was my vow about never again owning a house.

Ten years ago, I sold my house in Iowa and moved to Minneapolis to live in a condo (the one with the leaky flat roof); the plan was to be a condo dweller until my time on this good Earth ended. I was dead certain that I had fully served my time hassling with mortgage payments, wet basements, lawn care, and darn snow shoveling.

How silly of me to forget that nothing’s ever set in stone.

Thus, a couple weeks ago, I found myself closing on a brand-new house that’s not exactly what I wanted, but given a very tight new home housing market, certainly something that I could live with.

To make things even more interesting, the house isn’t in the city—nope, I’m living out in rural Carver County with two-lane roadways, farm fields, and electrical cooperatives.

Why oh why, Ellie?

A year ago, buying a house was the absolute last thing on my mind. I had successfully navigated the transition to city dweller and HOA-check writer. Plus, as a bicyclist, living downtown had great advantages; from my front door, I could go in four different directions and be on a trail or bike lane within minutes.

It’s not just one thing. The sirens downtown (I live a half block from HCMC) have been taking their toll. Tall buildings block my view of the horizon and sunsets. Condo life has most everyone behind locked doors; there’s no waving to neighbors hanging out on front stoops and inviting you to come sit a while.

Probably the biggest factor is that I want a dog, a golden retriever. I’ve had two goldens in my life and both were great companions. But I was a busy trial lawyer back then and couldn’t really give either dog the time it deserved. Now, things have slowed down which means that I can be a better human to a four-legged pal.

Downtown is no place to raise a large dog like a golden. The nearest patch of grass is two blocks away and certainly, there’s no good place for a dog to run.

Still, with all of this, I’m going one step farther than I ever expected: my new house is in Trump Country. Carver County went solidly red in the recent elections and you don’t have to travel far to see one of those awful MAGA flags fluttering in the prairie wind.

I’m guessing that there aren’t very many “out” transgender humans in Carver County. I’ve already noticed how some folks react coldly to my (masculine) voice juxtaposed against my (feminine) appearance.

The value of living in a condo is that once you enter the building on the ground floor, strangers on the street have no idea where you really live—it could be the second floor or the 17th. There’s some real safety in that.

Now, it will take nothing to know where I live. For the most part—especially because I believe most people have good hearts and because I’m relatively easy to like—I’m okay with taking that risk. For sure, though, feel free to check back in a year to find out how things are really going.

With all of this, I’m reminded that life truly is a journey and not a destination. Who knows what other vows I’ll break in the coming year?

I’m certain there will be one or two at the very least.