Skirting the Issues: Fading To Black 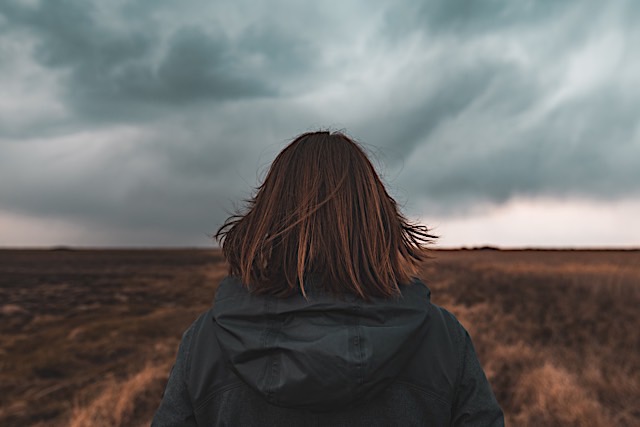 For Pride this year, I have been thinking about younger queer kids.

Because there are no other visible transgender adults out here at the edge of the prairie where I now live, and because I have a burning desire to make a positive difference in the world, several months ago I contacted the local school district and offered my (free) services as a diversity and inclusion trainer. They took that offer, and among other things, I’ve been showing up at Gender and Sexuality Alliances (GSAs) to talk with middle and high school students.

It turns out that interacting with those “kiddos” has been humbling as hell. They are incredibly self-aware and confident and know so much more than I could have ever imagined when I was struggling at their ages to figure out weird thoughts about wanting to wear girl underwear and being attracted to boys. I naively believed that those thoughts would go away until they didn’t.

But not these young humans—they’re way more astute.

For example, I sat with one middle schooler who had a better sense of self than half the adults I know. Another student impressed me that he may be a real writer with genuine story points. And then there was the young teen whose parents shut down an important part of her authentic life, only for her to show up and want to protect others.

I’ve told the students that I’m in awe of them and that I’m darn envious of the fact that they have so much figured out at their ages.

Every time I meet with these young humans, I walk away wondering if I had really offered then anything concrete. On the other hand, it just may be that my mere existence is proof that it you’re persistent—that if you hang in and believe in yourself against all odds—you’ll survive long enough to actually thrive.

In some respects, this is holy work, interacting with much younger humans who are making their way. Not that I’m holy at all, mind you; it’s just that very few people get to do this and for that, I’m extremely grateful.

And yet, there are dark clouds on the horizon, making me fear greatly for my new younger acquaintances. With what is going on in America, will they even get the chance to thrive? Will those in power who don’t understand or who don’t tolerate people who are “Other” cut these young humans’ courses short?

By the time you read this piece, the U.S. Supreme Court very may have issued the real Dobbs v. Jackson Women’s Health Organization decision. If it is anything like the draft opinion that was leaked in early May, women across America are sunk. Once again, their bodies will be subject to governmental dictates for ten months of their lives, with the potential to entrap them for at least eighteen or more years thereafter.

It’s quite unbelievable—the idea that a right can be given, only to then be yanked away fifty years later.

But for us, for our wonderful community, Dobbs portends something that is equally ominous. Just as the Constitution doesn’t set forth a right to privacy to enable a woman to make critical health care decisions, so too it does not say a word about anyone having the right to love or marry whomever they want. Or to identify in a gender that is something other than what they were “assigned” at birth.

Moreover, the author of Dobbs, Supreme Court Justice Samuel Alito, has repeatedly made it clear that he’s intolerant of LGBT people. His reference to “our Nation’s history and traditions” in Dobbs doesn’t bode well for queer people—after all, the tradition long had been to make us societal pariahs.

Indeed, it was a police raid on the Stonewall Inn in June 1969—with cops intent on smashing heads and rounding up “queers”—that triggered the modern gay rights movement.

Justice Alito, it would appear, will be content with letting individual states decide whether LGBT people have the right to live their lives publicly and authentically. This very well may soon have the Court declaring there is no federal right to marriage equality or to intimate sex partners. It is also likely that sometime in the very near future, there will be a national right to discriminate on the basis of religious intolerance.

Which gets me back to the queer kids I have been talking to.

You see, I’m quite invested in them being able to thrive. I fear that with both Dobbs and the 2022 midterms, we will fade into black—to a place where hope will give way to despair, promise to addiction and suicide.

I have sounded alarms before, and unfortunately things that I feared came true. I am now afraid that we may be losing our last real chance to get things right.

We need to protect the kids.

It always has to be about the kids.