Skirting the Issues: Acts of Kindness 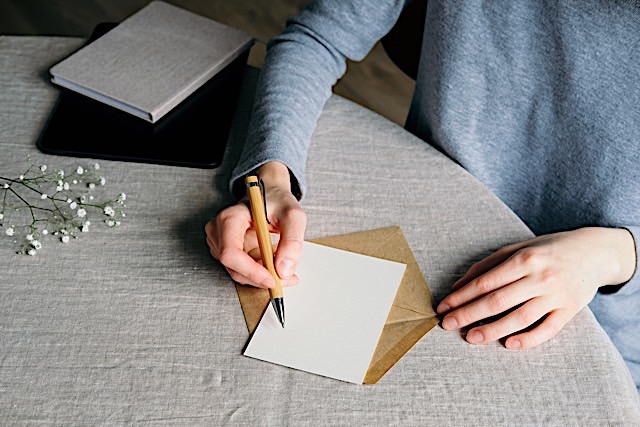 As we contemplate how the virus has so fundamentally changed things—and even resulted in cancellation of this month’s Pride Festival—I want to share how several acts of kindness have helped me cope.

One of those kind acts even helped my company to survive.

I’ve had to pivot my business—training on human inclusivity—from standing in front of live audiences to sitting before a computer screen. It’s required me, born so long ago, to become proficient in Zoom and other computer-based things. It hasn’t been easy and the jury’s still out on whether this new direction will work.

Still, I wouldn’t be nearly as far on adapting to a new business reality if it wasn’t for someone named Shelly Siegel, an educator with North Hennepin Community College. I met Shelly last year when I presented to a group of NHCC administrators, and she quickly became a big fan. In short order, her championing of my work had me talking to 600 educators at a conference in Omaha last November.

But Shelly didn’t stop there. A couple of weeks into the lockdown, she called me.

“Ellie, I think you need to do a Zoom training for college-level educators; it needs to be about inclusivity and you as a transgender person. If you do that, I guarantee that at least eight people will sign-up. And make sure you charge what I think you’re worth.”

My immediate reaction: Are you crazy?

I explained to Shelly that I had no such training in my inventory. On top of that, “Zoom is foreign to me,” I said. “I barely know how to log on as a user.”

Her response: “I know you can do this, and I’ll help in whatever way I can.”

That conversation launched a month’s worth of designing, advertising, and prepping for a brand-new 150-minute training, “Overcoming ‘Othering’: Radical Inclusion and Authenticity.” Moreover, just as Shelly promised, she delivered eight attendees, along with another fifty-some people she helped recruit.

I’m happy to report that because of Shelly, I launched my first Zoom-based training to very good reviews and much needed revenue.

How can one ever say they’re grateful enough for something like what Shelly did?

A second act of kindness came when I was set to do another Zoom event, this one involving “feminist writers” courtesy of The Loft Literary Center. Somehow, I had been selected to be on a panel with three other women-writers, all incredibly accomplished as reflected by awards and accolades.

As Glenda Reed, the organizer of the panel prepared for the event, she asked for my bio. Now, I’m not big on touting one’s pedigree, so I sent along three sentences that basically laid out my story as a transwoman and author.

A couple days later, Glenda emailed with her concern that my bio wasn’t beefy enough in comparison to the biographies of the other three panelists. I wrote back with an additional factoid and left it at that.

On the day before the event, Glenda again emailed. She explained that no, there still wasn’t parity between my bio and those of the others, so she took the initiative to research me. “Ellie, I found this additional information about you. Is it okay to include it when I introduce you?”

Huh? I couldn’t believe anyone would go to so much trouble to ensure that I—a total stranger—wouldn’t feel lessened.

One last story of kindness: I have an inclusivity-focused newsletter, The Ripple, that goes out to nearly 9,500 people every month. A couple weeks ago (relative to me drafting this column), I received a notecard that on its front had geometric shapes and sparkles; on the reverse side, the artist/author explained they were a newsletter recipient and were stuck at home with kids. As part of their activities, the notecard writer and their children were “(S)ending good ol’ fashioned snail mail as a way to spread cheer…”

The notecard wasn’t signed and to this day, I have no idea of the sender’s identity.

A week later, the same person sent me an unsigned greeting card adorned with bees and flowers. The card read, “Everything Will Bee Okay.”

Anonymous or not, whoever sent these mailings has lifted my spirits. Thank you, whomever you are!

Each of these acts of kindness has really made a difference in a time that’s been incredibly difficult, especially given that I live alone.

I sometimes wonder if my work to make the world better even matters—if me being on this planet makes any difference at all. For some reason, the damn virus and attendant isolation have made me wonder about this even more.

Three people—three allies in the own ways—have answered those questions with a resounding, “Yes, you and your work do matter, Ellie.”

I have to say, that’s just quite wonderful.