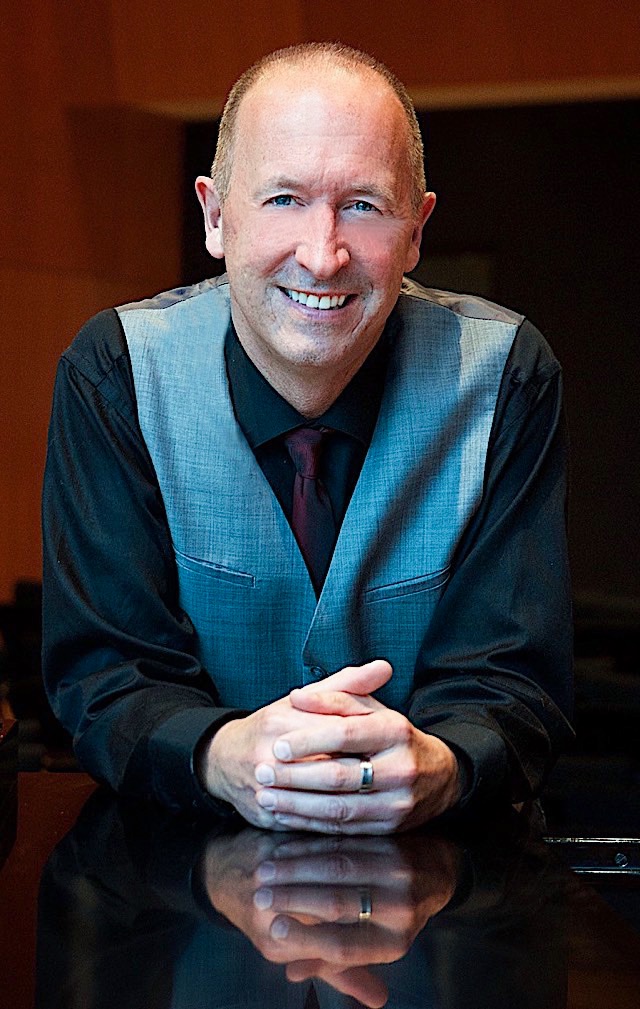 Timothy De Prey joined the Twin Cities Gay Men’s Chorus, who are currently celebrating their 40th season, as a substitute accompanist in 1991 and it was an experience that changed his life forever. It was that one decision that had him not only hooked, but dedicated to the organization for over 30 years. For the past three decades, De Prey has worked with TCGMC for rehearsals, concerts, and collaborating with over 5 different artistic directors. TCGMC continues to use the power of music and voices to celebrate, unite, and create change. That’s because De Prey believes that through music one can create change, justice, tolerance and acceptance.

“I don’t just sit behind the piano and contribute artistically,” De Prey said. “I actively support the mission of the chorus and do my best to represent a positive and healthy portrayal of an openly gay man in the Twin Cities.”

De Prey, who also serves as the LGBTQ Pride Chair at the MacPhail Center for Music, is open in all aspects of his life. He’s been dedicated to the LGBTQ and the arts community in the Twin Cities for the past 30 years which is why he has been honored with this award due to his commitment to the organization, the community and the mission they bring.

Serving as the principal accompanist, the pandemic caused his position to be suspended as the chorus couldn’t rehearse in person. However, not being a part of their 40th season was simply out of the question after spending so much time with TCGMC,which is why De Prey joined as a singing member. He currently serves as the baritone section leader.

De Prey wants to continue the work he has done for the past three decades. He is continuously hoping to be challenged by the variety of style and genres the chorus sings, and to represent not only the members of the chorus, but also the members of the community they serve. De Prey has been with the chorus through the AIDS crisis, the murder of Matthew Shepherd, the struggles for justice and equality of the LGBTQ community, the passing of Tyler Clementi, and the fight for and celebration of same-sex marriage.

“I define success as when an audience member is touched and empowered by our music and our message,” he passionately stated when asked about what success for the organization looks like. “Success in my role is to have the highest possible artistic excellence which speaks to our audience. I want our audience members to leave each concert feeling empowered, proud, happy, fulfilled and ready to take on any challenge the world puts in front of them.”