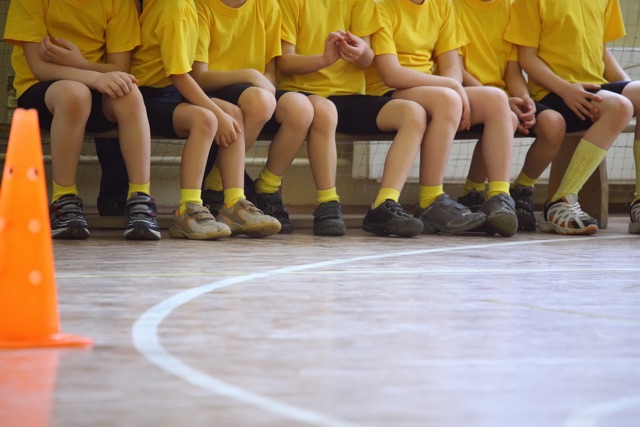 It’s a tough time to be a transgender or nonbinary youth in America. (Due to word limits, I’m including nonbinary people within the “transgender” umbrella.)

As I compose this, the legislatures of nearly half the states in this country are considering various proposed laws that, if enacted, would devastate trans humans younger than eighteen. The legislative proposals include the old standby—“bathroom bills” that would ban students from utilizing school bathrooms and locker rooms that conform to their gender identities (compared to the gender assigned them at birth).

But those who deem transgender/nonbinary humans lesser have used their imaginations to the Nth degree to come up with even more oppressive measures to erase young vulnerable people.

Thus, twenty-four states have introduced legislation to prohibit transgender students from participating in sports. Last year, Idaho succeeded in enacting a law banning transgender youth from high school and college sports, but presently the ACLU has that tied up in court. Studies have repeatedly shown that transgender athletes [the focus usually is on transgender females] have no distinct advantage over their cisgender competitors.

The state of Georgia is so worried about transgender athletes that legislators have proposed creating a panel of three doctors to examine the genitals of every female student athlete to ensure that a trans girl doesn’t slip by. Unbelievable.

Even worse, at least fifteen states seek to prohibit, and in some cases, criminalize, medical and therapeutic treatment for transgender persons younger than 18 (in Mississippi, the targeted upper end age is 21). In other words, they want to put doctors, nurses, and therapists who provide life-saving care to trans kids in jail.

Some of these bills are titled “vulnerable child” or “compassionate care” acts, as if the goal is to protect humans who are at risk. That’s laughable.

The actual underlying premise for this legislation is that gender dysphoria (the disconnect between brain and body) isn’t real—or at worst, simply transitory—and that eventually, as a trans-identifying kid matures, he or she will grow out of it and be “normal” like their cisgender contemporaries.

Most elected officials introducing this kind of legislation have never met even a single transgender person or their parents. Owing to outright propaganda, much of it being conservative religion-based, many abhor my community or don’t even want to try to understand. Heck, even one Arizona legislator, who introduced a bill mandating that driver’s licenses could only have an “F” or “M” for gender markers (and effectively erasing nonbinary persons) said, “What’s going to happen if someone wakes up and wants to identify as a chicken or something for crying out loud?”

I got a similar question fifteen months ago when I spoke to an audience of 140 in Hastings, Minnesota that included folks from conservative churches. The question—“What if a fifty-year-old-man decides he’s a ten-year-old-girl, Ellie?”—sounded as if it had been transphobic flyer fodder intended to stoke fear about transgender people.

My answer was practical and respectful; I replied, “That just simply doesn’t happen. Fifty-year-old men don’t do that. In fact, no one does that.”

The reality is that many of the anti-transgender youth legislative pieces are almost identical—it’s called “pattern legislation”—and they’re created by one entity: the Alliance Defending Freedom, a conservative monolith that, among other things, targets transgender humans (It’s also been designated a hate group by the Southern Poverty Law Center). After all, there are still many people who’ve never knowingly met a trans person, and thus, it’s easy to prey on us and fundraise off the human fear of “Other.”

Those who have followed my columns and work know that protecting transgender kids and youth (and the families who love them) is paramount for me. I’m sorry if I sound like a broken record, but humans reading this, you must step up. We must band together to protect those who lack voices of their own.

I continue to fall back on the image of a fourteen-year-old transgender girl in Willmar or Thief River Falls or Virginia, Minnesota—who hears about how so many states—and people—want to make her disappear. In those communities, there may be no one—at least publicly—who understands. She may very well believe that it will never get any better, meaning there are not many options for her.

If you are younger and reading this, please know I CARE ABOUT YOU. While I’m by no means a therapist, I will talk to you—email me at [email protected] (make sure to include the “j”), and we will set something up. I will share about how things ultimately will get better. I promise!

Yes, I’m a hopeless idealist who believes she can make a difference.

It would be nice if that could be my epitaph.