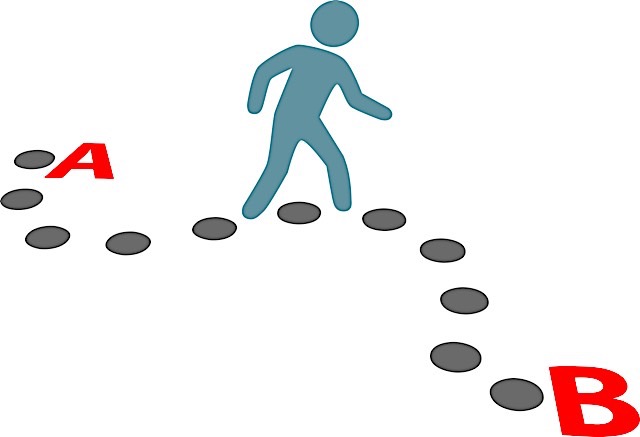 I’m in Chicago, Skokie to be exact, at the Illinois Holocaust Museum, which is hosting the LGBTQ history exhibit “Rise Up Stonewall.” The exhibit features pivotal moments and artifacts from the history of the LGBTQ rights movement, including my work disrupting the TV networks in the ‘70s. I’m here to give two keynote addresses at the Holocaust Museum’s Student Leadership Conference, which has about 300 students and teachers in attendance from four Midwestern states.

The museum also asked me if I would also do a Zoom while touring the Rise Up exhibit and explaining the various periods of LGBTQ history, and my involvement in some of them.

When I stopped at the photo and video of my disruption of The CBS Evening News with Walter Cronkite, I explained that the disruption was to give visibility to the LGBTQ community. Someone then asked what the disruptions led to. Here is where our history is unwritten in parts revised in others. That one zap led to the first time in the country that a governor met with a gay activist. And that meeting resulted in something that the country, and the world, had never seen before: a state issuing an executive order that said gay men and lesbians could not be discriminated against in State employment.

Also, more importantly, the meeting led to the creation of the first official governmental commission in the world to look into what can be improved in state government for the LGBTQ community. It was my suggestion that each department of the state government and each cabinet member appoint a liaison to the committee.

I had never connected those dots before, and no LGBTQ book of history has either. But the dots are connected from this point on, since a few years ago, a law student named Jason Landau Goodman, discovered my vision for the commission buried in the state archives.

Let’s be very clear here.  Every state, city or federal LGBTQ liaison today stands on the work that my activist partner at the time Harry Langhorne and I did with Governor Shapp’s staff.  The executive order and the commission all came from that disruption, first with the governor seeing the disruptions, then agreeing to a meeting with us, and then acting on our vision.

I’ve never clearly connected the dots before for numerous reasons. I often say that when I die I will be recalled as a Stonewall pioneer, but I’d rather be known for my campaign to end LGBTQ invisibility, starting with the disruptions of the networks. That newfound visibility changed the political landscape for the LGBTQ community.