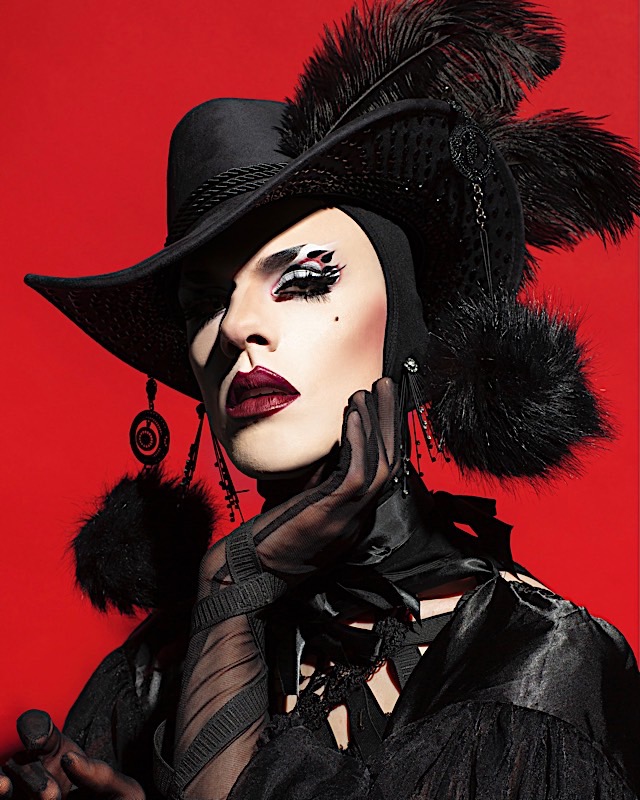 Q & A with Utica Queen from RuPaul’s Drag Race

Self described on Twitter as the “Twin Cities wacky waving inflatable arm tube Queen”, Utica Queen made heads turn on season 13 of RuPaul’s Drag Race with incredible runway looks and a quirky personality.

Utica Queen, or simply Utica, hails from Utica, Minnesota, a town with a population of 291 wedged between Rochester and Winona in the southeastern part of the state. Nowadays, the 26 year-old calls Minneapolis home.

On the latest cycle of Drag Race, Utica won one maxi challenge and received plenty of criticism from viewers on social media, particularly after the comedy roast episode.

I chatted with Utica to see what she would do differently during her run on Drag Race. I also pry in on her dating life with another queen, Olivia Lux.

Mike Marcotte (MM): Utica Queen! If you had to choose one word to describe your experience on Drag Race, what would it be, and why? 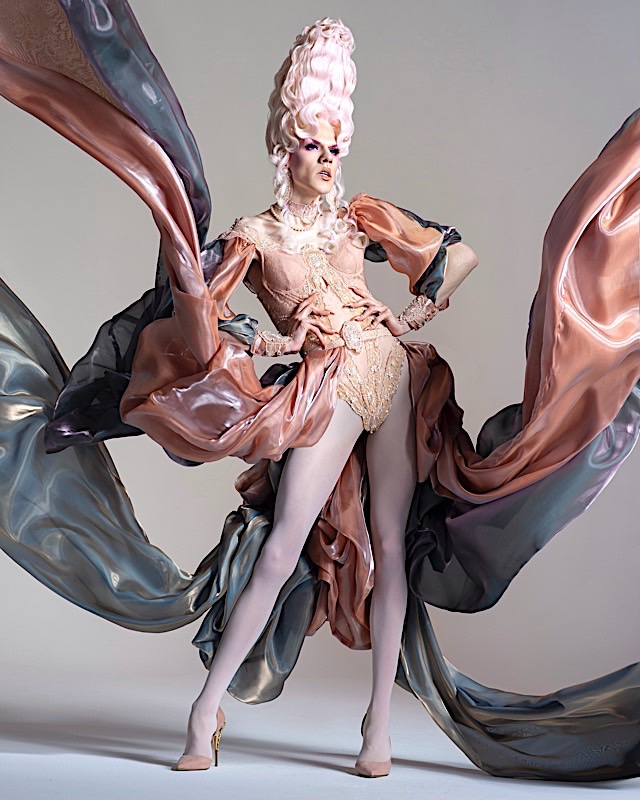 A contestant on season 13 of “RuPaul’s Drag Race”, Utica stood out with her fierce runway looks which were handsewn. She credits her talent to a particular spot at Hamline University. Photo credit: Eric Magnussen

Utica Queen (UQ): If I was going to choose a word that describes my Drag Race experience it would be inspiring. Thirteen amazing artists were put in quarantine to create magic during the height of the global pandemic. That is something truly inspiring and it was a special one of a kind experience.

MM: Your sleeping bag runway will go down as one of the best looks in Drag Race history. You even helped the other queens during that challenge. Who taught you how to sew? And who inspires your aesthetic?

UQ: Some very kind words, thank you! I learned how to sew throughout my work-study in the Hamline University costume shop. From there I honed my new skills while being inspired by artists such as Kandinsky and erte!

MM: What would you have done differently in the competition? I know you posted an apology on Twitter after the comedy roast….

UQ: I would’ve definitely have learned how to cook because that roast was burnt!

MM: Would you do it again? What if Ru calls you for All Stars…would you go?

UQ: I would love to do Drag Race again and All Stars would be incredible! I feel like the world has not seen enough of Utica and I would love to be a part of an amazing cast again!

MM: Because you never really answered on the show, I have to ask. Have you smoked weed?

MM: Now that the season is over, what’s next? Are you planning to stay in Minneapolis?

UQ: Now that the season is over I’m planning to create the best work that I can here, there and everywhere! Whether it be in Minneapolis or not I want to keep making art anywhere I can.

MM: And I hear there was a date with Olivia Lux. Is that romance still a thing? 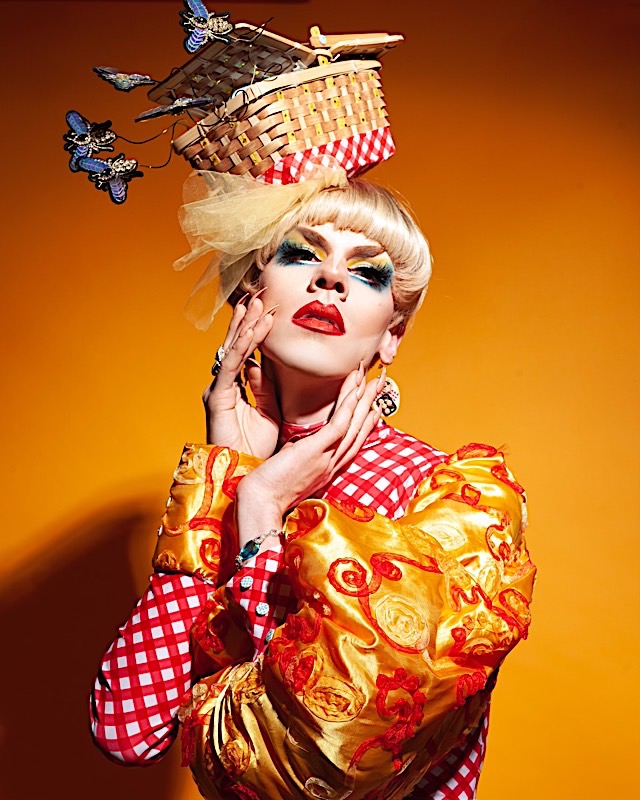 MM: And maybe related…but someone wanted me to ask you. Do you get more guys throwing themselves at you because of Drag Race?

UQ: I actually wouldn’t know, quarantine and COVID restrictions prevent most of the boy throwing.

MM: What would you do if you weren’t performing drag?

UQ: If I wasn’t performing drag, I’d be creating costumes and fashion looks and be building installation pieces.

MM: What do the folks back in Utica, Minnesota think of you putting their little town on the map? Do you hear from them?

UQ: I have heard from individuals from my tiny farm hometown. They’re so proud and I couldn’t be happier representing my tiny farm town.

MM: Minnesota’s LBGT community is reading. Anyone or any place you’d like to send some love to?

UQ: I’d like to send some love to my wonderful LGBT community that has supported me throughout this whole journey and to those who have given me so much encouragement and strength to be the best version of myself I could possibly imagine!

UQ: Stay tuned for more art and always remember to be yourself, even if you’re a little weird! 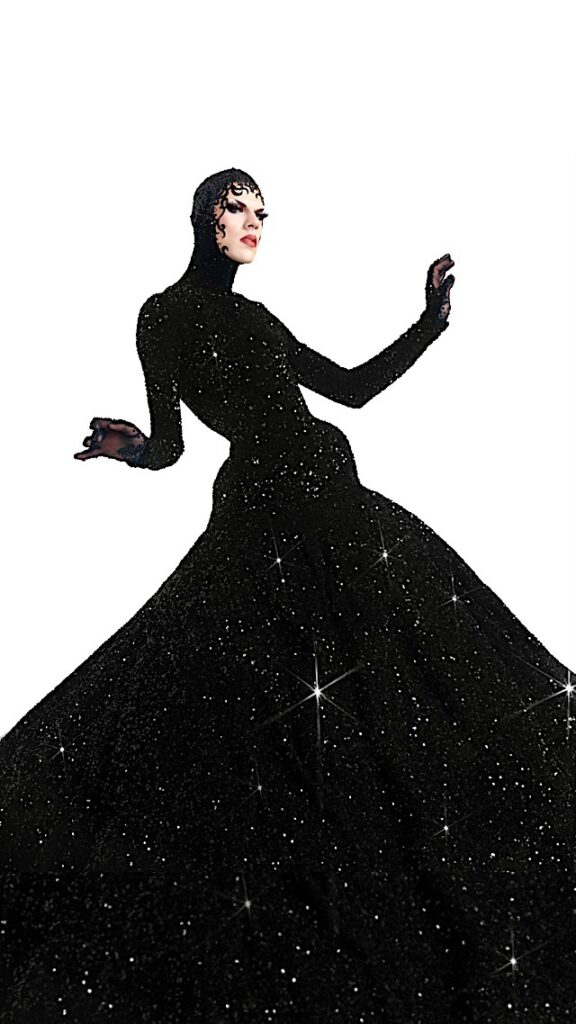 Utica is not the first Minnesota-based drag queen to compete on Drag Race. BeBe Zahara Benet is the original winner of the show and currently lives in Minneapolis. Manila Luzon was on season 3, All Stars 1 and All Stars 4 and is originally from Cottage Grove. And during season 11, Minneapolis queen Mercedes Iman Diamond showcased true opulence.

This interview has been edited for length and clarity. You can read Mike’s interview with BeBe Zahara Benet on his website, www.givemethemike.com.