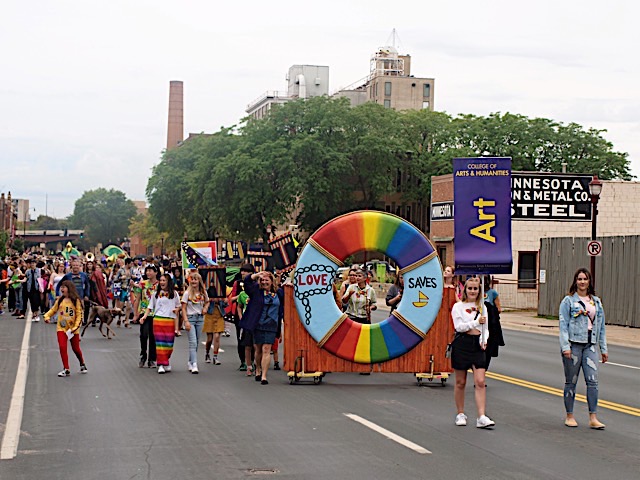 When living in Minnesota’s Twin Cities, one of the gayest and gay-friendliest regions of North America, it’s easy to forget that other parts of the world, the nation, and even the state, don’t have it as good where tolerance is concerned.  Many Greater Minnesota community members can feel like they have no community at all…which makes the work of South Central Minnesota Pride all the more important.

SCMN Pride began operation in the year 2002, its mission “to promote visibility and pride in the lesbian, gay, bisexual, transgender, and allied communities in south central Minnesota.”  The group eventually grew into a nonprofit group that serves the community year-round, promoting perpetual Pride and outreach:  two recurrent manifestations include “Queers & Beers” and “Queers & Coffee,” mercifully non-simultaneous events that each invites local unicorns to “meet new people, make conversation, and help us build a better LGBTQ community.”

SCMN Pride’s PrideFest is its oldest, largest community-builder, of course.  In years past, its base of operation has been Riverfront Park—described in the city’s website as “one of the gems of the Mankato park system.”  In years past, the PrideFest has taken place during the second weekend of September.  As of press time, these particulars have not been worked out but can be found at SCMN Pride’s website as soon as they’re available.

“You are not alone,” South Central Minnesota Pride reminds LGBTQ individuals residing within the Lake State’s warmest third, “and we’re here to prove it!”