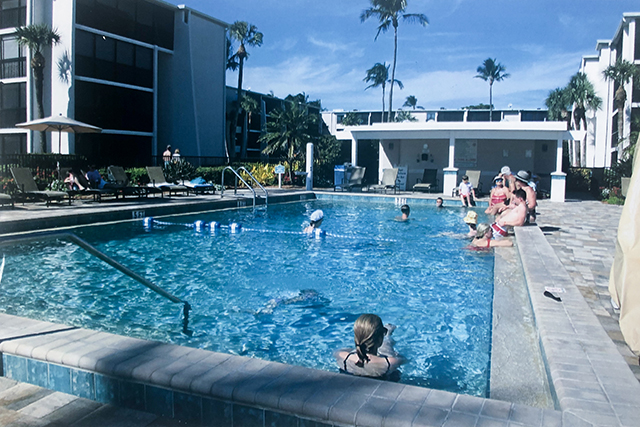 It’s 30 degrees outside as I write this column, and as a longtime Minnesotan, I know what the next six months will bring: weather only a masochist can bear. (And they, too, have been known to utter a few expletives when it’s minus-whatever and the car won’t start.) But most Minnesotans have learned a few survival skills. Top on the list of coping techniques is this one: Pull out a credit card and hop a plane to Florida.

Maybe you’ve done Miami, Fort Lauderdale, Orlando—the Florida of high-rises, glam and glitz and endless queues for its attractions. This year (thanks, Covid) may not be the ideal time to fight for a square foot of space in a packed nightclub or over-crowded beach. It’s a grand excuse to succumb to the temptation to sneak under the radar and kick back.

Sanibel Island is waiting. This special isle is reached by a magical spin over the three-mile connecting causeway 45 minutes southwest of Fort Myers (non-stop flights from MSP).

Sanibel is everything Miami is not: an antidote to stress and image-preening—simply a lush, palm-framed slice of Eden dividing the Gulf of Mexico from San Carlos Bay, where your most pressing decision of the day will be which beach to wander. They’re all easily reachable by bike or golf cart (available at your resort) and all kept natural. No daily raking, no volleyball net—just mile after meandering mile of sandy shoreline packed—packed!—with sea shells, earning Sanibel the title of America’s shelling capitol.

It seems to be the seagull capitol, too, judging from the scores of birds that fussily patrol the sand, like avian renditions of Charlie Chaplin. Overhead, squadrons of pelicans fly in formation, then perform their signature kamikaze dives. And what about those sunsets? Extravaganzas of flamingo pink fade to lavender, then deep purple as the giant orb melts into the sea.

Sundials, my home for the week, is one of Sanibel’s primo resorts, a mini-village of low-rise condos aside the Gulf offering tennis and pickleball courts, multiple heated swimming pools and a fitness center, along with a portfolio of restaurants ranging from the casual Tiki Bar to a pizza/ice cream parlor, a Japanese steakhouse, and the ocean-view tables that border the main building, where I inhaled breakfast in the open air, then returned for a lunch of seafood tacos. But I was far from the first to discover this nirvana: Many an LGBTQ wedding has been performed here, too.

Or venture wider to explore. Mound House, of 1889, is the oldest standing structure in these parts. Examine its mostly original furnishing, then sign on for kayaking lessons or wildlife tours. The namesake mound itself, explains guide Dexter North, was made by the Calusa, a native tribe that occupied the land 2,000 years ago—long before Europeans arrived in the 1500s. The mound turns out to be their repurposed recycling center, composed of discarded shells of oysters, a diet mainstay. The tribe lived atop its grass covering, utilizing its height (in flat-flat Florida, yes—this counts as tall) offering protection from hurricanes and flooding. A few shell tools remain, says Dexter: hammers, knives, and the working end of the spear-like adl adl, used to hunt deer. Under his tutelage, we try our skill at throwing it. Alas, no deer for us on the menu tonight.

Fast forward to Fort Myers in the days of the Civil War. The fort represented the southernmost U.S. land post in the heart of the Confederacy, defended by Black and white troops sent from New York. After the war, both Black and white settlers moved in. Soon those newcomers became divided by the proverbial railroad tracks, with the Safety Hill side a haven for Black families under curfew. On this side of the tracks, an entire Black community soon flourished—businesses, hospitals, churches, and a schoolhouse now located aside Roberto Clemente Park, open to visitors. Betty Adams leads us through its photo and artifact gallery, from the original clanging school bell of 1942 to accounts of those who grew to be entrepreneurs, and entertainers, plus the annual Emancipation Celebration she vividly recalls.

Not far down the road stands the estate of a Northerner who honeymooned in Fort Myers in 1886. Back then it was a sleepy little village, pop. 349, but a visiting Thomas Edison had a vision: “There is only one Fort Myers, and 90 million people are going to find out,” he prophesied. He promptly purchased 13.5 acres along the river and designed himself a winter vacation home, where guests included the young engineer he hired in Detroit to work on vehicles, Henry Ford.

Ford bought himself an adjoining villa two years later. Today both gracious, fully furnished residences are open to view, along with the lab in which Edison conducted his rubber research and a garage showcasing 14 of his vehicles, leading off with the iconic Model A. A museum exhibits some of the man’s inventions, including early phonographs and cameras. The estate borders a dreamy Moonlight Garden, his wife’s pet project, all aglow with white blossoms at night.

Even the Minnesota Twins love to escape winter and head to Fort Myers for spring training. (So do Boston’s Red Sox.) Avid fans line up for tickets at the CenturyLink Sports Complex. That is, if they can bear to leave the beach. For more information contact The Beaches at Fort Myers and Sanibel at 239-338-3500 and join the seagulls on the sand.