Reigned Out – Better To Give Than To Relieve 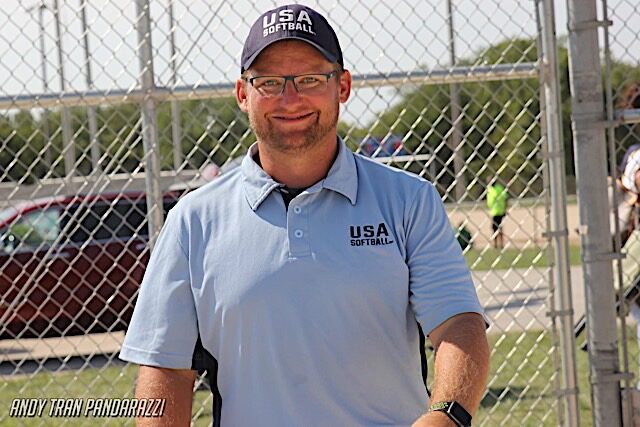 “I grew up in rural Wisconsin, which, to say the least, was not a gay-friendly atmosphere,” Christopher Overlie remembers. “I certainly didn’t have to go through some of the horrible things that others have; my family was amazing and accepting. However, there was no place for gay in the country.”

After high school graduation, a young Overlie delivered himself to a Twin Cities college, and in 2002, via a combination of friends and Al Gore’s greatest invention, a series of tubes known at the turn of the century as “the Webbernet,” Overlie found a place to be gay—like, really, really gay.

The TCGSL had provided members of the MSP LGBTQ+ community an athletic outlet for decades when Overlie signed on. But to Overlie, it was and is more than a place to hang out and have fun—much more. “It’s a safe place for those that just want to be a part of the gay community while also enjoying common interests,” he elaborates. “It creates a bond that supersedes most, if not all, of the superficial nuances and cliques that plague our community.”

Overlie dove headfirst into his new community like Pete Rose charging home plate—but without the tragic haircut, etc.—fulfilling numerous roles as the seasons turned to years and the years to decades. “I’ve been blessed enough to play, coach and umpire—including four World Series appearances as an umpire—and one World Series championship as a player in [Washington,] DC in 2013,” Overlie recounts. “I think, at last count, I have participated in softball games or tournaments in over 50 different cities.”

Overlie knew that such opportunity for on-field accomplishment didn’t just happen; such opportunity was provided by teammates working behind the scenes. Soon after joining the league, Overlie pooled his efforts with theirs. “I have always looked for ways to give back,” says he. “I was the Assistant Commissioner of TCGSL from 2004 through 2006. I’ve been the tournament director for multiple regional tournaments. I don’t feel as if it has been enough.”

This perceived deficiency was recently rectified when Overlie assumed the role of the Twin Cities Goodtime Softball League’s new Commissioner. “I want to help carry on the legacy of TCGSL and everything it stands for,” Overlie proclaims, “but also build upon it for future generations with the goal of having a lasting impact, like the one bestowed upon me, to at least one person. I believe this is the best way I can accomplish that goal.”

Upon assuming his new station, Overlie found himself being waved in by the cosmic third base coach: Commissioner-wise, there was lots to do right off the bat (so to speak), including the planning of the League’s signature joust, the North Star Classic. “Minneapolis, Minnesota’s annual softball tournament brought to you by the Twin Cities Goodtime Softball League,” its Facebook page proudly pronounces. Adds Commissioner Overlie, “The North Star Classic will be held this year on May 28th and 29th. We are expecting around 50 teams and 750 athletes over Memorial Day weekend.”

Another event looms further down the time horizon, but it looms considerably larger: the Gay World Series. This event is presented by the North American Gay Amateur Athletic Alliance (NAGAAA), which describes itself as an “international sports organization comprised of men and women dedicated to providing opportunity and access for the LGBT community to participate in organized softball competition in safe environments.”

As the organization’s name implies, member cities span the coolest part of the Western Hemisphere—from Vancouver, B.C., which is located in a foreign country, and Birmingham, AL, which, technically, is not. Each of NAGAAA’s teams—including those of the TCGSL—competes within one of seven divisions determined by competition level, ranging from A to E, and all letters in between, along with two master classes for good measure.

“In August 2023, TCGSL and the Twin Cities will host the NAGAAA Gay Softball World Series,” the Commissioner announces. “We are expecting nearly 6,000 athletes and around 250 teams for a week full of fellowship, competition and community leading to Labor Day 2023. This is obviously the most exciting thing going on right now.”

But quieter endeavors are no less important…especially where Overlie’s long-term legacy goals are concerned. Overlie says, “We have a newly formed and talented Diversity, Equity, and Inclusion committee that is focused on community outreach and ensuring that our organization is not only talking the talk, but walking the walk. I believe TCGSL and gay athletics represent something bigger than just ‘sports’—it is community.”

That bigger-ness manifests in several ways, including a very focused one, the Sunshine Fund, which provides “support to league members that are experiencing a hardship that may impact a league member, their family or their significant other,” as delineated on the TCGSL’s website.

“The Sunshine Fund continues to blossom into something great,” Commissioner Overlie assesses. “Last fall, we held the Second Annual Sunshine Fund Charity Classic, whereas all proceeds are put into a fund for charity, giving, or in the event of hardship of a member and/or their family. We plan to expand the Sunshine Fund even further in 2022 and 2023 to include annual giving, scholarships, and other potential ideas we have cooking.”

These myriad endeavors share a goal that transcends on-field victory. “No matter who you are, what you look like, who you love, or what your talent level is, when you take to the field we are family, and we all share a common purpose,” Overlie insists. “I truly owe much of who I am to TCGSL and how it shaped me as a man. I cannot imagine my life without it, and do not think I will ever be able to give back everything it has given to me.”