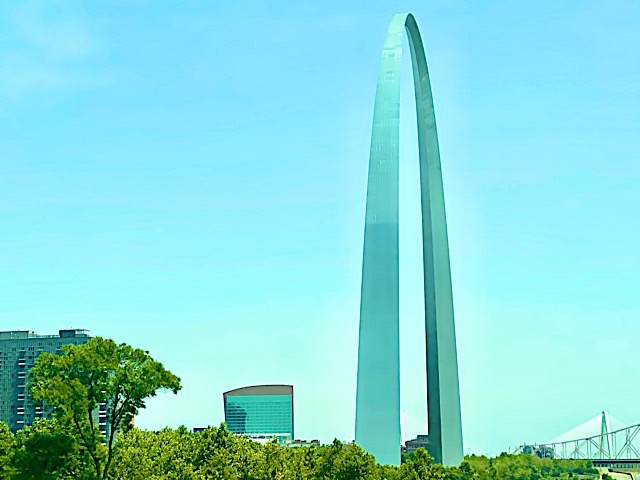 On this visit to St. Louis, I wanted to focus on Union Station, a magnificent property located in the heart of the city, which features an aquarium, numerous dining options, a Ferris wheel and, of course, the Union Station Hotel. St. Louis is a quick 3.5-hour drive from my home in Indianapolis, so it’s a great place for a long weekend getaway. 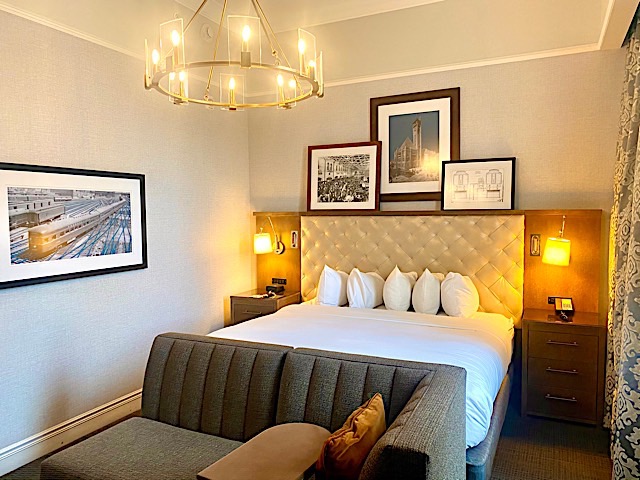 The first thing you notice when you walk into the Grand Hall at Union Station Hotel is the magnificent arched ceiling, elegantly detailed with carvings and architectural elements that make the property a destination in itself. Every evening, there is a light show projected onto the ceiling that draws hotel guests and tourists alike. The 567-room hotel—a Curio Collection by Hilton property, and the entire complex, which was originally built in 1894—is considered a National Historic Landmark. 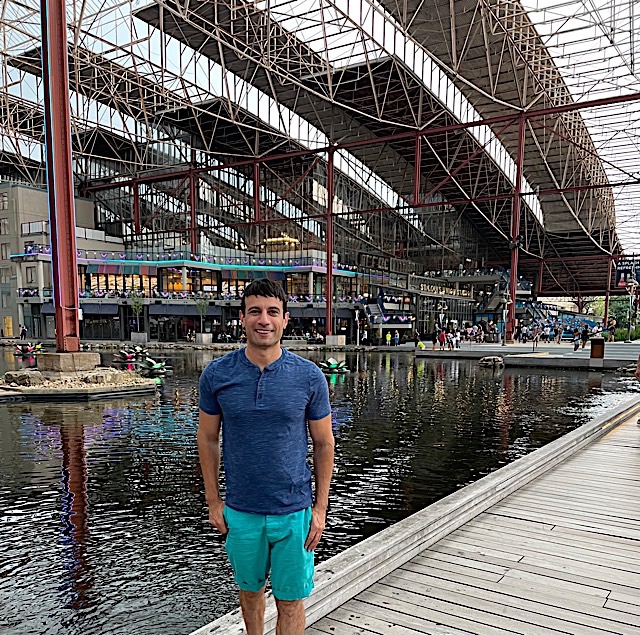 Our first stop on our visit was the aquarium. While not the largest I’ve been to, the aquarium does entice the senses, urging guests to get their hands wet, especially when it comes to petting the stingrays. The tank consists of over 60 sharks and rays all begging for attention. There are some great Instagram-friendly areas in the aquarium as well, so get your camera ready. 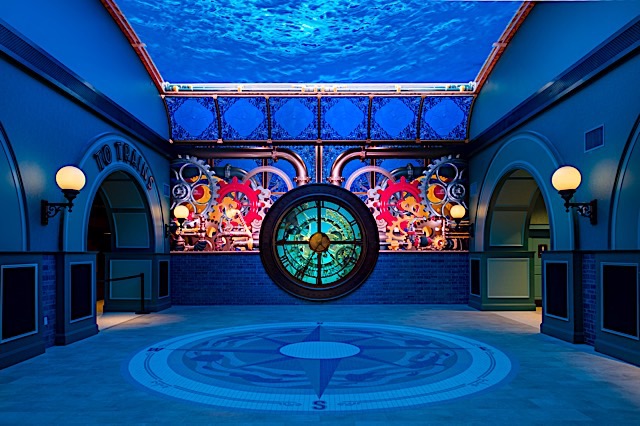 For those looking to experience a bit of adventure, try the Sky Trail ropes course. I am not a fan of heights, so this was pushing my boundaries as some of the obstacles only contain foot pads, without anything to hold onto. I may have skipped over one of these early on until I built up enough courage to proceed through the course like a pro. The Sky Trail course includes about a dozen obstacles and two zip lines, one 60 feet over the aquarium lobby floor. They have a smaller version available for children (or the occasional skittish LGBTQ journalist) who may not be ready for the larger course.

Head over to The Train Shed for dinner before a night in The Grove, the city’s entertainment district. My guest and I didn’t want anything too heavy, so we decided to share a few appetizers, including the Deviled Eggs and a fabulous Charcuterie Plate prepared with a selection of artisan cured meats and cheeses. I also ordered the Arugula & Beet Salad served with candied pecan, feta, and lemon truffle vinaigrette.

The Grove is under 10 minutes away from the hotel. While many LGBTQ venues have closed in recent years, the city still boasts Rehab and Just John. I remember partying at Just John during my first visit to St. Louis many years ago. I had a wonderful evening back then, and this visit certainly didn’t disappoint. We began the evening at Taha’a Twisted Tiki, a gay-friendly tiki bar, and both ordered the “I Don’t Give a Damn,” a refreshing cocktail made with vodka, lemon, pineapple, passion fruit and ginger.

The Grove. Photo by Joey Amato

All of the bars in The Grove are within walking distance, so head over to Rehab next. I’ll admit, one of the bartenders made me want to move to the city immediately. He was extremely friendly (and attractive) and poured us some delicious cocktails, which we enjoyed on the patio. We then headed to Just John where we spent the majority of the evening dancing and mingling amongst the locals, who I found to be very friendly.

Pride St. Louis recently announced their “Pride Is Alive” celebration, scheduled for August 27 – 29 at BallPark Village. The outdoor event is free to the public, so if you’re looking for a summer pride event, this is definitely one you should check out. 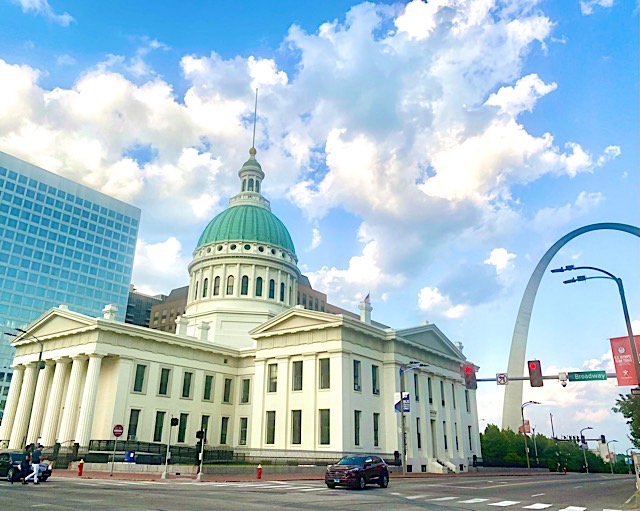 Speaking of BallPark Village, I have never been to that part of town and was eager to explore. I was so impressed by the master plan design of the neighborhood, as well as the venues and properties occupying the space—most notably, Bally Sports Live! The massive entertainment complex contains numerous bars and restaurants, including PBR St. Louis, a country bar complete with a mechanical bull that my guest made me ride. It was my first time riding, and despite being whipped around like a rag doll, I think I did pretty well.

End your stay in St. Louis with a trip to the world famous St. Louis Zoo. The free attraction is perfect for those looking to spend a leisurely afternoon strolling through an urban oasis filled with lively giraffes, elephants and gorillas. The zoo is home to over 12,000 animals representing 500 species.

The Saint Louis Zoo also operates a WildCare Institute, which focuses on wildlife management and recovery, as well as conservation. The zoo has pledged to support critical initiatives in places where animals are threatened by shrinking habitats, poaching and disease. You will need to devote a few hours to this visit as the zoo is quite expansive.

There are too many things to see and do in St. Louis in just one weekend, so if you have more time to devote, check out The Gateway Arch, St. Louis Museum of Art, the Missouri Botanical Garden and City Museum. These are just a few of many LGBTQ-friendly attractions worth visiting in the city.