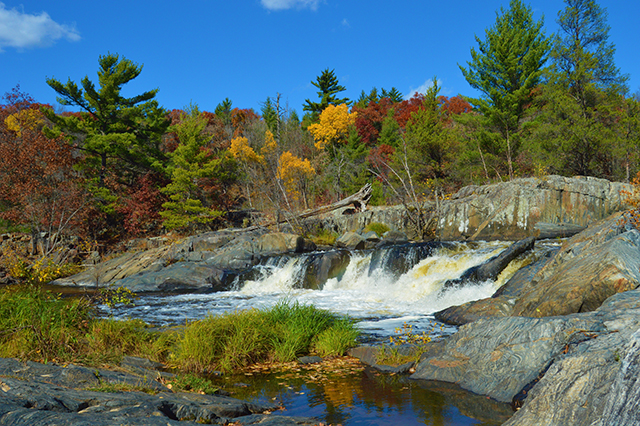 Eau Claire, Wisconsin (pop. 70,000, 95 miles east of the Twin Cities) is the second-fastest growing city (after Madison) in the state. Sure, its kids may go away to college, but after earning that diploma, they come hustling home—to paint a mural, launch a business, record a CD.

Some folks put the blame on Justin Vernon of indie folk band Bon Iver. He was instrumental in dialing the town’s temperature from ‘average’ to ‘sizzling’ by launching a handful of music festivals, still going strong. His buddies jumped in, too, turning dumpy real estate into enviable boutique hotels (Hello, Lismore. Hiya, Oxbow).

The energy spiraled with the 2018 debut of downtown’s riverside Pablo Center, housing art galleries, conventions and performance spaces that host national tours. A brand-new library, with outdoor patio seating, debuts this month. And the entire city center is spiced with over 50 outdoor sculptures (maps available), making it the largest sculpture tour in the nation. Plus, when you run into a brick wall, it’s likely to sport a mural.

“Alternative’ is positive,” declared Greg Johnson, one of the visionary entrepreneurs who helped light the fuse. Greg launched Artisan Forge in a former trucking facility in order to pull lonely, fragmented artists together in collaborative studios.  Today it’s a petri dish of talent with classes in everything from pottery to glassblowing. The complex also includes a sales gallery, performance space and a coffeehouse.

Barstow Street, its main drag, is home to fellow indie enterprises that run the gamut from Seven Suns Vintage (leather motorcycle jackets, walls of cowboy hats and boots) to Mabel’s, housing quirky collectibles ranging from vintage Chinese birdcages to a lifesize Barbie mask (hey, only 40-some shopping days to Halloween).

The very best shop (trust me) for souvenirs and gifts that speak Wisconsin is The Local Store. Here you’ll find Eau Claire maps embedded on socks, a Wisconsin-shaped cribbage board; bars of Leinie soap and Ope! soaps in scents like Geez Louise and Cripes. Also, serious camping wear, wooly blankets and books by local authors.

Classy cocktails are not hard to come by, either. Head to Dive, the second-story openair bar in the Hotel Lismore: a swish rehab of what once served as the swimming pool of the original ‘70s hotel.

The Lismore’s streetside restaurant, The Informalist, proved it knows how to turn Powers whiskey, sugar syrup and orange bitters into a magical drink called Seamus. I sipped it at dusk while watching the fairy lights begin to sparkle all up and down the avenue. This is also the place to seek singular pizzas, as well as a splendid Caesar and apps, like my starter of cherry tomatoes, grilled peaches and whipped feta, ready to spoon atop artisan bread.

Burgers and beer: That’s the guest-tested combo at The District, where variations of beef-in-a- bun toppings run the gamut from mac & cheese to guac. Diners who consider frying the ultimate in gastronomic heaven may order the kitchen’s fried corn on the cob or fried pretzel sticks. Servings come with a side of good cheer from the collegiate waitstaff, who steered me with insider tips on the best shopping streets nearby.

The Lakely, within the Oxbow Hotel, celebrates Midwest comfort food in plates like walleye/wild rice cakes with sweet corn puree; a wild rice/bacon-pumped meatloaf; and sampler of local sausages with kraut and mustard. After feasting, meander over to the adjoining jazz club for cocktails and tunes.

For dessert, the password is Olson’s, a shop scooping too-many-to-count flavors of homemade ice cream since 1944. I grabbed a cone of mocha mud pie and headed around the corner to the riverfront to watch those neon-garbed bridges undulate in changing colors.

That’s where I met Carolyn, a local who saw me sitting solo and waved me over to join her group: “Everyone needs company on a Saturday night!” And that’s the secret sauce that makes Eau Claire a tourist magnet: extra-friendly people. You’ll find more of them at Scooter’s, the town’s primo gay bar, pouring drinks till 2 A.M.

To plan your getaway, click on www.visiteauclaire.com and top up the gas tank for the quick jaunt. Or, starting December 23, hop aboard Sun Country ($24) for its 45-minute flight.