Not Afraid To Show It 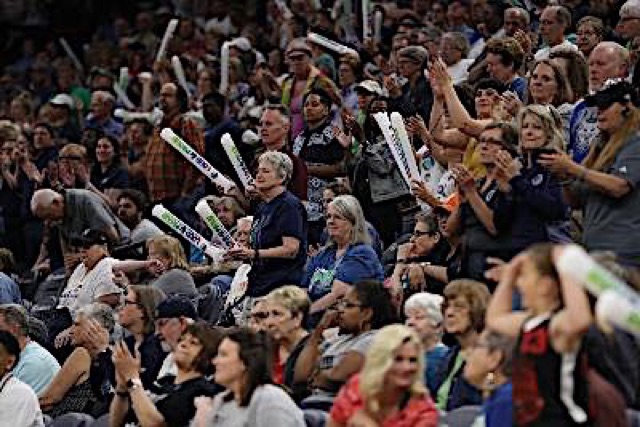 “We were the first professional team to celebrate LGBTQ+ Pride,” affirms Minnesota Lynx President of Business Operations Carley Knox proudly. “We’ve been celebrating Pride from the very beginning of the team twenty-three years ago.”

And on Friday, June 25, 2021, at 7:00 PM, that fight will take shape within the Target Center as Pride Night; “will” being the operative word, as 2021 has provided a technical foul of cosmic proportions—the lingering coronavirus pandemic. “The COVID restrictions seem to change by the hour,” Knox half-laughs, as she considers the organization’s preparations for this year’s celebration. “Our first priority is to safeguard the well-being of our fans, coaches, players, and staff. We’re looking at touchless orders for food, among many other things.”

Knox can speculate a little on what might happen before the game. “During past Pride Nights,” she remembers, “we’ve put on panels, held contests, hosted giveaways, and offered some really cool signage packages. We’ll announce on our website what we’re doing as soon as we determine what we can do safely.” In the meantime, fans can watch (and re-watch) several Pride videos on their website. 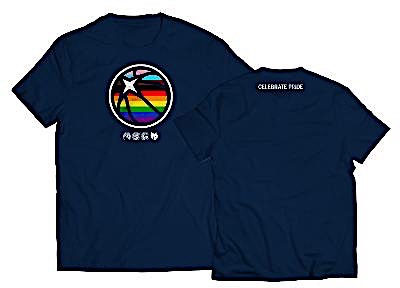 Courtesy of the Minnesota Lynx

The team’s on-court opponents will be the Las Vegas Aces, but that won’t be the only battle the Minnesota Lynx will be fighting. As they affirm on their website, “If you haven’t heard, there’s no taming us or what we represent. We’re a fearless team filled with nothing but love, unity, and authenticity…and we’ve never been afraid to show it.”

Considering Pride as the full extent of the Lynx’s community involvement is like seeing the color indigo and calling it a rainbow: Pride is really just one manifestation of the team’s off-the-court campaigns to lend voices to the full spectrum of society’s voiceless sectors. “We’ve always stood up for all marginalized groups,” Knox recalls. “We consider fighting for social justice one of our core values.”

The team and individual members have taken point in issues as rangy as educating the local community, ending hunger, improving common fitness, supporting military families, and reforming the police. Ultimately, each of these is an intersecting aspect of the same outreach, the same interaction. “As champions of equality, diversity and inclusion,” the Lynx’s website continues, “we’re proud to celebrate Pride and show support to the LGBTQ+ community.”

“But that’s not just for one night,” Carley Knox assures. “For the Minnesota Lynx, celebrating diversity is something we do all year ‘round.”