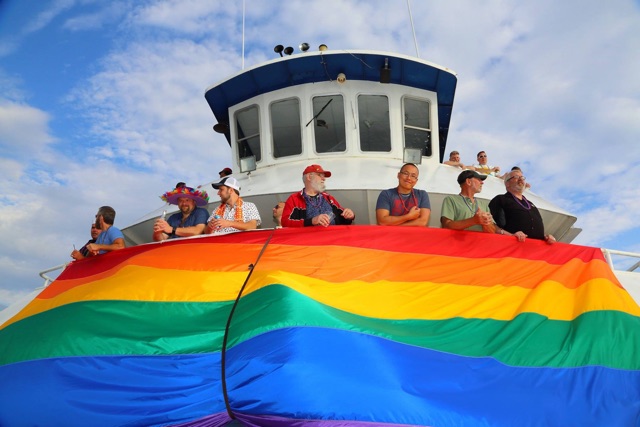 In need of a weekend away? Set your navi north, toward Duluth. Following a year’s worth of canceled events, I spoke with Visit Duluth’s President/CEO Anna Tanski, to see what summer 2021 will look like.

What classic summertime events are being this year (being that so many weren’t in 2020)?

We’re very excited to say the answer is almost all of them. And it really kicks off with Grandma’s Marathon, as sort of the signature summer start, and that will be coming up in June. And from there we roll right into a steady calendar of all of our major signature events: The Duluth Air Show, Fourth Fest over the 4th of July, which includes hairball at Bayfront Park on July 3rd, All Pints North (mid-summer), and it really carries all the way into October. All of our signature events are planning to take place as of now.

There are; there’s several. So, this is the year of Dylan, because Bob Dylan is turning 80. So, there is Dylan Fest, which is held in May—but they’re now going to have a yearlong celebration, not just in Duluth, but really across the entire [iron]range…it’s going to be a year filled with a lot of celebrating of Bob Dylan.

The Duluth Superior Film Festival has moved from a late May event into the third weekend in August, to combine with Art in Bayfront Park, which is a huge outdoor art fair. And so they’re combining to celebrate more of a broader picture of what art is, and its creation. And so we’re really excited to see what that’s going to look like because it will be the first time they’ve come together to really do that. 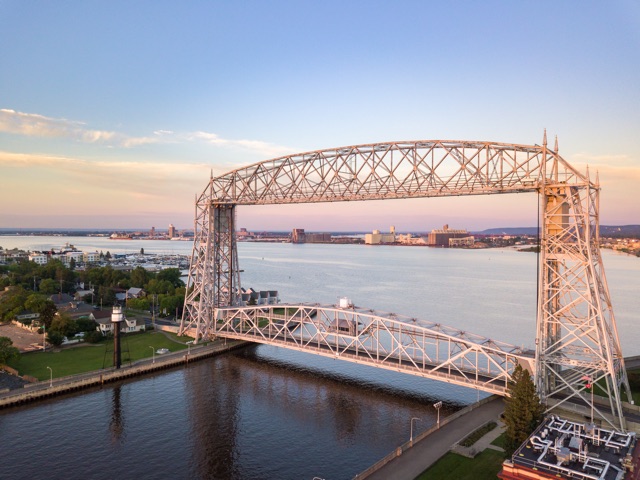 How has the pandemic affected tourism?

It’s been really challenging, like so many other parts of our state and around the country and really around the world, travel and hospitality was just decimated by all of the shutdowns and the mandates. But I will say Duluth fared better than many locations, we’re very grateful for that…and it has so much to do with being an outdoor recreation area and being recognized as sort of that safe space to be able to naturally social distance thanks to Mother Nature and having Lake Superior.

So, we’ve held on, but it has it’s taken a real toll on many small businesses. And we’re eager for a summer now that will hopefully return to recovery levels…we know that there is a path forward and the return of meetings and conventions, in addition to all of the special events are really what’s going to help make us whole again.

Does Duluth have any queer-focused celebrations/festivals/businesses?

Yes, yes, yes, yes. And we would love to see more, but it’s growing. Duluth Superior Pride Festival is taking place over Labor Day weekend. It’s a beautiful celebration that brings not just the LGBTQ+ community together [with] allies, but our two communities, being so close to Superior, Wisconsin. So it is really it just takes over the twin ports.

…Our only real gay bar is The Flame, which is wonderful. It’s a fabulous venue…and then there’s The Flame in Superior as well. And The Main Club in Superior. We do have gay-owned businesses as well, that we really try to lift up and celebrate. They’ll do special events during Pride, but also just on their own. The boat club has gay owners as well as At Sarah’s Table, Chester Creek Café.

How should one approach their first visit to Duluth? What are the must-see’s for a weekend trip?

So, of course, top of the list would be visiting the aerial lift bridge and pier, to watch the ships—because ship watching never gets old…I would say a must see would be taking a Vista Fleet harbor cruise, to really see Duluth from that perspective and learn about really what made our port city what it is today.

And of course, Enger Tower—to get the panoramic view and perspective [of] Duluth and all of its vast beauty. You’ve got to stick your toes in Lake Superior…it doesn’t matter what time of year, you have to do it. 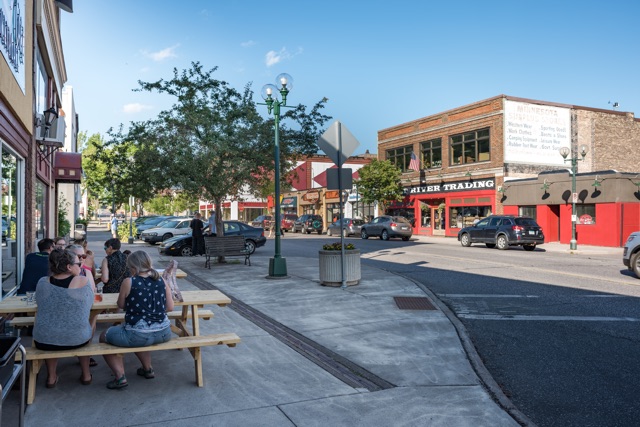 For the frequent visitor, what’s a Duluth original I may have missed?

The emerging neighborhoods like Lincoln Park brings something new to us—and Spirit Valley, which stretches even further west. There are so many entrepreneurs who are taking that leap into really offering sort of that craft district where we have these businesses lifting each other up. Love Creamery, a local small business that is exploding right now with their tremendous creations in their ice cream shop… brewers’ row, where we have the cideries and breweries. It is just amazing to see the renaissance that’s taking place in the Lincoln Park craft district.

Park Point, at the very end where the airport is, there’s a stunningly beautiful trail that takes you beyond the airport. It is the thickest forest of old growth pine trees. And the trail is spectacular…there’s also the St. Charles River corridor that is really, I think, kind of that untapped, unexplored part of our city.

A lot of people know The Depot for the railroad museum, or for the North Railroad Excursions, but within The Depot there are so many different and smaller galleries, including the Ojibway gallery, which is absolutely amazing. The artifacts that they have there—and the immigrant room, which is where three to five thousand immigrants would go through every day. The Ellis Island of the Midwest, where [immigrants] were getting off of ships in New York, put on a train, and then would quarantine here in Duluth for their first foot on U.S. soil, and then go work on the iron range primarily or in the timber and lumber industries.

So many hidden gems I could go on and on, but those are some of the ones that I think are worth really seeking out.