Nicky Beer – Must We Become the Pitiless Censors of Ourselves? 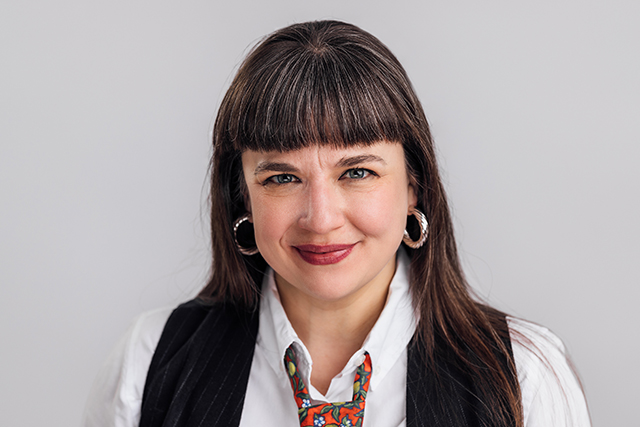 In many ways, the modern audience has grown accustomed to trusting in lies. We’ve been suspending our disbelief to enjoy an evening of theatre for millennia—whether we’re witnessing Medea fly away on a chariot pulled by dragons or turning a blind eye to slapdash producorial edit in the latest episode of Drag Race. What matters to a modern audience is less about the verisimilitude of the show and more the emotion of the moment, and, in the right light, an illusion can feel as true as anything.

Nicky Beer’s latest poetry collection, Real Phonies and Genuine Fakes, explores the transformative and necessary power of illusion. This third collection follows Beer’s 2015 book, The Octopus Game, which examines the fluid and elusive sea creature, among other things. Real Phonies is a continuation of the idea that subterfuge and fakery exists in the real and natural world, but unlike our cephalopod counterpart, we obtain our disguises from this world and splice them into our identities. “Octopuses are masters of camouflage,” Beer explains, “so camouflage and illusion were something that I was very interested in in [The Octopus Game], and I realized . . . I wanted to keep exploring concepts of deception and illusion.” Fans of Beer’s poetry will note some significant continuity between the two works—Marlene Deitrich appears in both, for example—as Beer moves us from the seafloor to the mainstage.

In Real Phonies, Beer immediately pulls readers into an amusement park of masquerade (the first poem entitled “Drag Day at Dollywood” is flush with the fabulous and claustrophobic language of impersonation). What follows is a tour of the funhouse, featuring such notable characters as Dolly Parton, Marlene Deitrich, Batman, and, briefly, David Bowie. We’re invited to marvel at these people and the masks they wear in one space, and directed to consider our own masks in the next. Much like gazing into a funhouse mirror, Beer’s poetry is as equally fascinated with artifice as it is the distorted person underneath it, and readers are often asked to consider these two—i.e., the mask and the person underneath—in conversation.

Because, from Beer’s perspective, our real selves are connected deeply with a myriad of false faces we employ, sometimes subconsciously, in order to live. In the same way that we choose to believe Dolly Parton’s iconic hair is her own, we have learned to put some trust in certain falsehoods for our own sakes. When asked if there is such a thing as a “trustworthy illusion,” Beer excitedly replies that Real Phonies is an endeavor to examine “our relationship with fakery and illusion, and including, I think, self-deception. What’s the degree to which we come to depend on or trust lies that we tell ourselves aboutourselves? And how do we depend on those lies to navigate or survive the world?” Much like the octopus, we learn to disguise ourselves in certain dangerous situations, but unlike the octopus, we’re far more likely to deceive ourselves in the process.

As is often the case, the truth is often hidden in the details, and readers of Real Phonies are privy to the genuine emotions behind Beer’s marvelous imagery. “This book is the first time I’m writing explicitly about my mental illness,” Beer reveals, describing her experience of “performing wellness” in her daily life while masking the real depression and anxiety that was causing her pain. Beer’s poetry captures the strangely backwards way we protect ourselves from outer scrutiny, even when we need help:

She’s been nominated for an Emmy for her portrayal of

the concerned line between your doctor’s eyebrows

as he listened to the giant, sodden moth trapped

between your shoulders, the ruin you carry

around with you like a speech you’re always prepared

Beyond the desire to seem healthy and happy to the outside world, Real Phonies spends a significant amount of time contemplating the way in which women and queer people regularly perform to live in a heteronormative, male-dominated world. In one poem, a female speaker confronts Bruce Wayne and laughs at his unoriginal idea to wear a mask in dangerous places: “. . . the world is a dark alley / hiding a gun in its mouth. / It has more than enough / reasons to make you/cover your face” (“Dear Bruce Wayne,”). For the outsider, the world is a foreign and often hostile place, and Beer’s poetry acknowledges these experiences with a mix of delightful humor and deep, delicate sadness.

Real Phonies is critical of the facades we choose to believe in, sure, but underneath it all is Beer’s genuine love of performance and the transformative, healing power of suspending disbelief in the right moments. Like the drag queens in the opening poem “Drag Day at Dollywood,” Beer invites us to join the parade of pretenders for a moment and feel the fantasy (or, at least, to sit back and enjoy the show): “Thousands of pairs of Dolly lungs breathe in / gasoline and grease, breathe out glitter.”

Real Phonies and Genuine Fakes is available now for pre-order from Milkweed Editions, and poetry fans in the Denver area can join Nicky Beer at bookbar for a release party on March 8th. For more information on Nicky Beer, visit nickybeer.com.