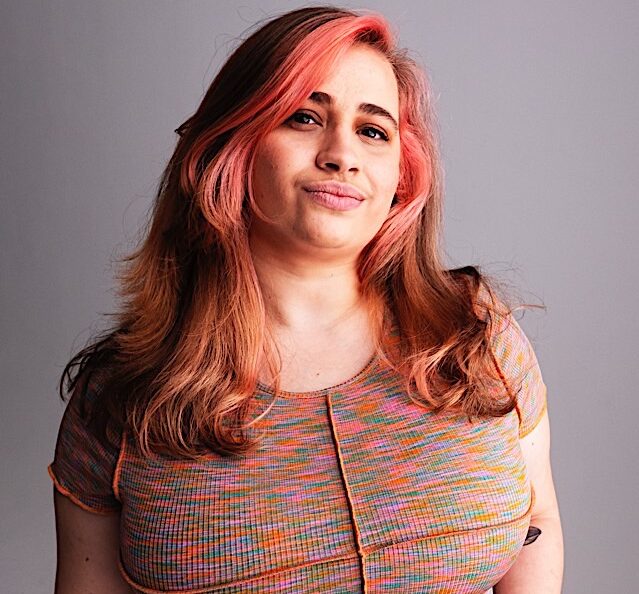 If you’re familiar with Natalie Fideler’s music, then you should be in for great journey with her new album “Three Man Army,” to be released via streaming on May 13th.

If not, let me introduce to you a recent LGBTQ+ Emerging Artists Award winner based in Minneapolis. By the time we explore Fideler and her music, you should be ready for a series of events celebrating the release of “Three Man Army.” That starts with a listening party at Mojo Coffee Gallery in Northeast Minneapolis on May 7th, followed by an album release show on May 14th at 7th St Entry with her band and Zaq Baker & GOWNS. She culminates her album release show cycle with an appearance at Utepils Brewing on May 21st for Fruhlings Fest!

“Three Man Army” has 13 tracks, ranging from mellow ballads to real rockers. Topics range from relationships and break-ups to dealing with the COVID-19 Pandemic and self-exploration. Simply put, Fideler takes you on a journey through “love to anger and hurt to healing,” according to Fideler. Each song, such as the title track “Three Man Army,” “Judas,” “Caffeine Headache” and “Dance With Me,” gives you a deeper look at Fideler as an artist and human being thrown into this universe. These recordings were with a full band, which you will see when Fideler performs at these album release events here in the Twin Cities.

Fideler learned music from the age of 3, “starting with Suzuki violin and piano,” said Fideler. “Both my parents are musicians, so music was an integral part of my upbringing. As a kid, I was always singing, dancing, or pretending to ‘play’ an instrument with my friends. I played percussion in school band starting in fourth grade which inspired me to learn drum set. Once I had a hold on drums, I formed a garage band with my sister and cousin, and we ended up gigging, writing, and recording together all through high school.”

The path to recording “Three Man Army” was paved with a discovery in social media. “One day I came across the LGBTQ+ Emerging Artist Award application in a Facebook group,” explained Fideler. I saw it and thought I’d apply just for the heck of it. A few months later I was staring at an email saying ‘Congratulations, you’ve won $10,000 to make a new record!’ and shrieking to my fiancé in disbelief. We got to work immediately.”

There is an elephant in the room that Fideler had to face down – the COVID-19 Pandemic. Fideler explained that “this new record, ‘Three Man Army,’ is a form of backlash to the way the pandemic stifled music as well as a culmination of how I have grown into my compositional voice over the years. It’s unlike anything I’ve ever done before, and I think it’s my best work to date.”

When I asked her about who influenced her music, the first person that Fideler’s mentioned was Liz Phair. The indie rock star always had an strong edge to her music – which is evident in Fideler’s album. “She pioneered the indie rock idiom of bedroom tapes to stardom,” explained Fideler, “and her music is absolutely iconic. I love the way she approaches lyrics like prose or an open letter, and I think my lyrics follow in the same vein.”

Fideler also adds The Beatles, Set It Off, Courtney Barnett, Regina Spektor, Dave Grohl, Prince, Emily King, Rozzi, Ben Folds, Billy Joel, Carole King, Janelle Monae, Lizzo – among many others – as inspirations for her music. Each of them is evident when you listen to “Three Man Army” in its entirety.

For those of you who have never listened to Fideler’s music before, and want to stream “Three Man Army,” I asked her what you should expect from the album. “The most important thing I want new listeners to know is that this record features a FULL BAND playing ROCK MUSIC!”, Fideler said. “A lot of the time people see a woman’s first and last name and think of a girl alone with an acoustic guitar singing folk tunes. While that is a perfectly good genre, it is not me! My writing style is very eclectic, so expect to hear crossover between genres like alternative rock, pop punk, and R&B with a hint of classical harmony.”

“My lyrics are incredibly vulnerable and sometimes quite bold,” Fideler continued, “so be ready to get to know me pretty intimately as well. Three Man Army also spans a vast emotional range from love to anger and hurt to healing, so hopefully there is at least one song on the record that you connect with on a deeper level.”

If you’re ready for a piece of music that takes you deeper into a person’s soul, stream Fideler’s “Three Man Army.” Better still, go see her at a show!

You can find out more about Fideler and listen to her new album, “Three Man Army” through her website: https://linktr.ee/nataliefideler