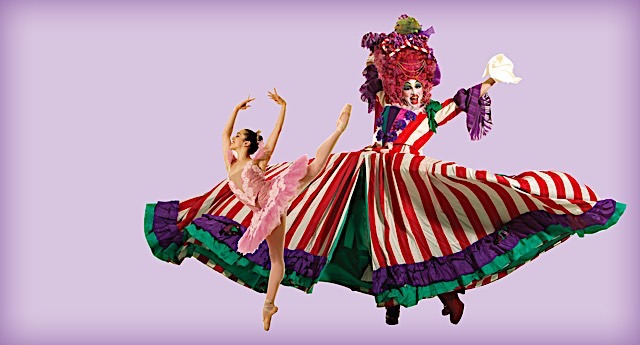 Endless applause can now be heard rumbling from inside our theaters. Finally, the unexpected hiatus of live performance is at its end and it couldn’t be more exciting for performers and audience members alike. The Minnesota Dance Theatre is among those thrilled to be returning to the stage—and continues to bring their long tradition of dance excellence, which started back in 1962.

“It was very exciting and exhilarating!” Pastén says.

“We only practiced a couple bows,” Tuazon adds, “but the conductor queued us for some extra ones because the audience was so ‘in it.’”

Lewis says, “To hear an applause at the end of the show was something I knew I missed, but I don’t think I realized exactly how much.”

The three dancers are riding the crest of that exhilarating wave into rehearsals for MDT’s upcoming performances of Loyce Houlton’s beloved Nutcracker Fantasy. This will be its 57th year.

For Pastén, Tuazon and Lewis, their commitment to craft “doesn’t end when you get home,” Pastén says. “You’re doing stretches, so that the next day you can work.” That passion and dedication shines onstage. MDT company members start their 9-12 hours days with ballet class, rehearsals all afternoon, and then teaching in MDT’s school.

MDT dancers each learn multiple parts for Houlton’s Nutcracker. This allows for dancers to fill in should anything unexpected arise. It’s “also if someone wants to come to more than one,” Lewis explains, “they get to see a show that was different than the one they saw before,” plus ”it’s more entertaining for us as dancers.”

Loyce Houlton “was pretty masterful in choreographing something that’s like a huge mosaic,” Tuazon adds. “If you wanted to see all the parts you’d have to see it multiple times, because you wouldn’t be able to keep up in a singular performance.”

One of the greatest things about art is its openness to interpretation and adaptation. Houlton’s Nutcracker boasts of timelessness and nostalgia. “I really like this version,” Lewis says. “The choreography still feels very relevant and it doesn’t feel like I’m doing a ballet that’s been around for 50 years.”

“It doesn’t feel stagnant in any way,” says Tuazon. “It definitely has an edge to it that makes it something different.”

The casting and the abundance of activity onstage in the opening scene informs how things play out in the rest of the ballet. In order to spot those connections, audiences must, Tuazon attests, “keep their eyes peeled for those little things.”

Traditionally, the main antagonist in the story is the Mouse—or, in some iterations, Rat—King. But, Pastén tells us,“Loyce originally casted the role as a queen, she’s not even a villain, just trying to protect her children.” Loyce’s rat queen is “fierce” and “all of the women that are learning the role are great at it, and are killing it.”

MDT’s current director, now in her 26th year, is Loyce Houlton’s daughter Lise. She continues to carry the mantle of her mother’s visionary and brilliant artistry. The entire production consists of at least 90 student dancers from MDT’s school, 12 professional company members, and a 44-piece orchestra conducted by Philip Brunelle. The production also features breathtaking set design, original 1960s costumes by Judith Cooper, and, of course, pyrotechnics.

Loyce Houlton’s Nutcracker Fantasy consistently ranks as one of the top productions in the U.S. and is also one of the oldest in the country, along with George Balanchine’s The Nutcracker in New York.

“Most companies don’t have quite as much of a history,” says Lewis. “When I first moved here everyone said, ‘Oh my gosh! Have you seen MDT’s Loyce Houlton’s Nutcracker Fantasy?’ So it’s quite a staple.”