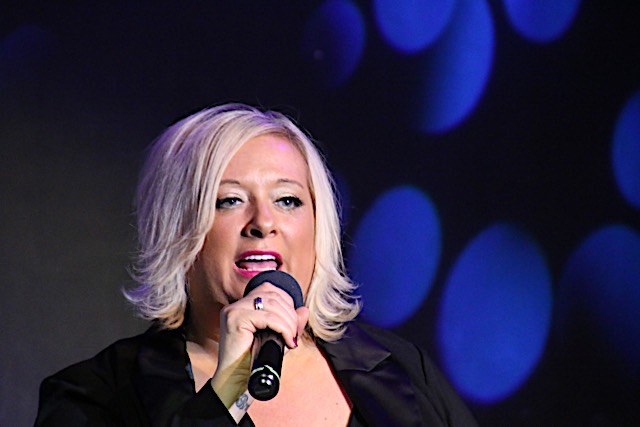 Sarah McPeck was raised with one foot in the city, the other planted firmly in rural Northwestern Wisconsin. Feeling isolated and needing to find like-minded people, McPeck found herself looking toward the city—where she quickly found new footing.

“I married my high school sweetheart… I moved back to the Twin Cities after I came out and had been married and had children.” And McPeck hit the ground running.

“One thing that I started doing was offering free improv classes for people in the LGBTQ community,” McPeck told me. “And Sam Turner offered up some space at Muffin Top for me for free and—that’s kind of how I started getting involved and letting people get to know me and offering kind of a service to the community.” 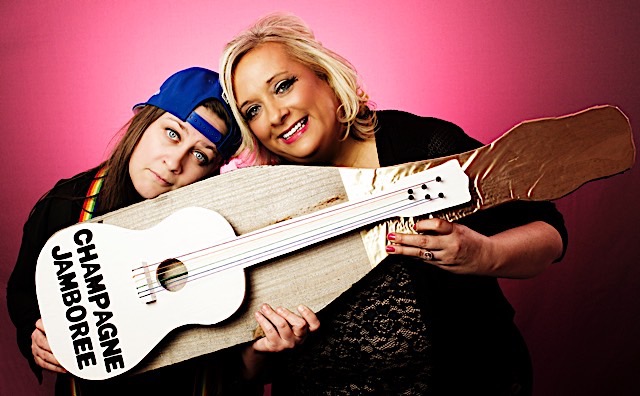 From there, McPeck got involved with the Twin Cities Film Festival—spring-boarding her onto the scene. “I was on the board of directors…and that really got me involved with a myriad of different organizations and groups.”

Her new connections, mixed with a prior working experience first pointed McPeck towards the stage. “I took a job as a blackjack dealer in a Native American casino,” she recalled. “People would always be like, ‘oh, my God, I looked all over for your table— you’re so funny; We always have a good time…’people would even tip me when they lost because they were entertained.” That experience gave McPeck the confidence to get into stand-up comedy—where she’s still making a name for herself. 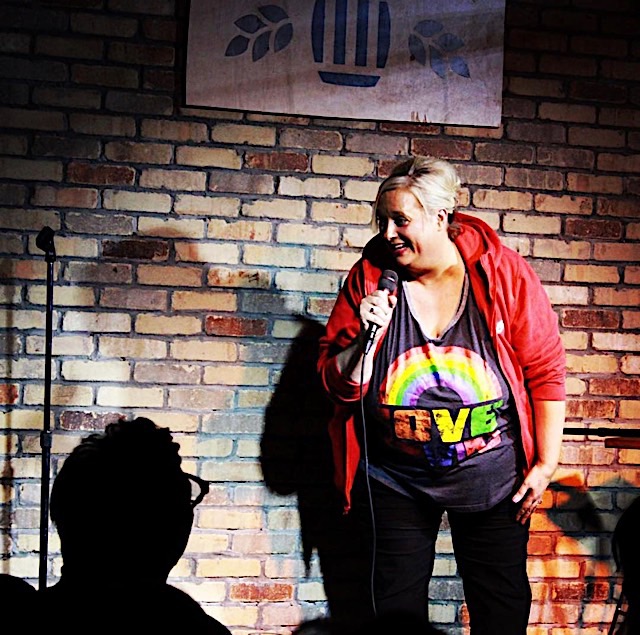 “The fourth Wednesday of the month…it’s called the Weds-Gay-Comedy Hour.” The show was shut down during the pandemic but re-opened in March. The next show is Wednesday, June 23, at Sisyphus Brewing Company. Maggie Faris will headline—tickets available online.

During the day, McPeck is a community manager at a luxury rental property in the south metro. She’s taught classes at Brave New Workshop—where she first started comedy, and she produced a documentary, Project Q (available on YouTube), that follows eight queer performers in the Twin Cities. 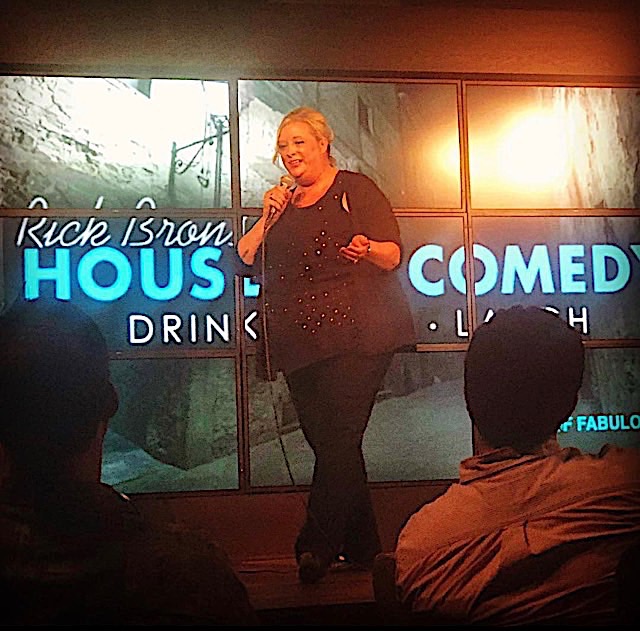 “Growing up in a rural farming community is absolutely, one hundred percent why I’m so community minded, and why I’m always trying to give back…all the amazing things we could accomplish when everybody pitched in and did something, you know…that takeaway will be with me for the rest of my life.”

Looking to the future, Sarah McPeck hopes to return to project she’d just gotten off the ground before the pandemic hit. Her Smash Bang Sketch Comedy Show debuted March 7, 2020, at Bryant Lake Bowl.

“It almost sold out. It was so amazing. And that’s something that I really want to put my time into—is I really want Smash to take off.” McPeck has plans for the return of her show, telling me that she “would really like it to become a long standing, like sketch comedy show in the Twin Cities, you know.” 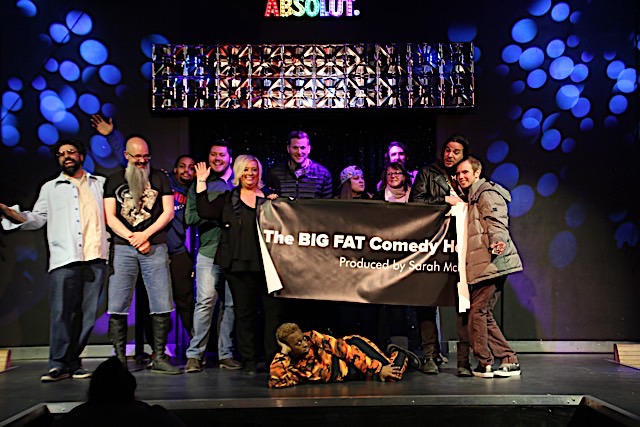 “It’s been very welcoming to me…I don’t really ever look at, like, trying to make it—because I feel like I’ve already made it. I have a community, people know my name, I get to entertain people…for that time, nobody is thinking about all the stress in their life. The lights are off and we’re just laughing.”