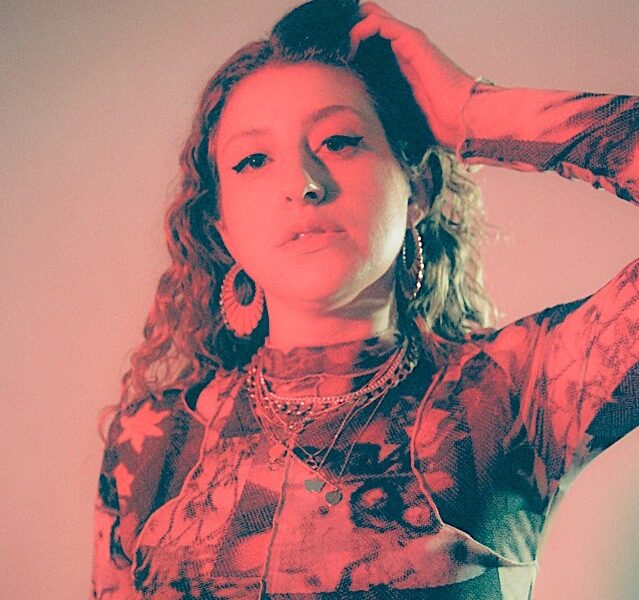 Nina Luna is a Minnesota native who has been writing music since she was young. Her mom was a huge Bob Dylan fan and a recording artist herself, so when Nina got the opportunity to record some of the guitar-based tracks she’d written, she jumped at the chance. After high school, she attended college in NYC where, although she majored in European Studies, she taught herself how to record, mix, and produce her own songs. She’s back in Minnesota for (most of) the summer and has been performing live shows to celebrate the release of her latest single, “Storms (Summer in Minnesota),” that dropped June 3, and her upcoming EP.

Nina’s previous work is very folksy, soft singer-songwriter, with influences from Alicia Keys and Florence and the Machine. “I think one of the reasons why I’ve struggled to find my sound [is because] I’ve just explored a lot of different styles of music. I like a lot of different kinds of music. I listen to a lot of Bob Dylan and I love that kind of songwriting, and then on the other hand, I’ve always loved Christina Aguilera because I loved strong female vocalists who could just kill it. That was one of my favorite things to do when I was little: try do Christina Aguilera and Mariah Carey runs.” Nina’s refrains are extremely catchy and show off her range. Her song “Force of Nature,” which came out in March of this year, has a bluesy beat and a hook that sticks with you.

Her sound on her latest work “is definitely a departure from the more singer-songwriter stuff that I’ve done recently, which I’m really excited about. It’s dancy, it’s a little bit rock and roll, it’s definitely a lot more attitude… There’s fully embracing all of myself, upbeat pop dance kind of thing, and also the side of me that’s an introvert and introspective and thinking about my feelings and things.” Although she is musically diverse, she knows exactly how she wants her music to sound, which is why she not only writes and plays her music, but records, mixes, and produces all of it herself. She also enjoys collaboration: the video for her latest single, “Storms (Summer in Minnesota),” was created by Kelly O’Donnell of Starseed Studios.

She spent ten years in NYC before coming back to Minnesota to hone her sound, reconnect with nature, and hopefully collaborate with other local artists. “There’s such a strong local music scene [in Minneapolis] and it’s really just like a community. I’ve played shows here and there in Minneapolis, but I’m excited to get back to performing live in Minneapolis and intentionally setting up shows with other artists and just letting myself be part of that community. When it comes to my career I’ve been very independent, because I was trying to figure out what my sound was, and what my image was, and all of that. I was kind of protective of that, but I feel like I’m in a place now where it just sounds really fun to be part of a community, reach more fans that way, and collaborate more.”

Her independent streak has helped her to focus on both music and introspection. Coming back to Minnesota in 2019 allowed her to hone her skills mixing and producing as well as spend some rejuvenating time in the Minnesota woods. “At the end of this most recent August, I went camping by myself for three nights. And I remember when I told people, they were like, ‘You did what? What did you do that whole time?’ I was like, ‘I don’t know, just sat in nature and loved it?’ It was great.” Being in nature, she says, is more difficult to do in NYC than here in Minnesota.

This summer, she’s already played shows at 331 Club here in Minneapolis, Silverlake Lounge in Los Angeles, and with a full live band at Icehouse on July 1. There will be more shows coming this fall – one for sure in September again at 331 Club – so be sure to follow her on Twitter or check her website, thisisninaluna.com. Her music and videos can be found on YouTube and Spotify. Catch up on her discography now, so that when you see her on stage this fall, you can sing along.