Hemisphere Inspires You to Achieve the American Dream 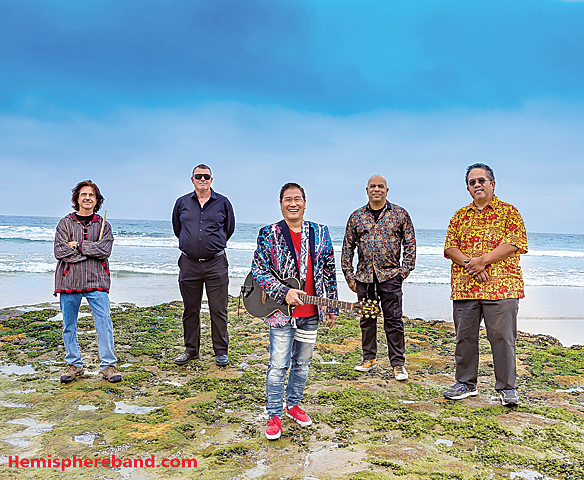 Rob Shinno is the founder of San Diego-based band Hemisphere, a fixture in the Southern California LGBTQ music scene. Shinno formed Hemisphere with sax player Don Bowman in the early 1990s and became a staple of the San Diego and Los Angeles Pride festival stages for many years, headlining the event on numerous occasions. Hemisphere has shared the stage with rock icon Joan Jett and Berlin among other acts.

Shinno and Hemisphere have recorded and released many albums in their career, including Blue Planet Dreams which garnered critical acclaim and was nominated for ‘Best Album of the Year’ by the San Diego Music awards. The band has also had the incredible opportunity to perform at the acclaimed Newport Beach Jazz Festival. 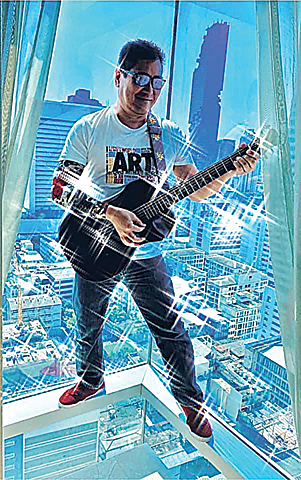 Two members of the band are openly gay, which was not common of musicians in the 90’s contemporary-smooth jazz scene. “I would say that back then almost no artists in that space were out publicly,” states Shinno. “I was one of the only smooth jazz-fusion folks who would go from Newport Jazz to San Diego Pride in the same week, and we have no real regrets.” Don Bowman, Hemisphere’s sax player and vocalist is also gay.

Their latest album, American Dreams is meant to be a journey thru various themes that help to define us a community, and as a nation. “If you listen to the end of the opening track ‘America’ you get the sense of unity, diversity, and equality that we are hoping to convey on the album,” mentions Shinno. “From there, you get right into the track ‘Dance Club’ which speaks to diversity and inclusion for the LGBTQ+ community as well as other marginalized groups. We all have someplace we go to feel comfortable and relaxed, regardless of our views or differences.”

The first single, “Transmission” was written by Shinno and drummer Mike McQuilken to emphasize an increasing amount of opinions about a variety of topics that now formed social media. “If you really break it down, there is a different dynamic to stating an opinion online and having a real conversation with someone. Whether it’s about a specific topic, or in some relationship it is so much healthier to have the conversation, than a one-way communication. We can call get along if we are willing to communicate.”

Hemisphere draws influence from LGBTQ icons including David Bowie, Depeche Mode, Duran Duran, and of course, Queen. “I am a child of the 80’s, so many great bands and artists were happening then. Music was so versatile back then,” recalls Shinno. “As you can hear, I am also a fan of the 90’s Pat Metheny era as well as Pet Shop Boys dance stuff. We are also greatly influenced by the Steely Dan and Tower of Power horns, jazz, and funk vibe. Hemisphere likes to mix it up compositionally.”

American Dreams was partially recorded during the COVID-19 pandemic, with Shinno and the band having to adjust their typical recording style. “We were initially slated to be in the studio for the album in April but due to COVID and the lockdown, we did not get started until August on a compressed schedule. With health and safety at the ‘top-of-mind’, we really had to think out how it would all go. Luckily, we were pleased with the result, in part due to our engineer and mixer Peter Sprague, as well as flexibility by all the players and guest artists including album mastering by the legendary Bernie Grundman.”

Hemisphere is a visual band incorporating video collage elements and custom visual effects into their live performances. The visuals help accent the music and allow for a more immersive experience. Shinno is eager to bring the band on the road in 2021. “We have the American Dreams album and a back catalog of songs to choose from. In addition, about half of the songs for the next album ‘Unity’ are in the works, so unlike American Dreams I think we will test drive them live.”

For more information about Hemisphere and to listen to American Dreams, visit www.hemisphereband.com