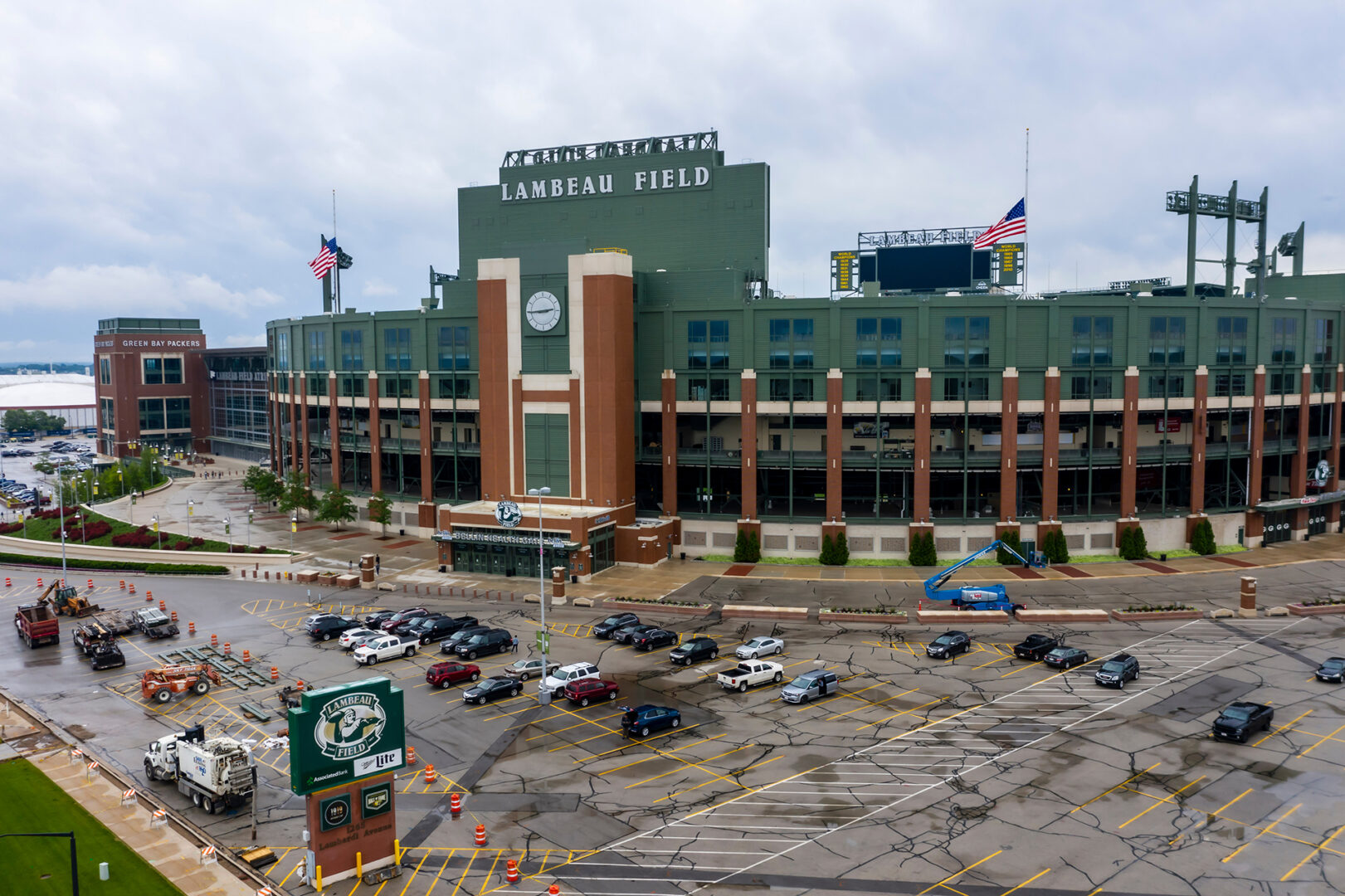 Attention, Vikings fans: On New Year’s Day 2023, the Purple People Eaters plan to demolish the green-and-gold Packers on their home turf, Green Bay. (The Packers have other plans.)

Should you be one of the 81,441 ticket holders that will fill Lambeau Stadium to bursting, well, you’re probably one of the citizen owners of the Wisconsin team. It’s the only one in NFL history to belong to a city rather than a single boss.

If not, you’re invited to join the hordes of tailgaters heading north for the weekend to the finger of Lake Michigan that gives the town its name. You can tour the famed stadium itself—pausing in its interactive Hall of Fame to admire those gleaming trophies, check out statistics, and see how you measure up to legendary Packers athletes.

Then proceed on a tell-all tour of the facility, from those VIP boxes to seats in the bleachers and a chance to pat (but don’t step on!) the turf. You’ll learn the team’s history (13 times world champs since 1922), choose a great game or two to replay onscreen, peek at legendary coach Vince Lombardi’s office, stop at the Pro Shop for your share of Packers gear, then relax with a bite and a brew in 1919 Kitchen & Bar.

Then on to the Super Bowl? Who knows? Meanwhile, linger in Green Bay to explore the super bowls in the city’s cache of singular restaurants, starting with a classic burger (topped by a brat if you wish: This is Wisconsin, after all) at Al’s Diner, dishing out home-cooked faves since 1935.

At the other end of the culinary spectrum rises the Taverne in the Sky, anchoring the top floor of glitzy Lodge Kohler, overlooking Lambeau Field. I filled my plate with the kitchen’s addictive artichoke-lemon fritters, followed by a grilled Caesar salad sporting polenta croutons and a Parmesan tuile—trying (but not very hard) to leave room from my scallops to follow. Those beauties deserve a trophy of their own.

Close by, here in the Titletown District, we stopped another night at Hinterland for a refined take on brew-house fare, like the combo of grilled shrimp and pork belly atop cheddar grits; bbq duck wings with kimchi and blue cheese dressing; a bowl overflowing with flash-fried brussels sprouts petals; and woodfired pizzas to rib eyes for the truly famished.

Kroll’s West, directly across from the stadium, has sustained its laid-back, supper-club vibe since 1936. Cocooned in a curvy vinyl booth, it’s time press the tableside buzzer for service to summon that icon of Wisconsin’s eating scene: cheese curds. Can’t leave without the kitchen’s famous Butter Burger, either—yes, as dangerously delicious as it sounds, arriving with a pat on top of the patty.

Next, the best Irish food I’ve had outside the mother country. It’s found in St. Brendan’s sunlit dining room, where our tasting feast began with an ultra-tender lamb shank bathed in Guinness gravy and ended with pineapple upside-down cake swathed in Cognac chantilly. In between, out came pork loin medallions mellowed with a whiskey-garlic cream sauce and fried chicken under a whiskey-pepper glaze—plus plenty of liquid cheer.

To give equal time to Green Bay’s German heritage, we lunched at the historic Lorelei Inn. Under the gaze of its namesake maiden on the mural wall, I enjoyed a generous plate of liver and onions along with sweet red cabbage, while the tablemates bit into their tender schnitzels, Reubens and fish fry platters—and, yes, more cheese curds. To calm us, we next stopped at Cultivate Taste Tea Salon, where certified tea specialist Jennifer led us through the ceremonial way to best savor her oolong offerings.

First thing in the morning, to assure they weren’t sold out, we burst into Uncle Mike’s Bake Shoppe to sample Wisconsin’s official state pastry, the kringle. It’s layered (and layered and layered) with loads of butter, like a croissant, and just as flaky. Mike’s best-seller is his sea salt-caramel version, followed by the cranberry-orange twist. Savory ones, too, like the spinach, cheese and bacon number or the loaded potato version. Uncle Mike sells thousands a week but runs out daily, so set your alarm.

And next, give pause (and thanks) for an only-in- Green Bay culinary legend called booyah. It’s best, folks swear, at The Booyah Shed—a tiny cabin with a perpetual line out the door. Ring the bell (er, pull the rubber chicken at the window) to place your order for a cup, bowl, or quart of this delicious, long-simmered chicken-and-veggie soup of Belgian origin. Chief booyah maker-cum-owner Dan also offers homemade everything, from brats to cherry pie. Top that if you can, Scroogy’s!

And yes, it can. Marjorie, who’s headed that chocolate-candy outfit for 30 of its hundred-plus years, leads us through the manufacture of some of its 600 varieties, all produced in small batches via hands-on workers. The plant goes through four tons of chocolate. Per. Day. Which adds up to 2½ million candy bars a year and countless gems like the best-selling chocolate meltaways that miraculously melted away, somehow, before they reached my suitcase.

Lest you think we washed all those goodies down with lake water, let me note that Green Bay, pop. 106,000, boasts eight breweries—each producing its own rainbow of craft beers. We also visited a pair of wineries—Captain’s Walk, housed in an historic homestead, where hard cider and small plates are on offer, too. Best sellers Captain’s White and Captain’s Red anchor the sweeter end of the spectrum, while its Sangiovese offers a richer profile.

Paradise North Distillery, opened by recovering accountant Tom Feld in 2021, boasts a line of spirits based on largely local ingredients, like the spruce tips he forages to flavor his gin. Best-sellers bourbon, chocolate vodka and coconut rum reflect Tom’s take on what this market savors. His tasting room cocktails wisely spares the esoteric in favor of drinks his customers can easily concoct at home.

Before you jump in your car (or board a quick Delta flight), jump into Automotive Gallery, launched in 2016 in a former Cadillac showroom to show off 80-plus shiny vintage autos in the revolving display chosen from the 175 which owner Red Lewis sports in his collection. It spans over a century of auto history, accelerating from a 1912 Maxwell Messenger to a 2020 Ford GT. Each boasts a clever storyboard that adds to the fun. Visitors can climb into the 1918 Dort Speedster for a photo op, too.