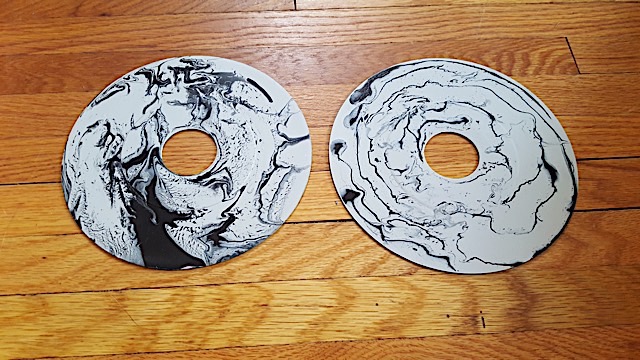 Eric Pothen, creator of Embrace Wear, calls himself a middle school teacher by day and an eating disorder advocate by night.

After struggling for several years with an eating disorder and then fighting his way out of that space, he was inspired to share his story on social media.

“The number of people that had a connection to or were struggling with an eating disorder was really eye opening to me,” Eric said. “After receiving that kind of feedback it served as motivation and fuel to figure out how to open the door to having more conversations around eating disorders and body image.”

He began his advocacy work and soon decided that he wanted to create a more widespread effect and message.

He brainstormed what was at the root of his eating disorder advocacy work and the word that stood out the most was ‘embrace’.

“Really at the end of the day it comes back to us needing to love and embrace ourselves for who we are as a person and care less about the physical appearance that we have.”

So he started Embrace Wear, which began with shirts and small gifts and is expanding a little at a time. The word “embrace” is printed on all of the clothing.

“It’s a simple word but my hope is that people look at that shirt and say ‘what exactly does that mean?’ and it begins those conversations around eating disorders and disordered eating.”

Some of Eric’s other wares include self-love crystal bracelets. One is made of rose quartz, which is known as the universal crystal of love. The second is hematite, which represents transforming negative emotions into positive ones to create more space for self-love, according to Eric.

“Just some words of inspiration; you’re worth it. The relationship with yourself and the narrative that goes on within is so important and so really just love and embrace yourself for who you are.

Podcast: Embracing You (on Spotify, Apple Podcasts, and Podbean)

Krista Louise, creator of Artgasm, always liked the idea of being creative, but would get stuck on the idea that it needed to be perfect.

“Abstract’ opened up my idea of art, so I could paint without the pressure of it needing to be perfect,” she said.

“Painting is helpful to process emotions for me. When I first started painting, I was in an abusive relationship, and painting gave me a sense of freedom and independence, which helped me get away from that person. Now I keep painting to help with day-to-day things that come up, as well as depression and anxiety. It’s like journaling, with a sensory aspect.”

“All my work is created using secondhand materials, including the paint and the surfaces. For example, I have painted on canvas, wooden boxes, cardboard, and ceramic.”

One of her favorite gift suggestions for this holiday season, especially for music lovers, are painted vinyl record LPs and 45s with funky color schemes.

“If you want to create art, do it. You don’t need it to be perfect, you don’t need fancy materials or years of education. Go to a thrift store and pick up whatever supplies speak to you and have fun with it.”

Trixi Del Mar has been a drag performer and costume maker for more than 12 years. Some of the garments they’ve created for other Queens have appeared on “RuPaul’s Drag Race”.

When the pandemic hit and Trixi could no longer perform in bars and the retail shop they worked at closed, they made a magic wand with materials lying around the studio…and then they made another.

“It’s grown into the best job I’ve ever had,” Trixi said. “While the over 500 wands I’ve made have been popular and beloved by their owners, I decided to branch out and see if there would be any interest in a craft item I had made for myself long before I ever made wands: glow in the dark mushrooms.”

They recommend the glow-in-the-dark mushroom bottles as their most popular gift. Or, the mushroom suncatchers, which create rainbow prisms in sunlight, and glow at night.  If you’re thinking of stocking stuffers and are on a budget, try out the miniature glow mushroom bottles! They’re hoping to have more wands in stock in time for the holiday season.

Trixi has always been inspired by the fantasy genre. “Being able to create an object that belongs in those worlds, which a person can handle and experience themselves, makes the fantasy a little more real, and I’ve found that we can all use a little more of that these days.”

“Everything I make is sculpted from scratch by hand, without molds, so each piece is just a little different and unique, which means that I’m constantly coming up with new ideas and styles!

Kai and Amber kick-started their business Burning Dreams about a year ago, which features wood burned signs, handmade soy candles and other gifts – all made from repurposed or recycled materials.

“We always knew that each other was kind of crafty and when we started seeing each other we would do small crafts together and then I just kept whipping out stuff,” Kai said.

Amber handles the wood burning projects while Kai makes the candles. “The Burning Dreams name came about because candles burn and I burn wood so it just flowed together,” Amber said. “I do a lot of nature stuff and trees and anything out in nature is kind of my favorite thing to burn and make into signs.”

Every craft show they’ve participated in this past year has been more successful than the last and they’re excited to grow their business into other creative outlets such as photography-based projects, sewn goods and scarves and even more custom work. They recommend their custom signs for homes or cabins with the holiday season fast approaching!

“I’m outdoorsy. I like getting drunk on patios.” is one of their favorite signs along with a welcome sign that reads “Go Away” in classic passive-aggressive Minnesotan fashion.