Alternate Destinations – Europe Without The Crowds 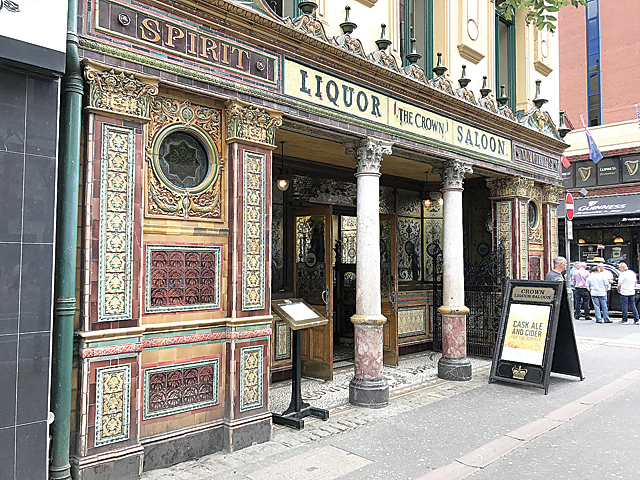 When Europe welcomes visitors once more, tourists will descend, with pent-up fervor, on the bold-name capitols topping every to-do list. But crowds of gawkers are no one’s idea of a good time, and pose risks to health. Here are some sweet alternatives to those popular destinations—lesser-known towns blooming with their own special history, culture and good food.

Instead of elbowing other tourists in Vienna, head to Graz, Austria’s second-largest city. Consider it the L.A. of Austria (but far easier to savor). Both are blessed with a quasi-Mediterranean climate, fostering not only a lush market basket of edibles but a laid-back way of life. And while Los Angeles makes do with nicknames like LaLa Land, Graz has earned far more intriguing titles. UNESCO dubbed it a City of Design. Foodies name it the City of Culinary Delights. It’s also known as the Green Heart of Austria for its surrounding fields and forests, luring tourists since Roman times.

Gracious Graz is easily walkable—unless you count the 300 steps to the forested mini-mountain called Schlossberg rising from the heart of the city, offering spectacular views of the sprawling red-tiled roofs below. Or reach the pinnacle via an elevator built within the mountain, whose tunnel doubles as a performance space.

Spot that blue glass whale beached beside the river? It’s actually a modern art museum, nicknamed the Friendly Alien. And the shops behind it, rejuvenating a once-dodgy neighborhood, are just as contemporary, offering trendy jewelry, designer specs, and artisanal pottery.

In front of the Alien stretches the bridge across the river, whose rampaging waters are punctuated by an island sporting an outdoor café. Another open-air café beckons atop nearby K&O, Austria’s largest department store. Bonus: another scenic overlook while you sip a cup of tea.

From there, it’s a short trek to the city’s most-visited attraction, the Landeszeughaus Armory, showcasing old-time swords, lances, muskets, pistols, helmets—the largest collection in the world—a sort of Salvation Army outlet for cast-off means of doing someone in.

The museum quarter called Joanneum features a cache of collections housed underneath a concrete plaza. A favorite: the Neue Museum, with its stroll through Austria’s recent art, from Impressionism and Realism to the sometimes-startling post war Avant Garde. The town’s majestic cathedral is famed for a cautionary fresco titled “The Plagues of God.” Be good, it counsels, or He’ll send plagues of locusts. And Turks.

The Stadtpfarrkirche of 1439 claims bragging rights for its glorious altarpiece by Italian painter Tintoretto. An equally brilliant modern stained-glass window depicts Jesus being mocked; observant eyes can spot Hitler and Mussolini jeering in the crowd.

Time for some of those promised culinary delights. Altsteirische Schmankerlstube is a cozy eatery that’s been around forever, enticing visitors with the likes of creamy garlic soup, roast pork with sauerkraut and dumplings, wiener schnitzel—and, for dessert, if you still can lift a spoon, pumpkinseed ice parfait, made from the town’s most celebrated vegetable.

Glockenspiel Square offers another inviting table: Glockenbrau celebrates the region’s classic comfort food like krausflerl (cabbage and bacon tossed with pasta) delivered by a weight-lifting fraulein with four formidable steins of beer in one fist, two platters in the other. By the time everybody clinks, “Prost!” it’s time for another round. Cast your eyes (and your camera) upward to the square’s clocktower where, as a tune peals forth, a little door opens and out twirls a tiny farmer in lederhosen, stein in hand, as his pirouetting sweetheart waves her hankie.

Discover the source of all things tasty at Kaiser Josef Markt. Stalls burst with sweet apples, hearty sausages, creamy cheeses, and pumpkin everything, from seeds to the coveted pumpkinseed oil that flavors edibles from salads to ice cream. Behind the busy market rises the elegant Baroque opera house, another reminder that Graz is not all that far from Italy. www.visitgraz.com.

Madrid is crazy-busy, and it’s big. Instead, head to Pamplona, known for July’s frenzied Running of the Bulls. But not then; choose another week to have the storied city to yourself.

You won’t be the first tourist. The Romans built a garrison here in 75 A.D. and awesome traces remain today. Pamplona’s cathedral stands on the site of a former Roman temple, and the Empire’s walls still guard the city. In its museum, excavated Roman treasures shine, along with Gothic saints bearing gold-platter haloes and a precious Goya masterpiece.

Where Romans forged, Christians followed—notably St. James, spreading the word to heathens. Ever since the Middle Ages, when his remains were discovered here in Northern Spain, pilgrims have followed his Santiago path. Pamplona, where the trail disgorges hikers from a mountain pass, has flourished as a major holy stop along the way.

Then there are the pilgrims of another stripe—the devotees of Hemingway, who brought Pamplona to the world’s attention as an ardent enthusiast of the running of the bulls. Gertrude Stein had advised the fledgling storyteller, “Go to Pamplona and you’ll no longer be a journalist, you’ll be a writer.” It worked.

These days fans can pick up the scent in Hotel La Perla, where his room, 207, is kept exactly as it was when he watched the bull stampeding past its balcony. Stop in at Bar Iruna to snag his favorite table, shared with Hollywood’s Ava Gardner and Orson Welles when they filmed “The Sun Also Rises” here in 1957.

Hemingway’s statue anchors the bullring, where visitors can peep into the matadors’ chapel, and, conveniently across the hall, the emergency room. Pop for a ticket in Box 2, Ernest’s seat.

Pamplona offers an amazing treasury of dining options, both traditional and modern, including three restaurants boasting coveted Michelin stars. At four o’clock—lunchtime in Spain—cheery Bar Ina is as closely packed with customers as the sardines on their menu. Like a bucket crew, customers pass plates from the counter to waiting diners. At stylish La Mar Salada, paella reigns. Rodero earns its Michelin star via a traditional Spanish potato tortilla ramped up with truffles. Flaky fish and suckling pig follow. Just when you think it can’t get any better, fragrant strawberries stuffed with mascarpone arrive. Drooling? Visit www.spain.info and hop a plane.

In high season in Paris, tourists seem to outnumber the locals. Bypass the hordes and streak south to Bordeaux. It’s where Parisians themselves escape on holiday.

You know its wine (worship it, in fact). So come to the source and get to know the city, too. As usual, the Romans got here first—and planted vines. They sailed up the Garonne River, and where they landed has served as an important port city ever since. On the remains of a Roman temple stands a temple of another sort today, the grand Opera House of 1780. Across the plaza rises the elegant Regent Hotel, composed of five town houses of past centuries and a restaurant glimmering with a Michelin star.

Near it stretches Ste. Catherine Street, an avenue of shopping frenzy—and a solid wall of people on days of the semiannual sales. All those snazzy boutiques cut prices up to 70 percent, meaning, yes, you can snatch that irresistible handbag, those designer boots, at prices rivaling Wal-Mart’s.

The town’s venerable cathedral boasts the formidable flying buttresses of its 13th-15th-century rehabs. Here in its Gothic chapel, Eleanor of Aquitaine married Louis VII (before her later hubby Henry).

At the neighboring Hotel de Ville (still Bordeaux’s Town Hall), Napoleon held office. Down the street, the Museum of Decorative Arts occupies a sumptuous 18th-century mansion showcasing the pretty antique furnishings of those doomed aristocrats. The far less elegant Museum of the Resistance bristles with spirit as it traces the exodus to concentration camps.

On the grand waterfront promenade, where concerts and light shows draw crowds, follow those incessant joggers to the gentrified Merchant District, where a warehouse now serves as the mind-blowing Museum of Contemporary Art, complete with a buzzy restaurant serving local specialties like foie gras, oysters, and mussels with frites. Plus you-know-what wine, of course. Speaking of wine….Sign on for an intro lesson at l’Ecole du Vin (which I dubbed Wine School for Dummies like moi). Talks of terroir between sips boost one’s insight into why Bordeaux tastes so lovely. www.bordeauxtourisme.com and www.franceguide.com/us.

Dublin’s lovely, fans of All Things Irish agree. But venture to Belfast and you’ll have the city to yourself. It’s the boomtown of the Emerald Isle—and high time. First, America’s Prohibition felled its whiskey industry, then ruthless Nazi bombing put a halt to shipbuilding, well after launching the Titanic. Then came havoc from the Troubles, whose politically-charged murals still vibrate from brick walls. (The only Trouble I encountered there was trying to focus my camera.)

Facing each other on Great Victoria Street stand two venerable landmarks: the uber-ornate Opera House and the just-as-fancy Crown Liquor Saloon of 1849, beloved for its wooden snugs and flowing taps of Guinness. Nearby City Hall, frilly as a wedding cake, is the pulse of the city with its surrounding greensward occupied by teenage Goths, looking like cherubs dressed for Halloween. Beyond rises the Belfast Ferris Wheel, a grand way to get an overview. Scan the nearby riverbank, where you’ll spot the city’s iconic cranes, Samson and Goliath, loading ships. Or cross the waterway for a Titanic-themed tour.

Pass the Albert Clock, tilting more than the upright husband of the upright queen ever did, to venture to St. George’s Market, an extravaganza of Irish provender, and the newly-gentrified Ormeau Baths, now an avant gallery.

Tread the tiny alleys off High Street to seek the pubs of your Inner Irish soul, reeking with history, and Guinness. John Hewitt is known as the literary pub; White’s, of 1630, welcomes “lords and ladies, smugglers and shawlies.” Kelly’s Cellar of 1720 likewise pledges that “liberty, equality and fraternity” reign.

Should you imbibe too freely, seek penance at St. Anne’s in the Cathedral Quarter, once home to derelicts and now a hotspot for smart galleries. Queen’s University’s enticing campus anchors Queen’s Quarter, with clubs and eats from pub grub to fine dining, local seafood to braised beef. www.discovernorthernireland.com.

While Berlin bustles, Dresden preens. “The Florence on the River Elbe,” they called it, for art collections housed in gorgeous Baroque palaces—until the Allies carpet-bombed the city in World War II. It’s been painstakingly restored, starting with the Royal Palace housing treasures ranging from weapons (“the ornaments of power”) to regal garb to weirdly wonderful collections of gold, ivory, precious jewels and, of course, art with a capital A: The Alte Meister boasts all the bold names, from Cranach to Raphael, Rembrandt to Vermeer.

Nearby, the esteemed Semper Opera House (Wagner’s home turf) has been rebuilt in all its splendor (lots of it fake, as you’ll learn on a tour). A former stable wall now sports the Procession of Princes mural, made of tiles of precious Meissen porcelain. It leads to the heart and soul of the city, the beloved Frauenkirche, a white-and-gold wedding cake lovingly reassembled from a heap of rubble.

Then cross over to the dark side: more recent history that needs to be remembered in order not to repeat itself. Benches on the river promenade bears a sign forbidding Jews to sit. A nearby synagogue has been rebuilt after destruction, with a six-armed menorah representing the six million lost. It stands in the shadow of the former Gestapo HQ.

History’s next chapter is reenacted at the Stasi Museum, housed in its former prison, overseen by Putin of the KGB. Providing a wider picture, Star-chitect Daniel Libeskind has designed the Military History Museum to examine war. He’s taken a Baroque mansion and pierced it with a huge steel structure to show what war does: upset and destroy.

Food on the table is happier to come by. Dine elegantly at Alte Meister, or for a divine dive into grandma’s cooking, seek Kurfurstenschanke, occupying a sweet building of 1708, where liver stewed with pears vies with sauerbraten and schnitzel to seduce your palate. www.saxonytourism.com