ALOK Performing at the Pantages on June 11 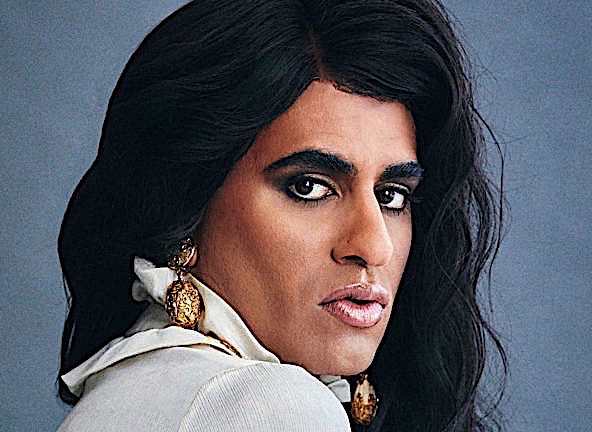 They are a gender nonconforming writer, performer, comedian, poet, and, according to the artist, “I make work that’s about gender and race and belonging.”

ALOK, whose full name is Alok Vaid-Menon, is on tour right now, making their stop at the Pantages Theater in Minneapolis on Saturday, June 11 at 8:00 PM. According to ALOK, their latest show is “a hybrid comedy and poetry show.”

They have been performing poetry since around 2009. “What I always felt was so beautiful about poetry is its ability to capture small moments in life and show how miraculous they were,” explained ALOK. “I always feel like I’m first and foremost a poet in my attention to language and the way that I craft narratives and sentences. And, I speak with a poetic cadence, always thinking about sound, but then all of my poems were about really depressing things, violence, trauma, discrimination. And so, as a poet, I started to do comedic interludes in between my poems, just to sort of lighten the mood and make it so that people could receive another sad poem after another sad poem without feeling overwhelmed. And then, I started having more fun doing the comedic interludes than I did the poems.”

Then, ALOK began to start doing more comedy in their performances. “What I really like about joining [poetry and comedy] together is it’s kind of like putting cheese on broccoli or peanut butter on celery,” explained ALOK. “It allows people to receive the more hard hitting stuff because the humor sort of makes us more comfortable or gives us a sense of levity. And I also like how it’s just honest, the way that I and I think a lot of us live our lives, which is that humor actually allows us to keep going when things are difficult. And one of my frustrations with the mainstream comedy world is that a lot of comedians are joking from a very dark place of trauma that they don’t speak about it. And so, what I like to do with my poems is establish, hey, the reason I’m joking so hard is because things are so bad right now.”

“[T]here’s so much misinformation about people like me where people think that they know trans people,” ALOK further explains, “people think that they know who we are, what we represent. So, I have to be very careful when I’m on stage to remember that I’m often one of the first people who look like me that people have ever encountered, and that feels really charged that it’s through a performance context.”

Yet, ALOK is ready to give us a performance here in Minneapolis that has been a couple of years in the making, after a pandemic shut down every performer from being on stage – or taking their craft virtually. In particular for our audiences. Expect many disciplines that will make you laugh and think. If you have seen ALOK through YouTube, you can also see an intersection between cultures and identities that is well crafted in both comedy and poetry.

Their Minneapolis stop as part of a tour across the U.S.A. through June. If you want more reason to go see ALOK, they “really see this show as a love letter to trans and non-binary people who are being persecuted. I wanted to create a space where trans people could laugh and feel comfortable and relax. And so, I feel like the way that we respond to this political moment of course has to be about legislative and judicial interventions to protect our rights, but it also has to be about shifting the culture. I think artists are uniquely positioned to do that work of cultural change, and I feel a deep calling to do that now.”