A Word In Edgewise: Come from Away and We’ll Take You In 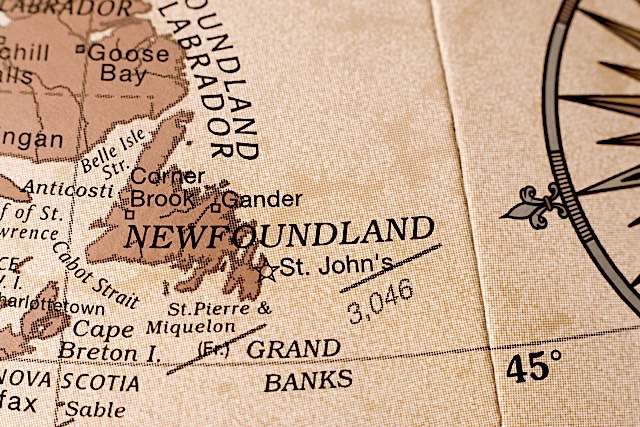 Home. The word, the concept, has almost as many connotations as there are individuals. For many, there’s the stereotypical house and white picket fence, even though we know the darkness beyond the door often gives lie to the white gloss of the exterior.

How many written words, of songs, poetry, images in art, work to capture home with a capital “H.” You Can’t Go Home Again, Keep the Home Fires Burning, Odysseus’ 10-year return (in his own erratic, solipsistic fashion). Letters from soldiers far away, from kids at camp, of Eloise and Abelard each seeking home in the bosom of the other. A House Is Not a Home, if you want to stretch the image…

“Home is where the Heart is,” Home Sweet Home, Home on the Range, “Home is where I hang my hat,” indicate more than latitude and longitude. It can mean “Other people” or it can embrace “Solitude.” It’s defined in Robert Frost’s “The Death of the Hired Man” as, “Home is where, when you have to go there, / They have to take you in.” A dubious, ambiguous reunion for all concerned.

In the Orpheum’s recent Broadway production, Come From Away, one brief, eternal moment, as the twin towers fell on 9/11, clearing all US airspace in a stroke, “Home,” for nearly 7,000 stranded air passengers from around the globe, Home became “The Rock,” formally known as Gander, Newfoundland. After 28 enforced hours aboard the place they had to go, they were released to the welcoming warmth of the town’s residents who took them in, who rallied to feed, entertain, and lodge the influx of guests sent through terrorist destruction of which the passengers were still ignorant.

“Come from away,” in local parlance, means anyone passing through “Here” on their way “There.” In 1935, Gander (CYQX) was chosen for its location close to the great circle route from New York to London. When international travel became feasible after WWII, Newfoundland Airport became Gander International Airport—then after non-stop jets ruled the skies, less frequented.

On that September day in 2001, Gander’s population grew by nearly 66% through operation Yellow Ribbon, that rerouted all US air traffic, Canada dictated outlying host airports (including Vancouver, Halifax and others) to keep central Canadian terminals open. Gander’s and the other newly minted hosts were left to their own devices as to how to feed, shelter and entertain the wayfarers.

Created by Canadian spouses Irene Sankoff and David Hein (Book, Music & Lyrics) Come From Away has won a rainbow of awards, including the 2019 Olivier Award for Best Musical. Using a very simple background “wall/aircraft hull,” tables, chairs, and outdoor/indoor indicators, 14 cast members, each character’s name with added “and others,” the ensemble portrayed real Gander participants, or amalgams thereof, to represent passengers/townsfolk, including dynamic captain Beverly Bass (played by Moorhead, MN native Becky Gulsvig), who had been taking that American Airlines aircraft from Paris to Dallas.

Each of the 6,700 evacuees no doubt had their own aching images of home, wondering when—if—they’d see it again, but the playwrights’ skillful handling, and the actors’ uncanny merging and shapeshifting brought Home home to tiny Gander. Using the same actors as residents and evacuees intensified the events of those five days, revealing “home” through the eyes of both givers and receivers, who, it turns out, are the same.

Minneapolis is a notoriously easy audience, but the outpouring of cheers and the standing ovation on opening night made one’s eyes sting (just a bit) as one also leapt to one’s feet, joining in to welcome these visitors from Away into our collective Heart and Home.