To Struggle and to Dream: The Evolution of Gender 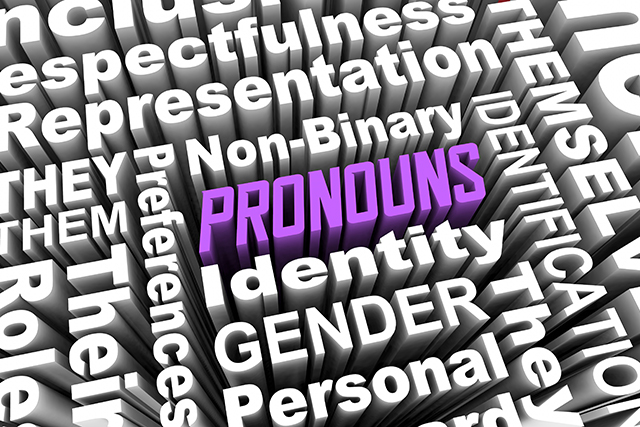 There is a world where gender lives unconfined, vibrant with the beauty of raw authenticity and joyous expression, where people can live in safety and peace no matter their identity, but it is not this world, not yet. Gender in this world is characterized by struggle – struggle of the gender oppressed towards liberation under the systems designed to enforce binary, patriarchal cis-normativity upon all within reach. This struggle drives the evolution of gender, with the dream of a better world – a world where gender lives unconfined – as its fuel. The work toward achieving that dream, however, necessitates an understanding of the dreams and lived conditions of those whose identities place them on the frontlines of this process of gender’s evolution. That understanding is most easily found through amplifying trans voices to share their stories and experiences.

One such voice belongs to Margot, who recently spent four and a half months in an environment where she had to remain closeted as a trans woman, fearing for her wellbeing if those she was surrounded by found out she wasn’t cis.

“That was way harder than I thought it would be, to like, not be able to talk about this big part of my life. There is a toll that hiding from the rest of the world takes on you. It really takes a toll on your brain even when you’re alone… It has become ingrained in my brain – and I don’t know what to do about it – that cis is beautiful trans is not.” she explained before opening up that  “For me, a lot of trans experience is, like… negative. It’s being excluded from healthcare, deadnamed, cutting contact with family members, knowing there are places in the world I can’t travel.”

Concerns for safety were also shared by a passionate non-binary organizer named Ag as they discussed the uphill battle of navigating legal transition challenges.

“I wouldn’t even feel safe if there was an option for me to have a nonbinary license. I’m just gonna get a male one because I don’t wanna get beat up, which is sad because I wish I could have that on my ID and feel safe.” they shared.

The deep struggle that comes with being trans is undeniable, but where there is struggle, there is resilience in the perseverance of life, and where life perseveres, the whisper of a better world can still be heard. Mae, a trans woman with a powerful disposition and a passion for helping others, offered her vision of the kind of world she wants to see won.

“One where we’re free to be ourselves without having that fear of retaliation, or that fear of being physically assaulted just for being trans. One where we’re able to go to the doctor and get our HRT and everything like that without having to jump through so many hoops. Yeah… It would be really cool to live in that world.” she said, before adding: “It feels like I’m asking for the bare minimum which is really sad, but that’s – I mean – honestly that’s all I can ask for.”

Invited to share their thoughts on what a gender liberatory world would look like, Ag expressed that they “thought about free trans inclusive healthcare, public housing, mass transit, worker owned systems… basically just a world that’s rooted in caring for one another – cis or trans. Going through that world would just be so euphoric, and I feel bubbly when I think about it. I get butterflies in my chest kind of, thinking about a world where we can all just, like, exist and care for one another.”

Margot responded that she just wants a world where being trans isn’t a big deal before speaking to the things about being trans that feel positive.

“The more positive stuff is I guess just to do with my life and rebirth and, like, being able to be myself and put my life into a place that I feel very excited about living every day.” she reflected out loud.

Margot’s ideal world is to “be able to access the amazing, transformative, life giving parts of being trans, without the stigma and the – oh my god – just the ravid hatred, or the more structural issues that are in place to keep us in our zones.”

Upon obtaining the vision of a better world, a new challenge is presented, the challenge to make that world a reality. Agency must be embraced in steering the struggle, the evolution of gender, along the proper course to the end destination.

“We really need cis people to be very committed to the vision of trans liberation and to actually put the work in… actually like fighting alongside us to build this world of liberation that we’re fighting for. That looks like organizing our communities, electing people into office who are also going to fight for us, having cis people alongside trans people in building this world.” they stressed.

In this world, the validity of a trans person’s humanity is the subject of mainstream debate, and in this world, cis-normative patriarchal dominance continues to fight to maintain its grip over all aspects of gender oppressed life. However, the dream of a better world lives boldly, growing in power as it’s carried from one generation to the next in the long struggle toward liberation. That struggle drives forward the evolution of gender, forcing down the walls that were built to lock away all outside of the cis-normative binary, to expand the ways in which gender is understood, communicated, and lived. It is that evolution, that struggle, that paves the path from the world that currently is to the world that needs to be, and it is through collective power and a shared vision of hope that the struggle is won. Hardship permeates trans life, but so too does the essential dream of a better world, and that world – the world where gender lives unconfined – is ready to be claimed.