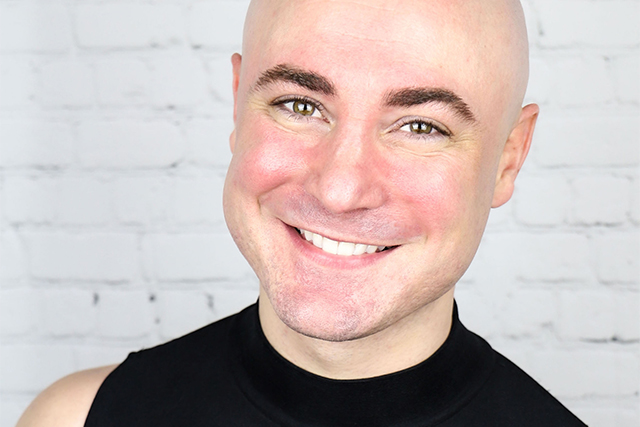 Over the past 18 months of global pandemic, millions of Americans, stymied from their regular work, were abruptly tasked with finding a new way forward—through hobbies, side gigs, cross-country moves—to make ends meet and feel productive. For Ryan Bauer-Walsh, a seasoned commercial performer and composer, this meant finding work as a painter—a side project fit for the temporary lapse in live performances. A call from his mother, fighting a losing battle with cancer, meant picking up and moving home. In the time following her passing, Bauer-Walsh returned to music, eventually writing and recording a handful of songs dedicated to his mother and the childhood he spent with her.

The songs eventually became a lullaby album, titled The Rainbow Lullaby, dedicated to the queer experience and inspired by Bauer-Walsh’s late mother. When Broadway Records (the Grammy-winning label that likely brought readers their favorite cast recording) picked up the album, what followed next was a communion of LGBTQ+ musical theatre legends—the type of passionate and steadfast networking that only the theatre industry can provide. And like many theatre-related projects, it began with Bauer-Walsh’s own circle: “I’m sort of a little theatre baby,” he says. “I came to New York in 2006 and immediately was in the circle of music directors and composers . . . And that only grew, so a lot of the composers [on the album] are people that I’m friends with that I really wanted to showcase their talents.”

But with 25 tracks to fill on this one-of-a-kind album, Bauer-Walsh felt a desire to “see how broad [he] could make the voice of this album be.” Listeners of the album will hear original songs written to cover a diversity of queer experiences, including songs about “Two Mama Flamingoes” settling in for the night (sung by Wicked actress Christine Dwyer, lyrics and music by Michelle Chamuel and David Dabbon), or a pair of Black kings (“The Beautiful Son” sung by Jamie Cepero and Jonathan Burke with lyrics and music by Dionne McClain Freeney). Advocacy for the LGBTQ+ community, for Bauer-Walsh, requires an inclusion of all the myriad identities under the queer umbrella.

And an album like The Rainbow Lullaby certainly fills a handful of gaps in visibility. As the movement for queer representation in media continues to unfurl after centuries in popular culture’s closet, creators like Bauer-Walsh are finding new ways to share an authentic LGBTQ+ perspective: “I like passive activism,” he says. “I like arts activism. I like the gentleness that this album is. Just hearing two men’s voices sing a lullaby to a child is activism to me.” For most LGBTQ+ parents, The Rainbow Lullaby could almost certainly be their first experience of having queer lullabies for their children. Following the AIDS crisis of the late-20th century, a generation of queer adults have had to make their way without role models, and new parents may find themselves looking for parental resources that feel familiar. “Things don’t have to be queer,” Bauer-Walsh notes, when asked about the album’s place in modern queer families, “but this is one of those things where the pendulum has to swing more forcefully in one direction to maintain the center. And I think that what it will do is allow them to have this available to them when they want something that is unique to their family dynamic.”

The album, released on October 28th (the anniversary of Bauer-Walsh’s mother’s passing), is available for purchase wherever digital music is sold and streamed, as well as BroadwayRecords.com. In the spirit of his mother’s life-long work in charity, all proceeds will be donated to the Ali Forney Center in New York, a community organization dedicated to protecting and providing resources for LGBTQ+ homeless youth. Bauer-Walsh also creates gender-neutral clothing for kids and adults, sold on Tinpin, and his stage and painting work can be found at https://www.ryanbauer-walsh.com/ (or for the social media savvy, Bauer-Walsh provides links to all of his projects and charity work on his Instagram @ryan.bauer.walsh).