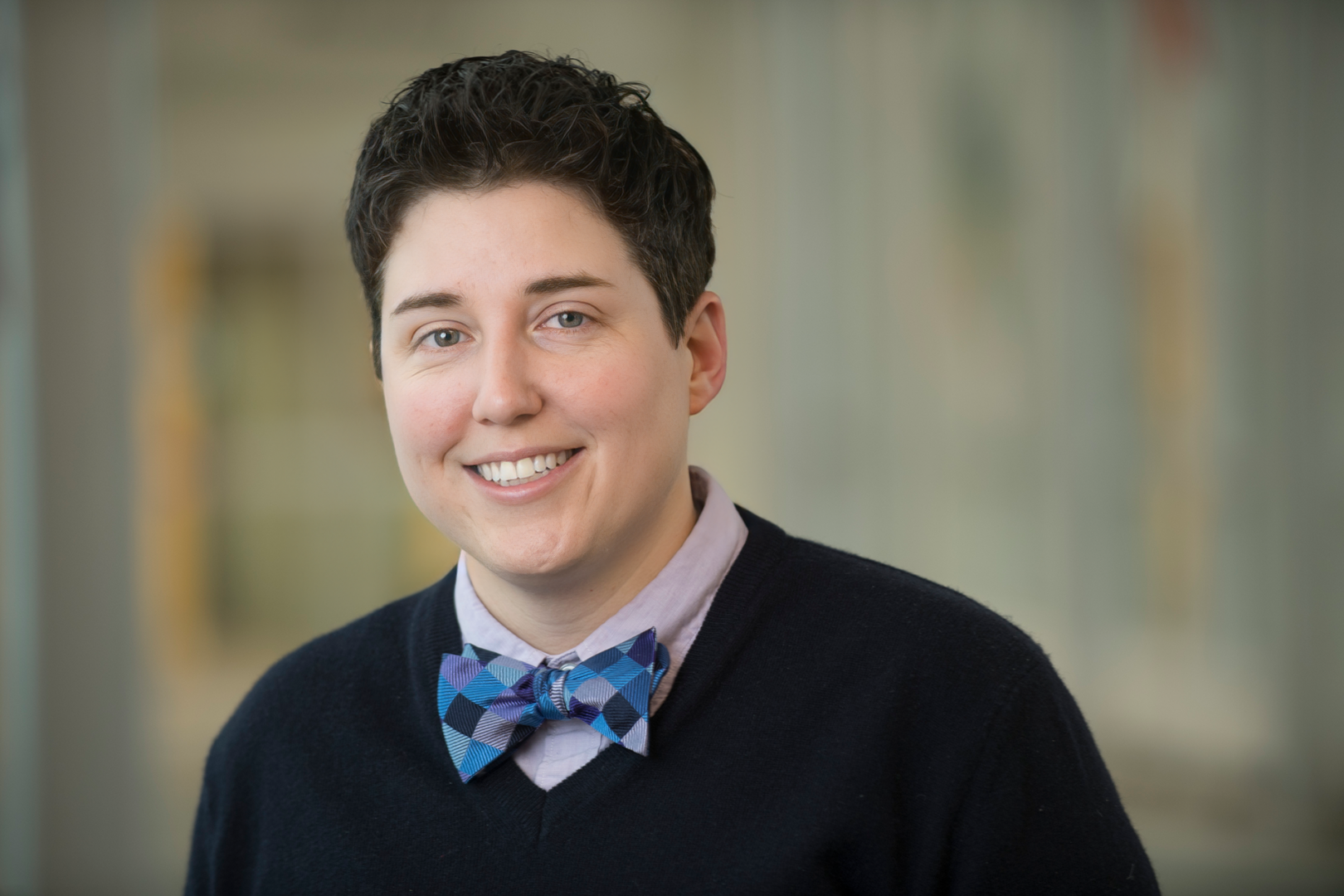 This year, the American Academy of Pediatrics Section on LGBT Health and Wellness presented Dr. Angela Kade Goepferd (they/she) the Ellen Perrin Award for Excellence in LGBTQ+ Health and Wellness on October 10th, 2022, in Anaheim, California. Minnesotans can be proud to call one of their own a pioneer in the field of health for LGBTQ+ kids, specifically trans and gender-diverse children, who, historically, have been left out of most of the conversations surrounding their own wellbeing. Dr. Goepferd is the founder and medical director of the Children’s Minnesota Gender Health program (CMGHP), which is proudly the largest pediatric program serving queer youth in the area. CMGHP offers complete care for trans and gender-diverse children, taking into account both their physical and mental health.

Dr. Goepferd’s rise to this position did not come easily. In their own words, “As a queer and non-binary pediatrician, the path has not been easy for me to become a physician, to become a leader, to claim my expertise and my space at the table. I have learned that silence helps no one.” Dr. Goepferd faced intense homophobia and transphobia in her studies, both by other students and superiors—sometimes even receiving physical hate mail in their medical school locker, having supervising doctors use anti-gay slurs, and having peers call for the erasure of LGBTQ+ people and identities. Dr. Goepferd did not let ignorance or hate stop them then, and they surely don’t let it stop them now either.

Dr. Goepferd is fighting harder than ever for the rights of the LGBTQ community, especially when “public policy attacks their rights, like it did throughout 2021.” Oppressive bathroom bills, forcing children to play on sports teams that don’t align with their gender identities, and many more examples probably come right to mind when thinking of transphobia in the United States, and Dr. Goepferd has spent her entire life fighting for the voices of those who are being silenced. “[Dr. Goepferd] co-authored the Star Tribune op-ed ‘Anti-trans legislation is inhumane’ to explain the harmful consequences transgender youth experience from legislation that penalizes transgender athletes for participating in school sports if they play on a team that aligns with their gender identity.”

They also explained the importance of puberty blockers for trans, nonbinary, and genderqueer youth, explaining how blockers could, in a very literal sense, save a child’s life, and they advocated for gender affirming care within the city for all patients: “I believe that all kids and families do better when we consider the ‘whole’ child and family, and this includes their mental health and medical care. I believe that integrating mental health support into gender affirming healthcare is crucial and will result in better outcomes for kids and their families.” Mental healthcare for children, especially queer children, is just as important as physical healthcare. Dr. Goepferd says it best, “A conversation can be lifesaving, preserve relationships between kids and their parents, and set a child up to thrive.”

The Ellen Perrin Award for Excellence in LGBTQ+ Health and Wellness is not the first accolade awarded to Dr. Goepferd. The list of honors  awarded to Dr. Goepferd are many and well-deserved. “Dr. Goepferd was awarded an inaugural Business of Pride award from the Minneapolis-St. Paul Business Journal in 2018, and a special recognition award from the American Academy of Pediatrics in 2019 for their work advancing care and improving education regarding LGBTQ youth… They have been interviewed by several local media outlets, including KARE 11, WCCO and Minnesota Public Radio on multiple occasions. They have also been quoted in The New York Times; and recently interviewed by Audie Cornish for the CNN Audio podcast, The Assignment, for the story “Pediatricians Caught in the Crossfire.”

Another incredible achievement for Dr. Goepferd, both professionally and personally, was an invitation from Minnesota Governor Tim Walz, to speak during his signing of a 2021 executive order, which would restrict the use of conversion therapy on LGBTQ children in the state. In her speech, Dr. Goepferd spoke on, “seeing first-hand in her patients the lasting psychological harm such a practice does to both kids and their families.”

As medical director of the Children’s Minnesota Gender Health program, Dr. Goepferd has helped to break down health inequalities for LGBTQ children, both in the state and out of it. They have become one of the leading voices in the field, and have taken many additional steps to make sure that children feel welcome and comfortable in the hospital. Children’s Minnesota employees have their own pronouns listed on the directory and name badges, and gendered markers on patient ID bands have been removed to ease feelings of distress in gender-diverse children whose markers might not match their identities. “

Even though Dr. Goepferd knows they have made amazing strides in the care of LGBTQ children and families, they still understand that there is a long road of progress ahead. “We have expanded our language as a society to include more options for sexual and gender identities, and basic civil rights protections for LGBTQ people are becoming codified into law in states and across the nation. More pediatricians are comfortable now providing primary care to LGBTQ youth, particularly sexually diverse youth, than 10 years ago… [but] there has been a backlash. Transgender adults continue to face violence and murder. Anti-transgender bills attacking kids playing sports and preventing kids from accessing healthcare are on the rise… This is discouraging, but it will not deter me, nor others who advocate for LGBTQ kids and LGBTQ rights, from pushing forward.”

All hospitals and clinics should take notes from Dr. Goepferd and Children’s Minnesota to create a more welcoming, productive space for children and people of all identities. It is a scientific fact: trans and genderqueer children with access to gender-affirming care do better mentally and physically than those who do not, and this should be a call to action for all care facilities.

Dr. Goepferd sums it up best themself, “Change isn’t comfortable. But it is necessary. Don’t let fear, misinformation or hate stop you. Keep going. Because all of our lives depend on it,” they continue: “Why have I become a leader? I just never give up. I don’t take no for an answer. When transgender kids are dying by suicide, and transgender adults can’t access even basic primary or emergency care because of bias and transphobia, there is no choice for me to continue to fight. I became a pediatrician because I firmly believe that all kids deserve to thrive, all kids deserve access to the healthcare they need to live their healthiest, happiest, and most fulfilled lives… I know that we will be better as a society when we begin to celebrate our diversity of identities, including gender identities and expressions, because when we can show up with our full selves, we can bring all our gifts to the table.”

There could not be a more deserving recipient of the 2022 Ellen Perrin Award for Excellence in LGBTQ+ Health and Wellness than Dr. Angela Kade Goepferd.