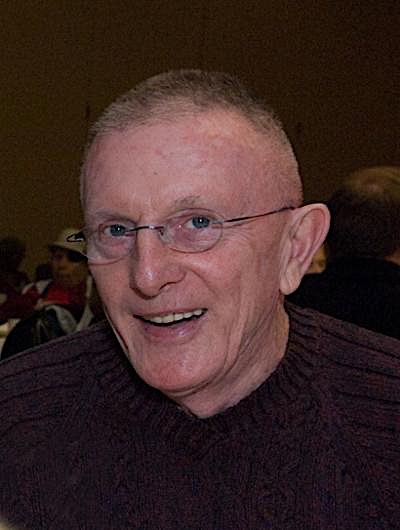 “Our elders who have stood up against hate, fought for equality and inclusion, spoken out and educated others now are faced with isolation and loneliness,” Harry Hartigan keens.  “Who cares about the elders, who will fight to protect them as they age and are faced with a system that isn’t ready to provide care in a loving and compassionate manner?”

It’s a mostly-rhetorical question, of course—the answer to Harry Hartigan’s query is Harry Hartigan himself, Harry Hartigan being the guy who fairly-recently made headlines when he was ordained as a priest at Saint Theresa’s Catholic Apostolic Church in North America, or CACINA, at age 70.  This elders-focus is no Meme of the Week for Father Harry.  Hartigan, himself isolated and lonely some two decades ago, joined a self-described “social organization for the enrichment of gay and bisexual men in all stages of their lives.”  Recalls Hartigan, “When Prime Timers MSP arrived in Minnesota about August 1999, the organization saved my life.”  The future Father Harry returned the favor after a fashion, connecting that organization to several others with adjacent purposes.

These actions were, in fact, reactions to a pointed lack of local emotional infrastructure.  “The [Twin Cities] Metro Area does not have an LGBTQA Center, and this is a major challenge,” Father Harry notes.  “This begs the question: how do LGBTQA folks connect?”  While the isolation of LGBTQA elders is itself wholly regrettable, it’s only half the problem that Hartigan identifies:  “Younger LGBTQA folks don’t have a way to connect with the elders of their community, and elders in the LGBTQA community don’t have a way to connect with the younger folks within the community.”

Father Harry sees a solution within the two-pronged problem itself.  “On both ends of our LGBTQA community there is a need for positive support,” says Hartigan.  “The younger folks need to have encouragement, understanding, and support as they face a world that refuses to accept those of us who are not heterosexual.  Our community challenges the norm and always has.  We are unique and gifted which scares those who don’t understand and refuse to accept all human beings as they are.”

Although the durability of Father Harry’s benevolence proves his earnestness, connecting others has revealed itself as a gratifying way for Hartigan to connect to himself.  “I never saw myself becoming an elder in this community but I am, and someday so will the younger folks,”  Hartigan pronounces, predicts.  “One day you’re twenty, and then suddenly you are a senior, an elder in the community.  Value each day, remember to give back to the community.”

In Father Harry’s case, as evidenced by his newly-minted Lavender Magazine Community Pride Award, giving back to the community means bringing the community together.  “Face-to-face interactions are so important, not everyone is connected to technology or even wants to be or can be,” Hartigan points out.  “Call your parents, grandparents, elders you know.  Give of yourself so that when your time comes, someone will give to you.”