Spectrum of Well – Physical Fitness Can Be Found Over the Rainbow 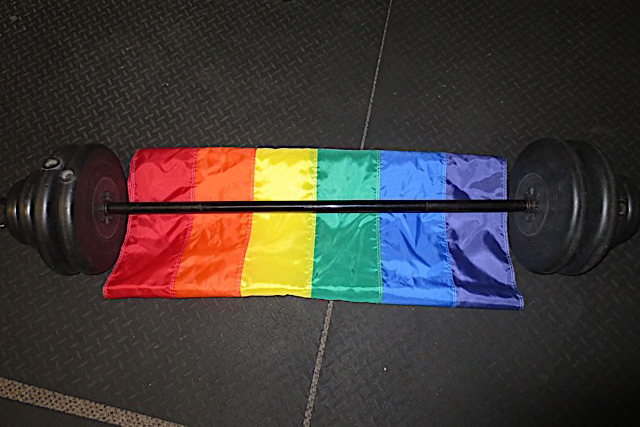 If you’re pining for a higher level of wellness, you can probably identify with our mutual friend, Mac. What’s that? Oh, sure, you know Mac:  Mac is thes elf-described 97-pound weakling who, along with his beard—uh, his girlfriend, we mean–endures the skidded sand that forms the wake of ball-chasing bully, “the biggest nuisance on the beach.” The seashore tyrant’s reign of kinetic silicon terror is cut short after Mac sends for and receives Charles Atlas’s Dynamic Tension program and, per a panel’s worth of diagonal text reading LATER, goes from dirt-dining “Little Boy” to bully-busting “Hero of the Beach.” It may not have been in all the papers, but it was definitely in all the comics.

Just as gender has in recent decades been re-thought, going from traditional binary male/female assignments to a full spectrum of possible identities, modern Macs might think of fitness as existing on a spectrum as well.  Let’s see what workout components come to the fore within Mac’s mysterious LATER if Mac moves up this prism of wellness, forsaking dichotomy by going from red to orange, as it were.

“Getting a real body,” as quoted during Mac’s one-page comic strip transmutation, isn’t much of a goal, as each of us, technically speaking, already possesses a body more real than one composed of yellowed wood pulp and four-color pixels. “Losing two inches from my waist” or “Adding one inch to each of my biceps” are examples of better goals, and are not mutually exclusive. Come to think of it, Mac is free to add two inches to one bicep and none to the other if looking cubist is his bag.

For the purposes of this exploration, Mac decides specifically to add two inches to his chest. Mac will have to focus on some version of chest press exercises, and not of the Giles Corey variety, either. Further, Mac needs to employ the proper metric to calibrate his progress. If extra inches are the lock, then carefully applied measuring tape is the key.

If Mac has tried and quit other programs, he probably fell off the elliptical because he attempted one that felt like a chore. For instance, if Mac hates the gym, Mac should not map his Odyssey through a gym. His own preferences notwithstanding, that’s probably where the beach bully hangs out to hone his dust-punting skills. That being the case, Mac might consider becoming one of those, uh, free-range bench-pressers who have garnered so many headlines of late.

Keeping in mind that people who stand by on the beach while a bully kicks sand in one’s face are not one’s friends, Mac might study the results of friends who have begun their own red-to-purple journeys, triangulating his own aspirations into a realistic timeline. Then Mac needs to puts these computations into sharp relief. In other words, he’ll need to reserve his phone-checking for stop lights, where that practice properly belongs.

All of the goals, timelines, consultations, and tortured metaphors don’t mean nuthin’ if Mac doesn’t stay consistent. That requires recording his regular results, always looking toward improving…but Mac must wield discretion: people who write their sets and reps down as they exercise are usually considered bigger nuisances than the bullies who drive them to such lengths.

Happily, the above yin contains a countervailing yang. Once Mac achieves his goal—two angry, hard-won inches of baby-new, rock-solid peptide adorning his upper chest—he can and should reward himself before moving from orange to yellow on the fitness spectrum. This positive reinforcement might manifest in the form of the indulging of a massage, the revisiting of a favorite movie, or the binge-reading of old comic books…so long as Mac is careful to skip the ads in the back.