Skirting the Issues – Anything Different is Good 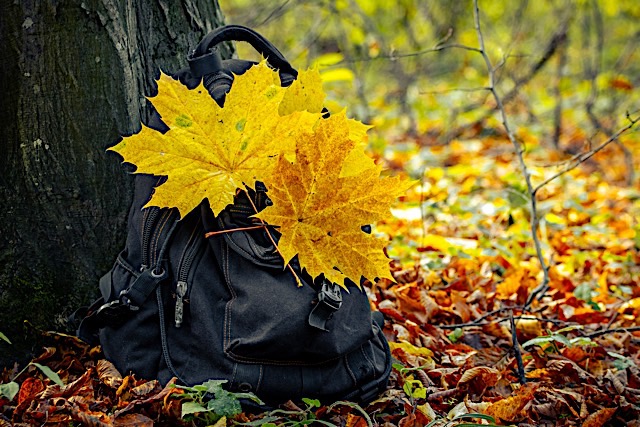 There is a lot that goes on in the space underneath a door—a superhighway of rent checks, cat paws, wads of toilet paper, apology notes, clothes hangers to take back apology notes, passive aggressive floor sweepings—anything that cannot be met with a look in the eye but requires more direction than a mailbox. In my adolescence, I was a pissed off observer of this space. It was the gap that kept me open to the world despite my attempt to shut myself off from it. I would be on my stomach in my bedroom; red, puffy eyes and snarled blonde hair, lying in wait for my high-heeled mother to clomp by and slip me a chore list. If one came through, it would be gutted and spit back out.

The exchange through the door wasn’t always so asynchronous. My mom and I—and to a lesser extent, my dad and I—were stuck in cycles of explosive emotions, harmful words and physical threats. When these outbursts happened, my bedroom door became less like solid wood and more like a membrane of fierce emotional exchange. I would use my body to barricade the door and press my thumb into the lock so that it couldn’t be popped. “Unlock this door, dammit! You are never going to be treated as an adult with how selfish you act!” My hothead would fire back recklessly, like Jell-O shooting off a steamed plate: “I hate you! You’re ruining my life! I wish I never had you as a mother!”

As we screamed like this, my mom would jab and fiddle a pick-up stick into the knob and I would shove the toe of my soccer cleat into the gap underneath the door. After a few years, most of the pick-up sticks had been stripped of their paint. We were also becoming stripped, emotionally. I could not explain my distress and anger and grew increasingly isolated. Meanwhile, my parents grew increasingly frustrated and concerned.

My understanding of myself began to change around age 13 when I discovered aught-era Tumblr and YouTube. I watched videos and read blog posts made by people like me: born female but not wanting to be perceived as female. This community unearthed a world of words and labels that described experiences of gender similar to mine: butch, male-presenting, trans, transman, transmasculine, FtM, genderqueer, even just “man.” It didn’t take long before the theater of my mind debuted my gender identity as a Mountain Dew-drinking, Call of Duty-playing, dirt-biker boy who took a potion of testosterone and never talked about it again. Of course, I later learned how heteronormativity, patriarchy and white supremacy affected my views of gender, and I discovered how fluid my gender actually was—but at age 14, I had absolute clarity and resolve: I was a man.

Perhaps because of my familiarity and can-do attitude when it came to communicating through my bedroom door, I decided to come out as trans through its gap when I was 16. I jotted something like “I don’t think I’m in the right body” on notebook paper before flicking it through the cold, hard underbelly of my door. Sitting frozen against the door, I covered my eyes, feeling as if I had been shoved headfirst down a steep, icy hill.

Later that night, I was not met with lock-picking parents. Instead, I heard butterfly knuckles landing lightly on my door. “Sweetie, you don’t have to let me in, but can you let me know that you’re okay?” Sitting in a cocoon of my own shame and embarrassment, I wordlessly floated butterflies back against the door to signal my okay-ness. I spent the night under my bed, soothed by the hardwood floor against my back, the pink-plastered wall against my side, and my box spring grazing the tip of my nose. There was still room for uncertainty, but it felt more of a trust-fall than a free-fall. The days and years of high school that followed were hard and there were still a lot of unhealthy patterns and unresolved pain between my mom and I. However, we found a way to heal.

Beginning when I was 19, my mom and I started a yearly tradition of going on a backpack trip together for anywhere from five days to a month. It began with 17 days on the Superior Hiking Trail where we praised the sun as it blanketed our cold, tent-pole fingers, cursed our dense feet for sinking far too deep into the pebbled beach of Lake Superior, made birch bark crowns and knighted the glacial erratics that sat along the edge of the trail, and even ran into another mother/son duo—albeit black bears. We didn’t talk about the past, but we did work our way towards the future in a clumsy but trusting way, like a three-legged race.

With each year, we talk more and more about the past. It has come to mean the world to me—to be able to talk openly for hours in a wilderness that can hold an extraordinary amount of pain. It has provided space and metaphor that the inch underneath my bedroom door was never able to offer. When budding, nail-polished balsams reach out and graze their bright-green fingers against your legs, what is there left to do but graze each other with the same beauty and care? When the knot in the ponderosa pine looks like an old, cackling witch, what is there left to do but drop our heavy conversation and cackle back?

I am now 27 and we have only missed one year due to the pandemic. Each time we hike, we’re never sure if it will be our last time—but perhaps that is the magic of it. We must process what needs to be processed while we still can. And it must be done in a space without a door.