Meet Me on the Midway 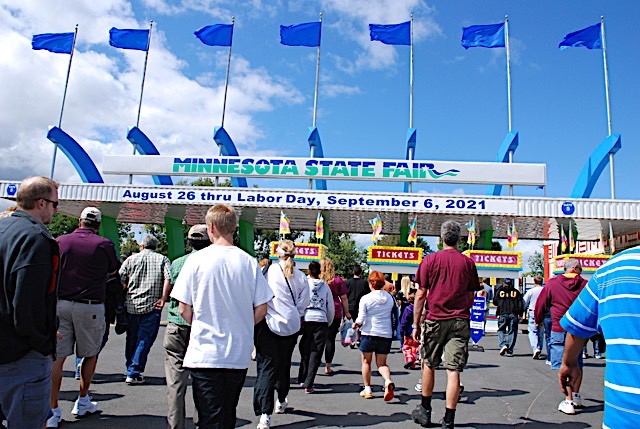 Heat waves shimmering above asphalt and concrete, dust motes shining and floating in shafts of streaming light and elevated by the tread of a thousand feet, the heady scent of cooking oil and sugared delicacies frying in endless vats, children shrieking with laughter from the giant slide and whirling sky swings and the looping and complicated architecture of many gyrating rides, the cacophony of voices from the Midway, horses neighing, cows mooing. This is the apex of summer, those twelve golden days that cap off the season: that endlessly fun, deep-fried leviathan known as the Minnesota State Fair. 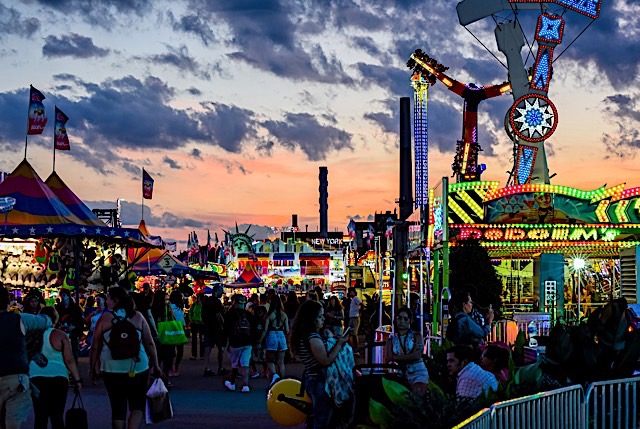 COVID-19 did the unthinkable in 2020 when it shuttered the gates of the Great Minnesota Get-Together. But the State Fair is back this year and ready to open up to the daily thousands of ticket-holders ready to dig into a bucket of Sweet Martha’s Cookies and devour Pronto Pups and deep-fried-everything-on-a-stick until the sun goes down and the last notes from the Grandstand concerts die away.

One might think that the Fair would appeal only to rural out-staters, FFA kids, and folks wanting to gorge on fried food that all but tumble-dry in their bellies on the Midway rides. But nothing could be further from the truth. The State Fair offers an eye-popping array of activities, crafts, art, food, music, competitions, shopping, interactive learning and family fun to suit the tastes of practically everyone.

Let’s face it: while there are many attractions on offer, one of the biggest is the food, and nobody does food quite like the Minnesota State Fair. In addition to the tried-and-true classics such as Sweet Martha’s, mini-donuts, cheese curds and fresh French fries, the Fair is offering a number of new foods to tantalize your taste buds this year, from good ol’ American style to a number of unique exotic delights.

Here are just a few of the delectable culinary tidbits awaiting you this year. 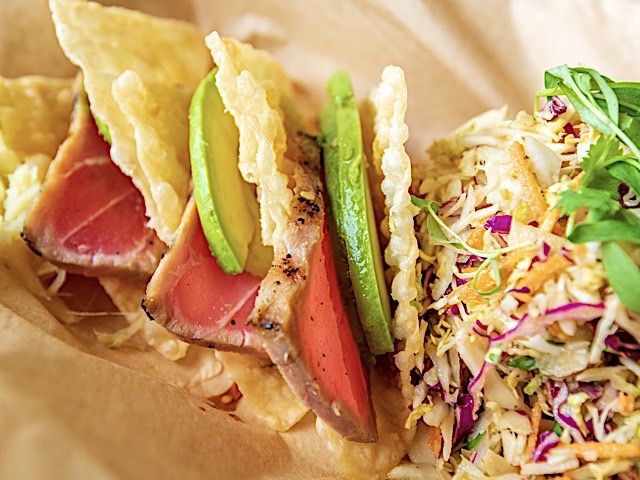 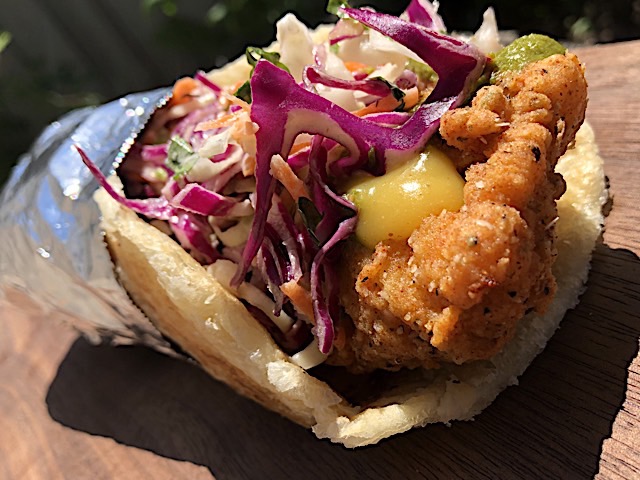 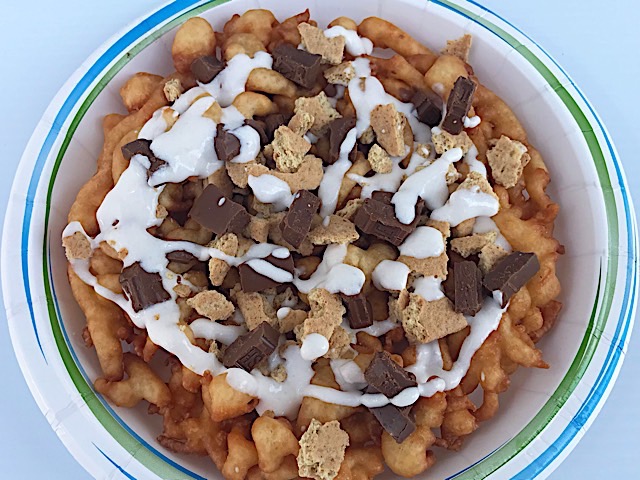 After filling your belly with more sinfully delicious food than could ever be good for anyone, sitting down to digest might sound like a plan, and what could be better than taking in a concert while you do it? The Grandstand Concert Series has lined up a set of musical artists that should appeal to a variety of tastes.

Miranda Lambert opens the Fair on August 26th with the GRAMMY® Award-winning East Texas native belting out hits that have launched her to the top of Nashville’s echelon of current superstars.

Maren Morris takes the stage on Friday, August 27th with a vocal styling that runs the gamut of country, folk and pop, and will entertain Fairgoers with music that has earned Morris a number one place on the Billboard Top Country Album chart, along with both CMA and GRAMMY® awards.

The Current’s Music-On-A-Stick featuring Lake Street Dive with special guests Low Cut Connie and Kiss the Tiger bursts upon the stage on Saturday, August 28th. This eclectic lineup promises an evening of pop, rock, jazz and R&B that should have guests dancing in the stands far into the night. 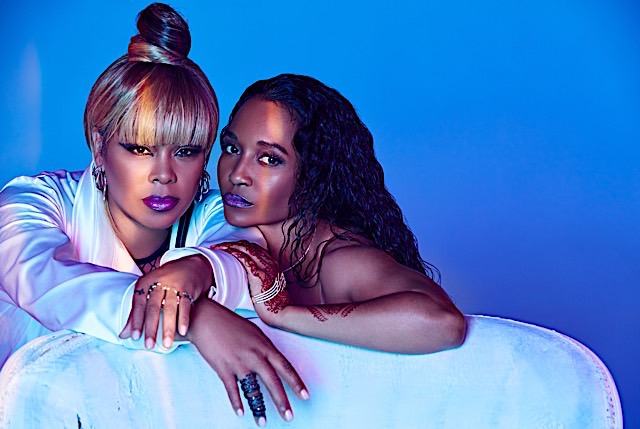 TLC and Shaggy, with special guest Bone Thugs-n-Harmony, round out the first weekend of musical entertainment in the Grandstand by bringing their own brand of R&B and hip-hop, along with reggae, to ensure that the party continues even though the first weekend is winding to a close.

Never fear, though—the entertainment just keeps on comin’ throughout the run of the Fair with diverse musical acts such as The Spinners, The Doobie Brothers, Tim McGraw, George Thorogood & The Destroyers, the MSF Amateur Talent Contest Finals, Music, Movie and a Conversation with Kevin Costner, and ending the 2021 season with Darci Lynne and special guest Okee Dokee Brothers. 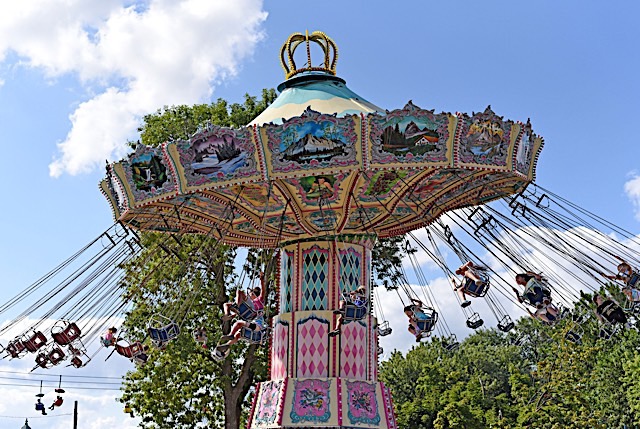 Whether you attend to see the variety of well-bred animals being shown by their proud handlers, nosh on the tantalizing array of foods, scream at the top of your lungs on the Midway rides, or try to win a giant stuffed animal for your sweetie at the carnival games, the Great Minnesota Get-Together has something for everyone, so come on out and join in the fun.

See you at the Fair! 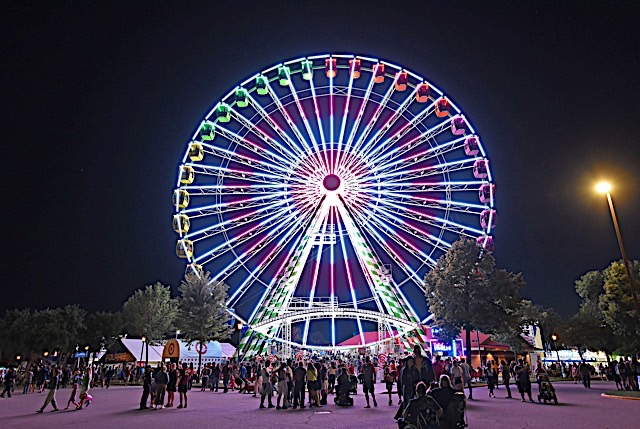