Living with Alopecia: From Awareness to Empathy in Unpredictable Times 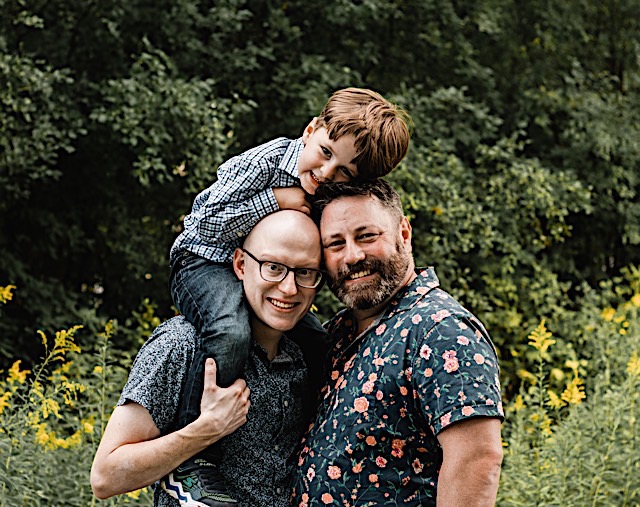 Following the events at the 94th Academy Awards earlier this year, it’s safe to say that the slap heard around the world was difficult to miss. (And if you’ve been unaware of the televised slap between Will Smith and Chris Rock that ultimately resulted in the former being banned from the awards ceremony for ten years, I need your tips on how to live off the grid.) In the firestorm of conversation that followed in workspaces, homes, and social media during and after the ceremony, the topic of alopecia–arguably the cause behind Chris Rock and Will Smith’s altercation–is being talked about more than ever.

What is alopecia? Alopecia areata, as it’s formally called, is an autoimmune disorder in which the body’s immune system attacks its own hair follicles, causing hair loss from thinning hair to complete hair loss. According to the National Alopecia Areata Foundation (NAAF), it’s estimated that 6.8 million people in the US are affected by this disorder.

The 2022 Academy Awards weren’t the first time in recent history for alopecia to enter the public eye either. In early (pre-pandemic) 2020, House Representative Ayanna Pressley announced to the world that she had been privately living with alopecia, and she has been flaunting a bald head with flair ever since, modeling confidence with a disorder that all too often leaves people self-conscious about their appearance and their place in public social life.

“The most important thing . . . that I try to impart on people, including our politicians, is that the physical component of this [autoimmune disorder] is not the most difficult,” noted Tyrone Folliard-Olson. Lavender sat down recently with Tyrone to discuss his experience living with alopecia as a gay man, a husband and father, NAAF Board Member, and HR Manager at WCCO CBS Minnesota. Much like Representative Pressley, Tyrone is a staunch advocate for visibility and self-acceptance for those living with alopecia. “It is the mental, emotional, psychological difficulties that this disease presents that are the most difficult to deal with–to be in a society that places such importance on hair and beauty.”

Like many adults living with alopecia, Tyrone was diagnosed at the age of 13, at the beginning of teenage years–a formative time for most when it comes to things like vanity, attractiveness, and self-confidence. Early teen years are also when most LGBTQ+ people begin to recognize their not-so-heteronormative attraction, as well. For somene like Tyrone, being a gay teen with alopecia added serious complication to an already tumultuous time: “Not only are you a teenager going through all of the motions, changes that all teenagers and adolescents go through, but having this [realization he was gay] that at the time was . . . a reallly difficult thing, of course.” Body image and beauty standards are often set at a high bar in queer communities, and LGBTQ+ teens living with alopecia face multiple uphill battles in finding self-esteem and safety in social spaces, queer or otherwise.

It should be noted that Tyrone is a confident and charismatic speaker, especially when sharing his experience with alopecia and discussing upcoming, cutting-edge treatments (currently there are limited treatment options for alopecia, but many are optimistic about several treatments that could be releasing as early as later this year, like Eli Lilly’s Olumiant). When discussing the events at the Oscars, Tyrone noted that the alopecia community has been quickly pivoting the conversation to alopecia itself: “It moves our community forward, right? When there is this awareness, then awareness breeds education, breeds empathy, compassion, all of these things. That is how we will de-stigmatize alopecia.”

Tyrone’s alopecia advocacy work is done largely through NAAF, which provides educational resources about alopecia, funds research, and support groups for both youths and adults. One specific experience that Tyrone highly recommends for any readers with alopecia is the NAAF International Conference in DC, starting on June 30th (NAAF has financial support options for travel costs, as well): “Your first time going as a person with alopecia to this conference and seeing hundreds of other people like you . . . is just one of the most emotional and amazing and uplifting and empowering things that one can feel.”