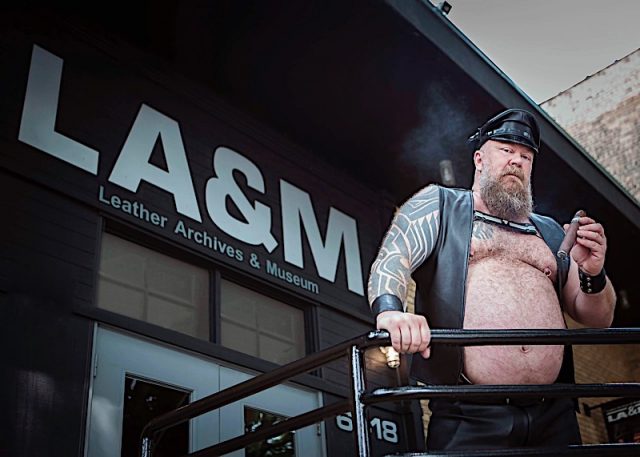 How one leather organization has dealt with the COVID-19 pandemic

The Leather Archives & Museum (LA&M) in Chicago was started in 1991 during the AIDS crisis. It will celebrate its 30th anniversary in 2021 during the COVID-19 crisis. I talked recently (by Zoom) to Gary Wasdin, the LA&M’s Executive Director, about how the LA&M has survived the pandemic so far.

I started by asking Wasdin how the pandemic has affected the LA&M and its staff, volunteers, visitors, board members, finances, collections or anything else. Wasdin said the short answer was “pretty devastating to all the above.”

Wasdin said that when the COVID-19 pandemic hit, “Literally overnight, money was gone.” Fifty percent of the LA&M’s annual budget is funded by three large leather events: International Mr. Leather (IML), Cleveland Leather Annual Weekend (CLAW), and Mid-Atlantic Leather (MAL) produced by the Centaurs MC. A smaller percentage of its budget comes from smaller leather events. In 2020, MAL was held in January as planned. But because of the pandemic IML, CLAW, and many other leather events that were planned for March or later did not happen. This severely impacted the LA&M’s finances.

As a small nonprofit the LA&M does not have huge financial reserves to fall back on when things suddenly get rough. Wasdin and the LA&M board were forced to make immediate budget cuts. The LA&M obtained some financial relief from the federal government’s first COVID stimulus package, which provided about eight weeks of salary for staff. But when the stimulus payments ended in June, the LA&M was forced to lay off four part-time employees, leaving only two full-time employees (Wasdin and an archivist) and one part-time employee (a leather preservation specialist). Wasdin explained, “Like most small nonprofits, about two thirds of our budget is personnel costs, so there’s not really a lot else to cut—apart from people.” Still, Wasdin says, letting the staff go was hard on many levels. Besides being emotionally difficult, the lack of staff limits the work that can be done. 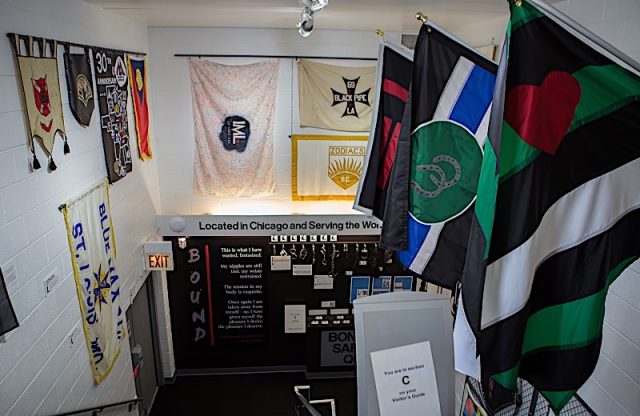 But, Wasdin said, the losses from the pandemic are “more than just money.” The cancellation of so many leather events, especially IML, was devastating to both the LA&M and the community. “IML is our big family reunion every year. IML is one of the few times when, not all of us, but many of us, are together. So there was that sense of personal loss of not being able to see and connect with each other. The sense of loss of those celebrations and that time together were challenging, both personally and professionally.”

Ironically, at the end of June, at the same time the LA&M had to let much of its staff go, the LA&M was allowed to open again to the public, after being closed (along with much of the rest of Chicago) since March. Wasdin said that with such limited staffing, “It was definitely challenging, but we were glad to be able to be open.” During this period, the front steps of the LA&M became a community gathering spot. “I would sit out there once a week and have a cigar and invite others to come. The steps are big enough that we can spread out and sit and chat and be together in the space, in a way that we never really anticipated.”

That lasted until November, when the city, including the LA&M, had to shut down again. That meant that, once again, the community and the public could not visit the museum spaces or use the archive’s collections. Plans call for the LA&M to again open to the public as soon as the city of Chicago allows it.

The LA&M has some online exhibits, but Wasdin said, “Less than probably 1/10th of 1% of our collection is digital. Most of it is still very much a physical collection. I think in a lot of people’s minds it’s like, ‘Oh, you’re closed, so you can just start cranking out stuff online.’ We’ve done as much as we can, but the main thing you need to make exhibits available online is people to do it. We’ve been able to continue to put stuff online, but not nearly as much as we would like.”

Nevertheless, like much of the rest of society, the LA&M has made good use of Zoom. During the early part of the pandemic the LA&M used Zoom to present ten “leather legend” conversations. Plans call for a new online program series in 2021, starting in January, on the third Thursday of each month. The LA&M’s board also has been meeting on Zoom.

Wasdin said that even with the LA&M closed, “There is work that we can do that’s important and that doesn’t depend on us being open. There are several lifetimes of work in the collections that our archivist has been able to focus on—getting more of the collections accessible and ready for when we are able to open again.” The leather preservation specialist also “has been able to really focus—she’s working a lot on motorcycle clubs and banners and pins, and doing a lot of preservation work and repair work, and sharing some of that through social media as well.” 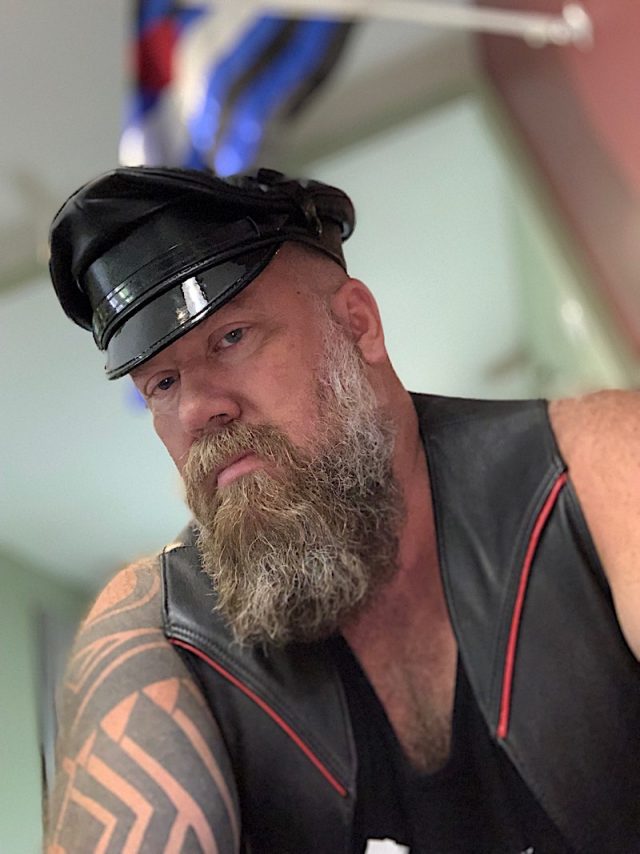 With everything that has happened in the past year, Wasdin is hopeful that things will improve by the fall of 2021, or maybe even summer. And he’s grateful for the community’s continued support of the LA&M: “It is incredibly heartening to see the level of support that people have stepped up to provide to LA&M. They’re helping to keep the organization afloat, just making sure that the organization continues.”

2021 is actually LA&M’s 30th anniversary. It’s rare for a small nonprofit to last 30 years—most nonprofits don’t make it past five years. And it’s 100% due to a community that has continued year after year to keep it going. I always tell everybody, we exist because our community wants us to exist—nothing else.

So it’s good that we have so many kind, generous people who have been willing to step in where they can. I think a lot of people, when they hear things like that, they think about people writing $20,000 checks and $5,000 checks. That’s not what it is. I would love a $20,000 check. But it’s mostly $50 checks and $10 checks, and sometimes $5 checks. It’s that level of grassroots community support that really keeps us going. If you look through the sorrow and the sadness and the challenges, it is good to see a community that gathers around what’s important to it.

I mean, in 1991, I don’t know that anyone would have thought during the height of the AIDS crisis that an organization like this could still be around 30 years later. A lot of that was due to the fact that if Chuck Renslow wanted something to happen, he made it happen. But he didn’t do it alone and he couldn’t have done it alone. It definitely is due to a pretty incredible community.