Leather Life: I Had the Craziest Dream Last Night 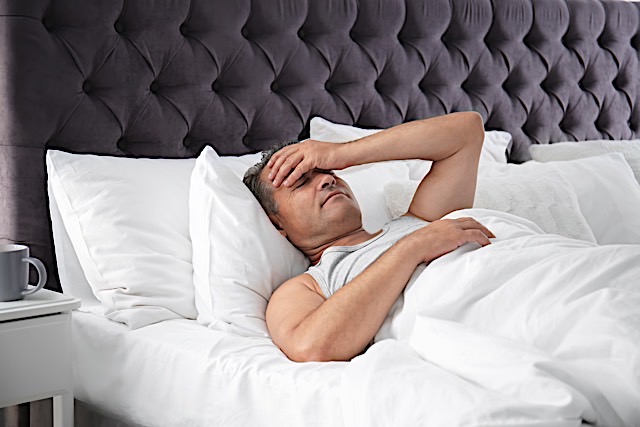 Catching up on the news before going to bed is sometimes not a good idea. I was reading about the continuing, and so far successful, efforts of the state of Texas to ban abortions through a citizen-driven enforcement and bounty system. I also was reading about the Texas governor’s attempt to weaponize the child-protection system against transgender kids and their parents by trying to make parents who provide gender-affirming care for their kids guilty of child abuse.

And then I fell asleep. And, as the song goes, I had the craziest dream.

I dreamed I received a letter in the mail from an outfit called the Master Planning Council. It obviously was a form letter, addressed “To the readers of Lavender Magazine.” As I read it, I wondered if any other readers of Lavender had received similar letters. The letter started with this:

“It has come to our attention that you have been seen several times picking up copies of Lavender Magazine. As a reader of Lavender, we at the Master Planning Council must point out to you that you are suspected of being a sexual deviant. We suspect you are not following our orders as listed below and are misbehaving in at least one, and possibly more, respects.

“1. Gender is solely an immutable binary system. The Master Planning Council has approved only two genders: male and female. Your gender, either male or female, was randomly assigned by us at birth.

“In many ways, your assigned gender determines the way we expect you to think and behave. To save you time, trouble, and confusion, we have engineered reminders of the importance of gender into everything imaginable—from clothing and fashions, to cosmetics and health and beauty aids, to children’s toys, to adult hobbies, to public restrooms and locker rooms at schools and athletic clubs.

“As a reader of Lavender, we are concerned you may not be following the rules and customs of your assigned gender. We remind you that your assigned gender is not subject to change. Attempts to permanently ‘transition’ to the opposite gender are not approved. Adopting aspects of the opposite gender, whether permanent or temporary (i.e. so-called ‘gender fluidity’), or attempting to ignore the concept of gender entirely (i.e. so-called ‘non-binary’), are also not approved.

“The Master Planning Council strongly reminds you that letting your behavior, or even your thoughts, deviate from your assigned gender role might result in severe civil and/or criminal legal sanctions for you and those important to you.”

Well, I thought, maybe I don’t have anything to worry about here because I consider myself cisgender. But am I cisgender enough? Am I masculine enough? Maybe the Master Planning Council doesn’t like sissy cis people.

But then I thought, I hang out with quite a few people who violate these rules because they consider themselves something other than cisgender. Am I violating the rules by accepting them and being friends with them? Could I get in trouble for that?

Back to the letter:

“2. We at the Master Planning Council have also engineered the matter of sexual attraction to ensure maximum child production and family bliss. Males are only allowed to be sexually attracted to females, and vice versa. Male-to-male and female-to-female attraction is not approved and, if reported against you, may result in significant civil and/or criminal legal consequences.

“In addition, male-female sexual attraction is not only the sole approved form of attraction—it is mandatory, although only within the confines of legal heterosexual marriage. So-called ‘asexuality,’ involving shirking your responsibility for (hetero)sexual activity for the purpose of producing offspring, also may result in significant civil and/or criminal legal consequences if reported against you by a fellow citizen.”

Okay, I thought, now I’m in trouble. I’m a sitting duck, actually—anyone could report me right now for being gay. I could get sued for illegal affectional preference, and whoever reported me would get a very handsome legal settlement.

And here I thought I was safe—and legal!—because in 2003, in Lawrence v. Texas, the U.S. Supreme Court struck down the sodomy law in Texas (yes, Texas again!), and by extension also invalidated sodomy laws in thirteen other states. But maybe if the Supreme Court can consider reversing itself on Roe v. Wade and abortion, what’s to stop it from also reversing itself on Lawrence v. Texas?

As if that wasn’t bad enough, the letter continued:

“It is to be understood that the concept of power is a sacred principle and is not something to be toyed with. All attempts to circumvent this established power structure are forbidden. In addition, all attempts to play with power, including such activities as bondage, discipline, sadomasochism, and dominance/submission, demonstrate either a lack of respect for power or an inappropriate attempt to usurp power. Reports from fellow citizens of such actions committed by you may result in severe civil and/or criminal legal consequences.

“Power is not a plaything. Power is to be taken seriously—especially when it comes to our power to dictate how you will think and behave.”

It was at this point in the dream that I awoke in a cold sweat. I tried to talk myself back to reality—no, in reality things have not regressed to such an oppressive point. Not yet, anyway.

But then I reminded myself that for some people things have, in fact, regressed to the point of oppression. Some people in Texas and elsewhere are finding themselves in versions of this nightmare. Obtaining an abortion in Texas has recently become much more difficult, and probably will be for the foreseeable future—and Idaho just adopted an abortion ban that is a copycat of the Texas law. And many Texas trans kids and their parents feel traumatized, panicked, and threatened by the Texas governor’s directive to have families of transgender children investigated for abuse by the Texas Department of Family and Protective Services.

That poem ends with the line, “Then they came for me—and there was no one left to speak for me.”