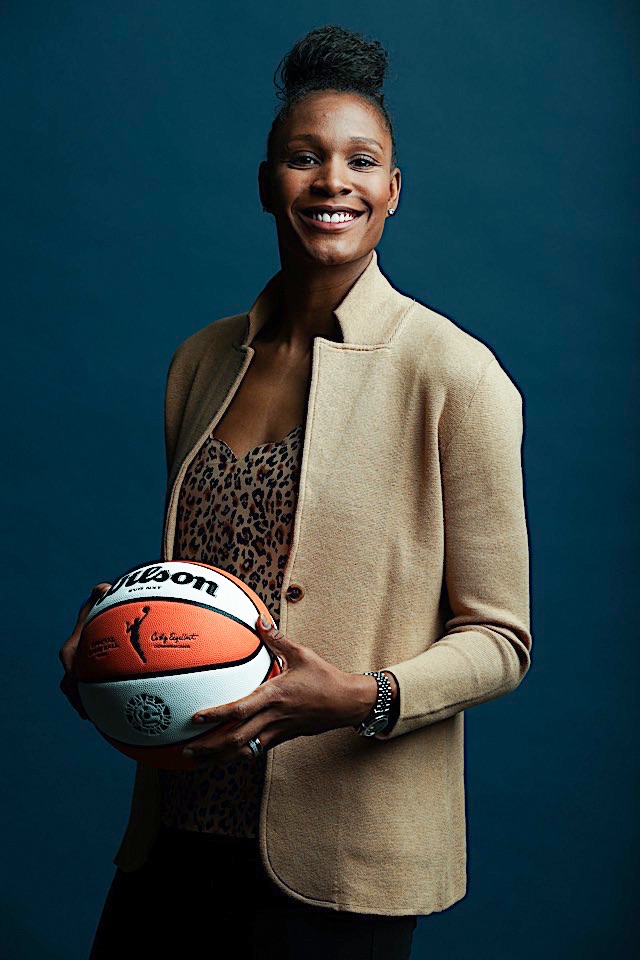 Rebekkah Brunson is well-known for both her athleticism and philanthropy. She held the WNBA record for rebounding and won 5 WNBA championships while playing as a forward for the Minnesota Lynx. Her philanthropic endeavors began with her creation of The 32 Foundation, named after her jersey number, which sponsored both academic and athletic opportunities for youth in her hometown of Washington DC. Now, in addition to being the Assistant Coach for the Lynx, Brunson works alongside her wife as a co-owner of Sweet Troo Vi Waffle, which has a mission deeply rooted in supporting local youth and businesses.

Brunson has recognized the vitality of using her platform to call attention to important social justice issues since the beginning. Before the rapid spread of popular support for Black Lives Matter, Brunson stood alongside her fellow captains of the Lynx to call attention to the movement after Philando Castille’s murder. Following the murder of George Floyd, Brunson once again used her platform through the Lynx – this time as the Assistant Coach of the team –to call attention to the Black Lives Matter movement. She has repeatedly made it clear that Lynx players are, and ought to be, empowered to use their voices to effect social change.

Most recently, Brunson and her wife, Bobbi Jo Lamar Brunson, created Sweet Troo Vi Waffle, which is a waffle food truck with a mission that extends past serving up delicious treats: “Eat Deliciously. Love Freely.” Sweet Troo Vi Waffle has a special soft spot for organizations that provide programs and aid for local youth. The Brunsons support those organizations in part by donating a portion of every sale Sweet Troo Vi Waffle makes. The pair has also worked hard to establish relationships with local area businesses – especially those that owned by members of marginalized groups. Whether that means sourcing ingredients locally or highlighting small businesses that they believe in, the Brunsons work hard to make sure that Sweet Troo Vi Waffle is a force for good in the Twin Cities.