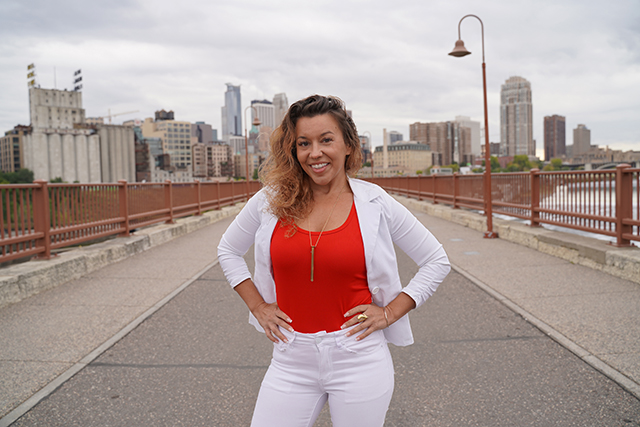 Photo courtesy of the Centre for Sexual Wellness

“I don’t ever have sex with my clients,” Dr. Courtney Padjen casually asserts, “nor do I ever watch them have sex and critique them.” It’s just another day at the office for the owner and director of the Centre for Sexual Wellness—according to its website, the Centre for Sexual Wellness “is committed to creating an environment free of stigma and discrimination. We are sex-positive, LGBTQIA+ friendly, and kink competent. We value our clients and their concerns and believe that creating a better community begins with helping its members find health and happiness.”

Padjen, a Doctorate-level Licensed Associated Marriage and Family Therapist, decided on her profession, if not her specific field, early in life. “I knew I wanted to be a therapist ever since I was 10 years old,” she says. “Alcoholism and unhealthy promiscuity were prevalent in my childhood. In my attempts to heal, I developed a desire to make sense of those situations. It wasn’t until I got to undergrad at University of Wisconsin-Stout that I discovered sex therapy was even a thing.”

But a thing it was…although it wasn’t just anyone’s thing. Recalls Dr. Padjen, “When I realized being able to talk about sex and not be shy or embarrassed about it was a skill not all have, I decided to pursue a career in sex therapy.” This is no small thing. It seems Americans can sing about it, write about it, read about it, think about it, fantasize about it, and even engage in it, but when it comes to sex, the post-Puritans of these modern times can rarely talk about it, pretending during those vocal moments that sex simply doesn’t matter.

Like sex itself, the definition of sex therapy can be…variegated. “Sex therapy is talk therapy with specialization in sexual concerns,” Dr. Padjen explains. “Sexual wellness is an intimate state of goodness according to one’s own perception and desire.”

Impediments to that state of goodness can range from the individual (questions of sexuality, gender, or various, ahem, intimate preoccupations), to couples (discrepancies betwixt partners regarding me-time, you-time, us-time, or one-more-time-time), to the biological (too-soon-ness, not-soon-enough-ness, too-much-ness, too-little-ness, or thank-you-may-I-have-another-ness), to the mechanical (unwelcome dryness, softness, fertility, infertility, or pain). “One of the things that surprised me the most about this field was all the niches,” Dr. Padjen says. “I was naïve and unaware of the many areas of specializations within sex therapy. I eventually learned there are sex therapists who specialize not only in sexual dysfunction but also the kink community, the LGBTQIA+ community, pregnancy, sex in later life, and so many more.”

Dr. Padjen elaborates on the Centre’s website: “As a sex therapist, I focus on the physical relationship between two people in a relationship, then identify the couple’s attitudes about sex and the sexual problem. From there, I’ll often recommend specific exercises to refocus the couple’s attention and expectations.” Specific services listed on the Centre’s site include complex counseling, LGBTQIA+ individual therapy, group therapy, and gender affirming therapy. That treatment might require a certain screwing up of courage, but the good doctor’s clients have usually done some serious self-inventory before soliciting her services. She notes: “By the time most people do the research to find me and set up a consultation, they’re ready.”

Sex therapy’s range can even include whole households. “It’s not uncommon for parents to support their children’s gender or sexual orientation but not understand it or know how to talk to their kids about it,” Dr. Padjen says. “A family seeking services at the Centre for Sexual Wellness may look like parents of a child who identifies having concerns with gender or sexual orientation and needs resources and to learn how to communicate about the matter, while being more understanding and empathetic.”

That communication occurs not just between family members, but also between those families and the larger society in which they struggle. “We have many different subcultures within our society that write different narratives on our judgments with sex,” says Dr. Padjen. “Is my shame tied to my religious upbringing? Do all trauma survivors have similar triggers and struggles? How much sex is too much? How much is not enough? Too big? Too small? Is my kink abnormal? I could go on and on, but if it’s a concern I’ve probably heard it.”

This echoes Dr. Padjen’s origin story, going boldly where few have gone before. “At the Centre for Sexual Wellness, we do not gloss over things,” she says. “It is my belief that to achieve wellness in therapy, one needs to be seen and treated as a whole person, not just certain parts.” Or, as proclaimed within the Centre’s mission statement, and contrary to those who would rather not talk about it, “Sex matters.”