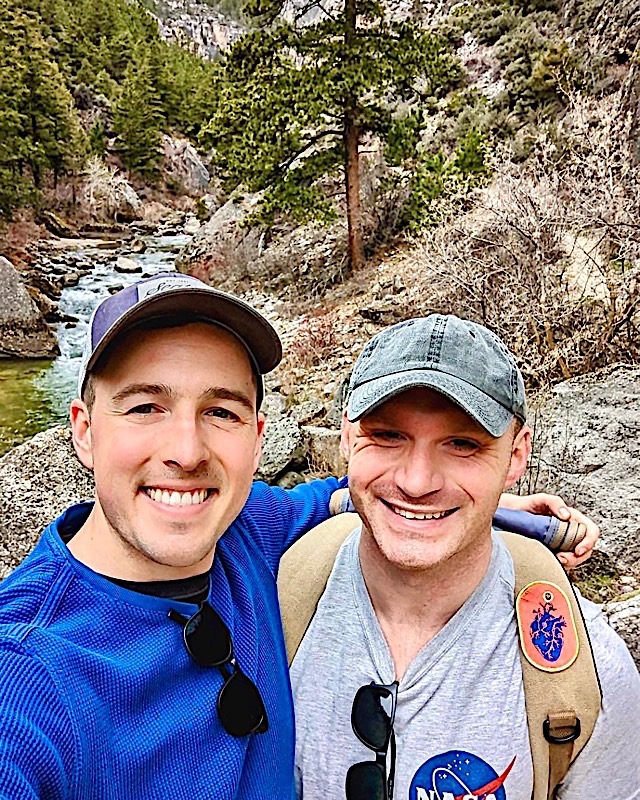 Like many heroes, Captain Forrest Jennings of the Minnesota National Guard has been on a quest.  What started as a personal mission to “change the stars” has become a humanitarian campaign to help others master their own fate as he did. Coming from a difficult upbringing and a conservative environment where he wasn’t comfortable to be himself, he was looking to escape the situation and sought the feeling of being a part of something larger than himself. “I’ve always felt a calling to military service,” CPT Jennings says, “it was a way to elevate myself to what I thought that I could achieve.”

There is no doubt in the strength of his dedication as he’s given it his all. He’s built himself a reputation as a trustworthy and capable leader serving in multiple positions as a Platoon Leader, Troop Executive Officer, and three Troop Commands, in addition to providing training to future officers. “I always tell my trainees, be worthy of being followed,” says CPT Jennings, “behave in a way that makes people want to follow you, lead by example.” He believes that a leader should be present in their team’s most adverse environments, “a leader needs to be where it’s the most difficult, where the most difficult decisions need to be made.” By being a servant leader you can be empathetic but still hold people to a standard.

He started full time with the Minnesota National Guard as a training officer in 2017 and now works as an officer recruiter. CPT Jennings is also the advisor for the LGBTQ Special Emphasis council, the Minnesota National Guard’s equivalent of an employee resource group. He is focused on continuing to destigmatize and bring better equality and inclusion to the force. He reassures that the more people come out the better it will be for everyone. They will get the support they need, and will be treated fairly as they deserve. CPT Jennings says, “there is a lot more work to be done, particularly with helping the younger, junior enlisted.” He confides that although there are plenty of LGBTQ memembers of the military, there are still many not willing to come out because of concern they’ll be treated differently.

“Everybody in the military has a complex story, we’re kind of like a bunch of misfits,” says CPT Jennings. “Being empathetic enough to listen to other people, to get their point of view, and to understand the context of the things that they’ve been through,” he says is what inspires him to continue his chivalrous quest. Connecting more misfits to the camaraderie he’s experienced.

For some, that can seem like a fairy tale, but it can still come true. CPT Jennings grew up watching the movie A Knight’s Tale and thought, “being a knight was the most honorable thing that you could do and I wanted to try to live that way in a modern sense.” The story of a peasant boy who changes his circumstances and finds himself in a position of influence is what CPT Jennings found so appealing.

CPT Jennings has accomplished that mission as he was bestowed a knighthood in the Honorable Order of Saint George, receiving the bronze medallion award in 2020. A military honor given to Cavalry Officers nominated, who “demonstrate outstanding leadership, technical and tactical competence, and exceptional teamwork.”

He motivates and reminds us that difficulties in life are not permanent. “All hard things come to an end,” CPT Jennings says, “Everything hard has an end date.You can get through anything if you concentrate on the end.”

All good things must come to an end as well, but because of the work he is doing he is well on his way to receiving a happy ending and making that possible for others too. CPT Jennings says, “if you can help others, then you should, you have to. I’ve always thought that people in power have a duty to protect and help uplift those with less power. We are only on the earth for a little while, if we can leave it a little bit better in any way, I think that we should.”