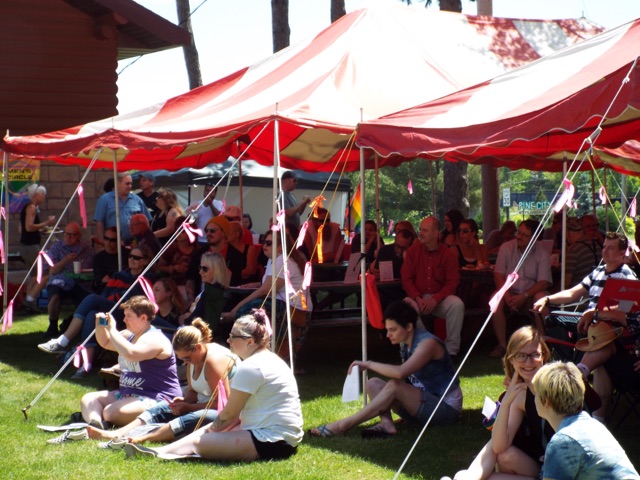 Considering the chaos of 2020, it is almost hard to remember the feeling of collective disappointment this spring when we realized that Pride celebrations would have to be cancelled in deference to the pandemic. Then, as Pride month began and uprisings swept across the nation, we were reminded that Pride, too, began as a riot. We recalled the hard work of the LGBTQ activists before us as we stood alongside today’s racial justice activists. We remembered that the work is not done yet and we ended the summer advocating for black trans lives.

It is hard to know what 2021 will hold, but I know I am not alone in hoping that we will be able to safely gather and celebrate Pride in person again. As much as activism is the lifeblood of Pride, celebrating together is just as vital after a year like 2020. And – fun fact! – in Minnesota we are lucky enough to have two separate Pride festivals. If ever there was a year to double up on Pride, 2021 is going to be it. 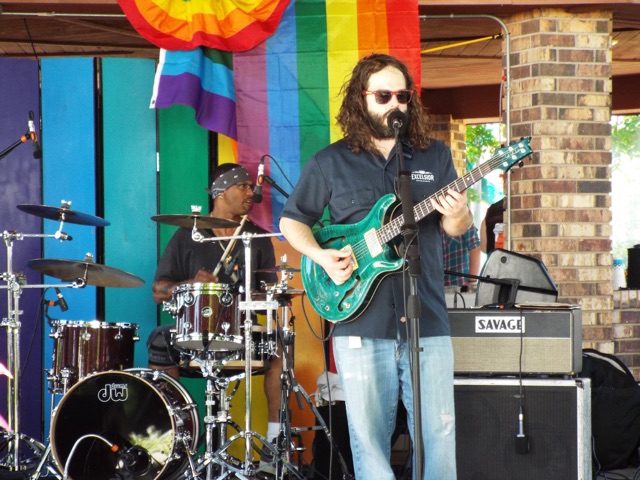 Musician Mark Joseph has been a long-time supporter and performer.

Phil Schroeder, who has been on the East Central Minnesota Pride (EC MN Pride) Board for the last ten years, was kind enough to walk me through the history, impact, and future of one of the few rural Pride celebrations in the country.

EC MN Pride has been running since 2005, when the East Central Men’s Circle, a discussion group created by and for gay, bisexual, and questioning men of the region, decided to host a fifth anniversary party for their group. The East Central Men’s Circle was originally nervous about hosting the event. They were “unsure how a gay pride would go over in Greater Minnesota,” Schroeder explains.

Consequently, that first year was relatively private. The men pooled together money to host a picnic, which was technically open to the public, but was not widely advertised. “We were skeptical about whether anyone from the LGBTQ community would show up in a public place,” said Don Quaintance, a founding member of the Pride Committee. “But a core group of fifty showed up for our first event, and it’s grown ever since.” 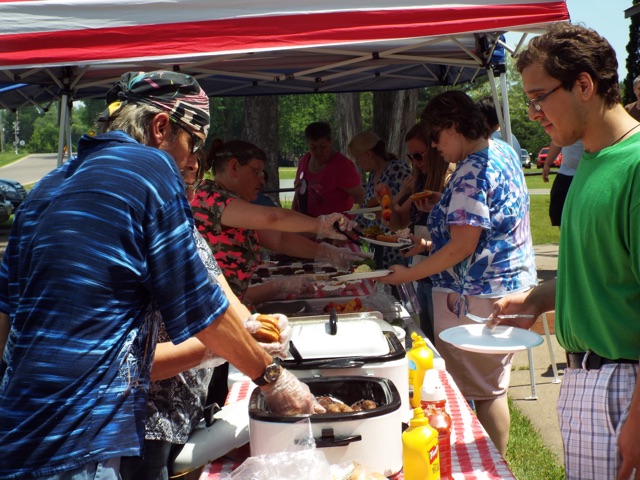 Great food and picnic have been a hallmark of ECMN Pride since its inception 15 years ago.

Annual attendance for the celebration now hovers around 400 people each year. The event is “primarily focused on reaching people in the five counties of Isanti, Kanabec, Mille Lacs, Pine, and Chisago,” says Schroeder, although there are frequently attendees from the Twin Cities, Duluth, and parts of Wisconsin as well.

Unfortunately, that original concern about celebrating Pride in Greater Minnesota was not completely unfounded. “EC MN Pride has endured despite a small segment of the local community’s opposition, protest, and other means to create barriers—both in promoting the event and accessing the use of potential locations,” Phil explains.

This opposition illustrates the importance of Pride celebrations in rural areas. “Many LGBTQ and people from other diverse backgrounds living rurally or in small towns still…find it necessary to go to neighboring large cities to find connection,” says Schroeder. 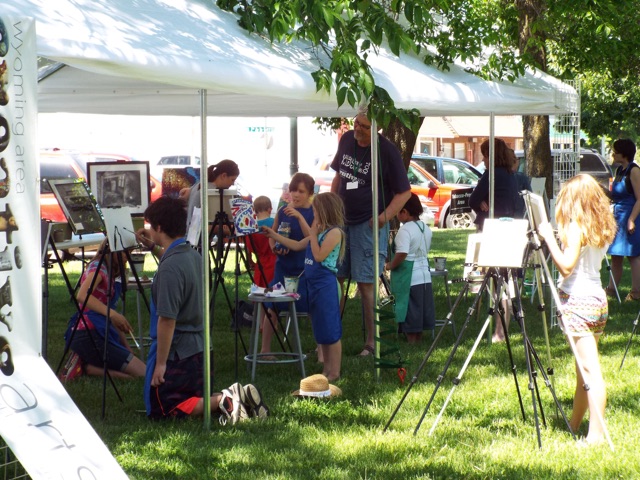 The move to Robinson Park in Downtown Pine City has allowed additional space for programming, such as the Kids Can be Artists Too! booth supported by the Wyoming, MN, Area Creative Arts Council.

EC MN Pride offers another option: a rural, LGBTQ event. “Without the event, organizers believe there may not exist an ‘LGBT community’ in this part of the State,” Schroeder explains. Celebrating Pride in a small-town setting is empowering for a sometimes overlooked portion of the LGBTQ community.

The high of 2019 made the cancellation of 2020 even more heart-breaking. “We considered moving to a later date, or perhaps an online event of some sort, but eventually we decided to cancel while still reminding people that ‘Pride is every day,’” Shroeder says. The board also hung a large banner in Pine City and provided stickers and flags for those who still wanted to acknowledge Pride.

The board is already working hard on 2021 in the hopes that it will be safe to gather by next June. “Thanks to the generosity, flexibility, and support of our local and regional funders and a host of others, we are able to carry over our dates, venue, entertainment and programming,” Shroeder says, “The biggest change will be the move from what had always been a first Sunday in June event to now the first Saturday.”

Even the musical lineup from 2020 is carrying over to 2021, which means that we can already look forward to performances from Mark Joseph and the American Soul, Rebel Queens, Jacob Mahon and the Salty Dogs, and Martina Marracino.

After listing everything that is in the works, Schroeder stops himself, “Ultimately, the COVID virus will determine if a June 2021 event will be possible,” he says. The board is hopeful, but safety remains a key factor in their plans.

EC MN Pride continues to grow. One of the few rural options for LGBTQ life and entertainment, this Pride celebration strives to be an inclusive, safe space for everyone. “While focusing on the inclusion of LGBTQ and other diverse groups…we hope will make the event open and welcoming to an even larger community,” Schroeder says, “The basic premise of our project hasn’t changed much over the years, but the group’s capacity to put on a large, high-quality event grows each year,” Schroeder says.

Let’s hope that in 2021 we will be able to celebrate the LGBTQ community together once more.