Cabenuva: A New Way for Our HIV Positive Community 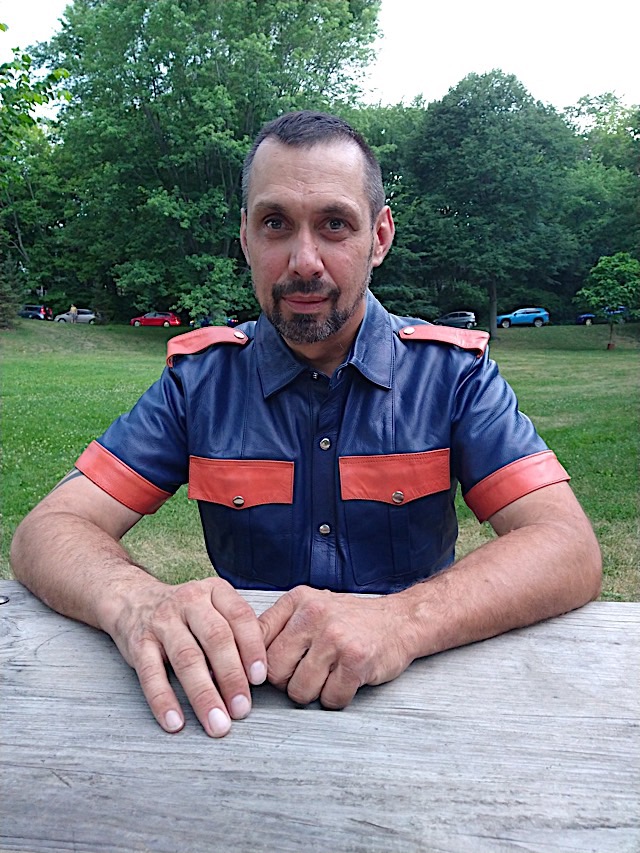 HIV/AIDS treatment has come a long way in the past 30 years.

Back in the early days, treatment required folks to take anywhere from three to 30 pills several times per day just to have a fighting chance. Today, the most popular form of HIV/AIDS treatment exists in the form of “combination pills,” which combine one or more drugs known as “antiretrovirals” into one single pill per day.

But now, as of January 2021, there is a new way, an even easier way: the first ever FDA-approved injectable HIV regimen that only has to be taken once a month or every other month, Cabenuva.

I spoke with a well-known member of our leather community who was not only a part of the drug’s clinical trial in our state, but was also the first person in Minnesota to be put on Cabenuva as a bimonthly regimen.

Meet Minneapolis’ Christopher Vadner, also known as “Boy Christopher,” one of only three people currently taking Cabenuva in Minnesota. Vadner is Minnesota Leather Pride’s 2018 “Leatherboy” title holder (you may have “met” him before in a previous issue of Lavender, his title-holding photo was featured in May 2018). Vadner is a Minnesota native, raised in the northern suburb of Andover, and was first diagnosed with HIV in July of 2012.

When asked about his journey with treatment, Vadner describes his initial experience taking combination pills. “Bed sweats, and nightmares like crazy,” were the most common side effects he notes. “I didn’t know where I was sometimes,” Vadner says, “Sometimes I had to get up at night and change my clothes ‘cause I was totally wet. … I felt like I was swimming in my own bed, you know.” Vadner says he dealt with the night sweats for about two years and it was a constant struggle for him to want to keep taking medication at all, understandably.

Another combination pill later and Vadner noticed something interesting in POZ magazine, a New York-based publication for the HIV positive community: an article about a new injectable medication for HIV/AIDS set to come out in about three years, but it was not yet FDA approved.

“’I can’t promise you, Chris,’” is what his doctor told him when Vadner shared his new discovery. The reality is that some drugs don’t pass the trials, and Cabenuva hadn’t gotten that far yet. Nonetheless, Vadner couldn’t have been more excited about the possibility.

“I hated taking pills,” Vadner says, and not just because of the side effects. He told his doctor at the time, “The biggest thing for me, if I could take this one drug, I don’t have to worry about carrying drugs with me when I go on my trips, or anyone asking me questions or snooping in my bags or anything.” Vadner says the stigma against people who are HIV positive is alive and well, and being able to tell people about his positive status on his own time and in his own way is something that is very important to him.

In October 2021, Vadner’s doctor finally gave him the call he had been waiting for.

Before Christmas, he was starting the shots.

When I asked him what it was like to start the trials, Vadner said there were a few things he was not expecting, but that overall it was a very positive experience, not a scary one. Vadner chuckles as he talks about being a little taken aback when he was rolling up his sleeve, ready for the shot, and the doctor said, “‘No, sorry Chris, pull your pants down.’” Turns out the injection just goes into each side of the hips (whew!), something he soon became used to.

He says that throughout the entire trial process staff were consistently checking in on him and asking him how he was feeling, physically and emotionally. Vadner graduated from the trial after seven months and continues to get his shots, but now only every other month.

Now that he has grown accustomed to his new lifestyle, Vadner says he really wants to show HIV positive folks in the leather community, Minnesota, and the world at large that now, “you don’t have to worry about missing a dose,” or “taking a pill every single day.” “It’s an easy way to do it, and a safe way to do it,” he explains. Vadner says his levels have been looking awesome since beginning the drug as he is no longer forgetting to take pills or skipping his medication due to bad side effects.

Vadner hopes to lead by example, blazing new trails for the betterment of his community.

“As the Leatherboy of Minnesota, I wanna say we should learn to try new things in our community. It’s a new adventure to be ‘pill free’ and it’s a safe thing. It doesn’t hurt to try something new.” Vadner wants to remind people that “… if you don’t like doing it, you can switch back.”

He also wants to encourage all people who are sexually active to get tested regularly for HIV, no matter who your partners are.

Vadner says he is happy to personally answer any questions anyone has about Cabenuva or to go more in depth about his experience. The best way to contact the Leatherboy is to shoot him a message on Facebook, he says. He also recommends talking to your health care provider, Red Door Clinic, The Aliveness Project, or Rainbow Health in St. Paul (where he volunteers) to learn more.