A Word In Edgewise: The Never-Ending Search 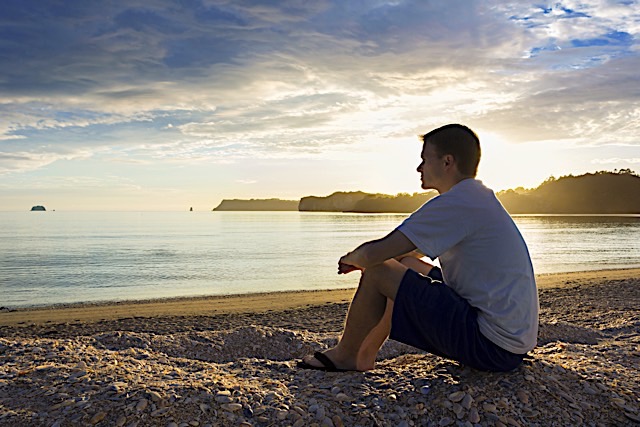 While three of this issue’s “Books” choices covered a near eighty-year timespan, it struck me that they each dealt with the human questions, “Who am I?” “Why am I different?” “Am I the only one?” “How do you manage to fit in?”

True, little Jacob, fictional protagonist of Ian and Sarah Hoffmans’ Jacob’s School Play Starring He, She, and They, cannot articulate these concerns as adroitly as do grown- up authors Phillip Truckenbrod (Winterset in Time) and Grace Perry (The 2,000s Made Me Gay), but he feels them, and could one day pen a memoir defining his generation’s solutions.

Jacob first appeared in Jacob’s Room to Choose, and Jacob’s New Dress (“one of the American Library Association’s most banned books of the decade”). “Choose” is a crucial word; not everyone has or had a choice, and choices have repercussions.

Phillip Truckenbrod grew up in the near-idyllic town of Winterset, Ohio, in the shadow of that Madison County Courthouse. A shy, introverted, churchly kid, Truckenbrod preferred the background to prominence, enjoyed school, loved bicycling, exploring the rural Iowa countryside, ever aware he hadn’t the kind of interest in girls his pubescent peers were showing. Gayness–“homosexuality” then–was never mentioned, either with family or best friends; any curiosity might be taken for admission. Without verbal communication and a lack of any kind of information sources–ask the librarian?– enjoying instant, global Internet in the privacy of your room was pure science fiction. Young and queer, you were hermetically sealed off from knowledge or the comfort of other “others.”

Truckenbrod’s younger brother Richard had no unaskable questions, married a “girl,” raised a family, was the Winterset Fire Chief, beloved by all. While not unbeloved, Phillip moved away after college, lived in various big cities and several careers. Yet he, too, found lasting love with partner John, their union lasting decades. Ingrained values remain. You may leave your small town, he writes, but the small town doesn’t leave you.

Between small town freedoms of the mid 20th century and the many choices available to real life Jacobs in the dawning third decade of this one, Grace Perry grew up in the “aughts,” a period presented in her acute, perceptive essays on the time’s pop culture as a deluge of information more obfuscating than explicit, more red-herring than help for a confused baby dyke. Perry watched nearly every episode of every show aired during the period, counting some in triple digits. Dawson’s Creek, Mean Girls, The Disney Channel, Grey’s Anatomy, The L Word…well, there were Ls and sex aplenty in that latter, but most shows danced around presenting actual, nuanced queer characters, leaving a puzzled teen floundering in cognitio interruptus.

Truckenbrod’s gay peers were kept under wraps, and Perry’s aughts were sent on snipe hunts with queer innuendo but no bag. Perry confesses now a certain jealousy of the newly-minted Jacobs, whose parents and teachers vie to pour healing drafts from golden vessels into the kiddies outstretched sippy-cups. Will they reach maturity with an inner “small town” to guide them true, or does some malicious trickster of their own generation await? Only time will tell.