A Word In Edgewise: Romance and Relationships: Clear on the Concept? 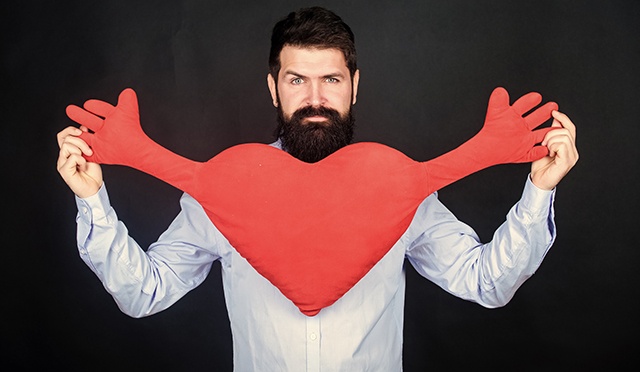 Romance and Relationships would seem, logically, to pair seamlessly, like Love and Marriage, though upon closer scrutiny all pairings will reveal fences, defenses, bulwarks within and without that create barriers between those involved that put New Jersey gerrymanders to shame.

To paraphrase comedian Henny Youngman’s iconic paraprosdokian concerning spouse Rose,  “Take Romance ….Please,” The word “romance” itself is slippery, and may apply equally to a book, a Latin-based European language, or a mesmerizing, heart-thumping desire for another living being. In the latter overwhelming emotion lies danger; hidden shoals; undertows; keel-shredding reefs. Edward VIII’s abdication of the British throne for the twice-divorced Lady from Baltimore was a Romance heard round the world, but the truth, later revealed was less … well, less Romantic.

Re-view that bleak Christmas tale, A Lion in Winter, plenty of relationships, little romance, prefiguring in 1183 the 1960s dysfunctionals in Who’s Afraid of Virginia Woolf?” where fictional Martha and George’s frictions are outshone by the viewing public’s knowledge of the pyrotechnics of real-life Liz and Richard. Their Relationships and Romances surge beyond the bearing of the average nervous system.

Romance developed from Romanus–Rome and Romans–and by the Middle Ages begat Romanice, “written in the vernacular,” i.e., not Latin, and thence to romans and romances, metrical tales of valor, knighthood, derring-do, and Love, in all its ramifications. “Romance” then described those Latin-derived tongues mentioned above, including French, Italian, Spanish, while “Romantic,” in English, described a broad range of things beyond inventive storytelling, now including types of mythic scenery and paintings. “Romance,” of course, is also a genre of English novel suffused with love romance and relationships, high adventures that may soar into realms of improbability and treacle. Romantic here becomes logic’s antithesis.

“Relationships” is as broad a rubric as “Romance,” subsuming any two or more people who ally for any activity from fishing buddies to anarchist cells. Around Valentine’s Day, most of us think of relationships with that special other,” though “other” now may be more heterogeneous than was acknowledged in, say, 1954.

It’s good to ponder just what one’s own romantic impulses are, which relationships we want to encourage, and which of them might want to encourage us; they’re not always the same. As ever, romance remains ever slippery, evanescent, encouraged as much by our neural pathways and electrical pulses than by the transit of the gibbous moon.