A Word In Edgewise: Remembrance and Recovery, As Best We Can 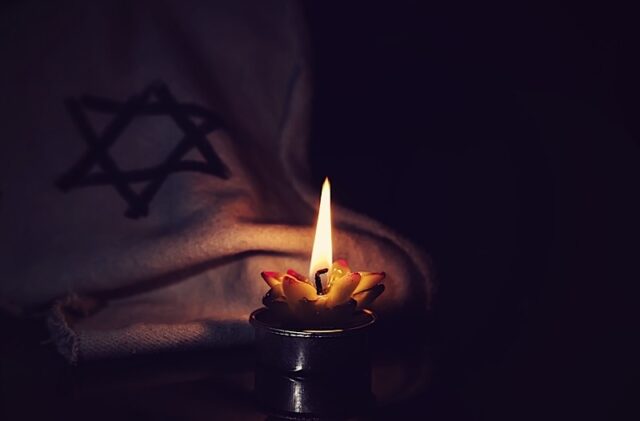 “Remembrance” and “Recovery” are imperfect descriptors, and describe imperfect outcomes, but they are the tools we humans have to work with. Even your presence at the moment of some tremendous action; conflagration, explosion, wartime outrage, you comprehend only through your own eyes, at your age, with your previous experience–even your willingness to see. This year, Yom HaShoah, Holocaust Remembrance Day, will be observed from sunset April 27 to sunset April 28, to think of the six million.

“Shoah” may be translated “catastrophe,” or “utter destruction” in Hebrew. And yes, parts of the world before and since have undergone warfare and genocide; the Katyn forest, the Holodomor throughout Ukraine in 1932, but here I offer two books for those who would like to comprehend on a personal level, how the Shoah of the Holocaust affected the victims and on into future generations.

Daniel Mendelsohn’s The Lost: A Search for Six in Six Million (2006) and Glen Kurtz’s Three Minutes in Poland: Discovering a Lost World in a 1938 Family Film (2014) relate two individual’s attempts to search for family members who died decades before their birth. These paragraphs are but fragments, reflecting the shards of knowledge the authors recovered, how close, how far away the full stories remain.

In 1938, Kurtz’s grandparents, David and Lisa Kurtz, together with three friends, boarded the Holland-America liner Nieuw Amsterdam for a six-week trip through Europe. David had a new state-of-the-art 16mm cassette movie camera and took both black-and-white and Kodachrome color films of tourist attractions along the way. He also recorded three minutes of film in the small, predominantly Jewish shtetl of Nasielsk, Poland. Seventy years later, this footage remains the only prewar images of everyday small town life.

But no one considered that, then, and Luck is always a factor. Grandfather’s reels slept through the decades in Kurtz’s parents’ closet in Palm Beach Gardens, Florida, until he happened upon them in 2008.

Mendelsohn’s knowledge of his missing Six, came in part through his own grandfather’s stories. Abraham Jaeger had hundreds, many tiptoeing around his brother Shmiel Jäger (one of many spelling variants), his wife Ester, and their “four beautiful daughters,” who were “killed by the Nazis.” Shmiel had actually come to New York City in 1912-1913, but deciding the place was “unlucky” for him, returned to doomed Bolechow, Poland (now Bolekhiv, Ukraine).

Grandfather’s stories, Mendelsohn recalls, were nested, Russian dolls or Chinese boxes, their meanings revealed only years later, once the author had met with survivor contacts as far away as Australia. As a boy, his grandfather had said the six were hidden in a castle (kessle) then were betrayed. Others held different opinions on the betrayer–Neighbor? Foreign maid? And what castle? There were none near the village. In reality (a spoiler of page 482) Mendelsohn descends into a dank, dark, airless hole in a local cellar and realizes Shmiel and one daughter had hidden there; in a kestl (Yiddish for “box,”) not a kessle, and there they were betrayed, removed and shot in that yard, by that tree.

Kurtz took his film, crumpled and decaying, to the United States Holocaust Museum in Washington, DC, where it was restored–as well as it could be–through complicated processes that transferred the deteriorating film, now within months of total destruction, to a polyester-base archival print. Luck beyond this good fortune, was an incredible e-mail from a woman who had seen the film and recognized one of the village boys as her grandfather, Maurice Chandler. Still alive, 86, living in Florida, he would like to meet with Kurtz. Lucky too, that Morry (soon become more friend than responder) had a formidable memory and was a springboard for Kurtz’s identification of six more–of the 3,000 Jewish inhabitants less than 100 survived.

The books are long, defying a quick summation, but offer clear indications of the power of memory–as well as its pitfalls. But each shard gleaned of a person’s story recognizes a lived life; their sum a testament to their lives and specific end. The Nasielsk neighbors, the six Jägers were real, were individuals, not interchangeable numbers in a ledger, or even less, expendables to be erased completely.

Everything dies in time. Film decomposes, memories disperse, bodies perish whether in flame or asleep in bed. But while we’re here, we all want to be seen, to be recognized, as a self. Embedded in boxes or canisters (and only a few parts of the whole) they cannot hear the accolades, but they have finally been seen, their life acknowledged.