A Word In Edgewise: One Man’s Cult Is Another Man’s Culture 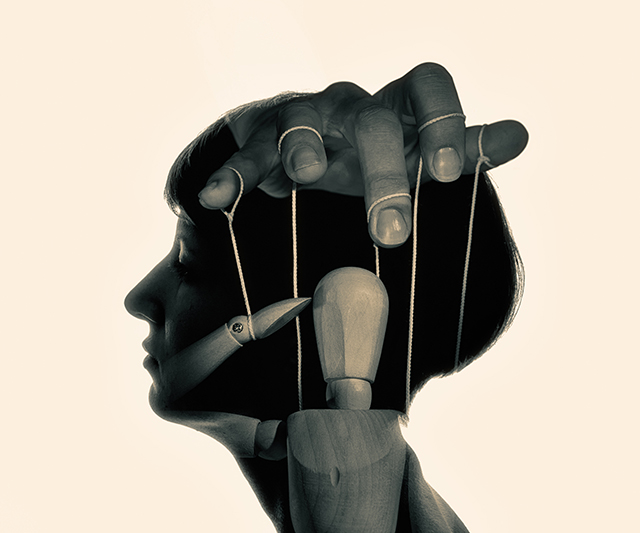 What is a cult? Who becomes a cult leader and what is their appeal? The lines are not always as clear-cut as one would like.

Cults usually have a central leader whose followers have been drawn to serve that individual’s driving needs, the most obvious of which are power, money, sex, and fame.

Notable of twentieth century cults was Charles Manson and his murderous following, and Jim Jones and his flock seeking a “socialist paradise” in Guyana. In addition to the murder of Congressman Lee Ryan, Jones was responsible for the deaths of 918 followers and his suicide.

David Koresh and the Branch Davidians in Waco, TX, believed the end of the world was near, while Koresh also held, in a broad definition of “spiritual,” that all women were his spiritual wives. An ATF attempted raid led to the death of four agents and six Branch Davidians, and thence a 51-day standoff, ending on April 19, when the FBI, with tanks and .50 caliber rifles arrived. Seventy-six died.

In 1997, former professor Marshall Applewhite, founder of Heaven’s Gate, preached that after shedding their earthly bonds, he and his followers would leave on a spaceship as the Hale-Bopp comet sped by. On March 26, Applewhite and 38 followers, clad in black sweats and Nike Decade sneakers, shared a cyanide, pineapple juice and vodka toast and “graduated.”

Deep in the Depression there was Huey P. Long, the “Kingfish,” Louisiana governor and US Senator. Folksy, flamboyant, autocratic, he held advanced ideas for social reform, welfare, sweeping infrastructure upgrades. He also kept bodyguards close and used intimidation; he fired the legally-elected lieutenant governor, replacing him with chosen successors to do his bidding in Washington. On September 10, 1935, Long was assassinated by the son of a man he had harmed. He was 42. Not strictly a cult leader, but draped in a cultist’s mantle of charisma, control, and violence.

On the distaff side is Aimée Semple McPherson (1890-1944). “Sister Aimée,” or “Sister,” was a Pentecostal Evangelist who founded the International Church of the Foursquare Gospel. McPherson aimed to make Christianity central to American life, holding faith-healing demonstrations that drew tens of thousands. “Darwinism undermines morality,” she asserted, and supported William Jennings Bryan in the 1925 Scopes trial.

When she died of a Seconal overdose in 1944, it took 11 trucks to haul $50,000 worth of flowers to her gravesite at Forest Lawn Memorial Park. Today, ICFG still maintains “over 8.9 million members in over 90,000 churches across 146 nations.”

Is “cult” only in the eye of the non-believer? All the individuals above, whatever their outcome, evinced tremendous, narcissistic energy clothed in a magnetic charisma, that drew receptive followers into their orbit. It’s easy to say, “Oh, I’d never…” But anyone, from whatever background or degree of education, can be swayed by personalities that mirror their needs, perhaps not to the degree of total submission, or, perhaps we’ve just been lucky enough not to meet the key combination. Yet.